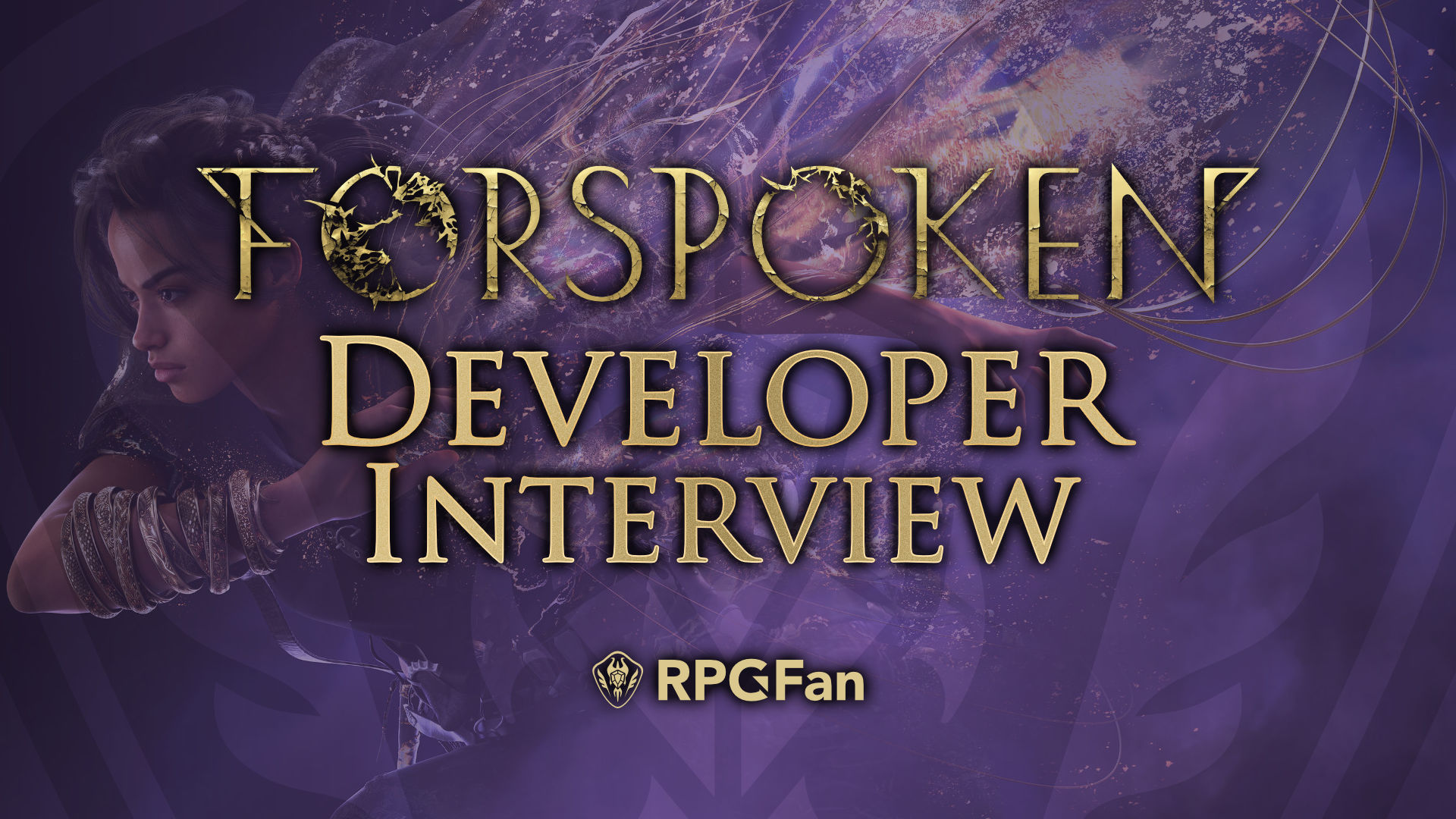 Last week, thanks to the lovely people at Square Enix, I had the opportunity to get some hands-on time with Forspoken, which you can read about here. I also had the privilege of speaking to and interviewing Takefumi Terada (Co-Director), Takeshi Aramaki (Head of Luminous Productions and Director), and Raio Mitsuno (Creative Producer) of the Luminous Productions development team at the event by way of an on-site translator. I hope you enjoy this interview with them that I kept short and sweet in hopes more people are excited to get their hands on Forspoken.

RPGFan: So I have to start by asking about Frey. As a native New Yorker, I love Frey and found her to be a very cool and fun character during my time with the game. As far as I know, there has never been an RPG character from New York City, which begs the questions: what were some of the influences for Frey, and why New York City as her background? Also, what drew you to Ella Balinska as the voice of Frey?

Raio Misuno: Well, thank you. When we started the design process, we started from the inside out. What are her characteristics, what is her personality, what is her favorite food, is she a dog person or a cat person, all the details that make a character what they are. We started there, and once we figured all that out, we started the casting process, and we came across Ella Balinska. She checked off every one of the boxes in terms of that strong determination and amazing sense of humor that we wanted Frey to have, but also that soft, vulnerable side that you can see from time to time, and all the complex sides of Frey she was able to capture and portray. We then decided to model the character after her so that the character would be as authentic as possible. We then knew we wanted to create a fish out of water story, so we wanted [to take] a character from our world and our modern times and throw her into this fantasy world. So once we had the story and the character, it was one of those things that we just felt, this is a character from New York, and it naturally gravitated toward that. It’s also great that New York is such a well-known place, because it was important with a fish out of water story for the players to have a connection to the characters. They are our avatars, and they understand our world as much as we do, and her being from New York really adds to that layer of connection.

RPGFan: What was the idea behind mixing parkour and magic together?

Takefumi Terada: When we were initially creating Forspoken, from a story aspect, we had a modern-day female protagonist who gets transported to this magic-based fantastical world called Athia, so we started off thinking of an action that exists in our own world we could use, and parkour came to mind. So, we went in and researched parkour and looked into what kind of actions you undertake in parkour and the kind of speed you get while doing it and took that into the world of Athia. So if you add on that element of magic and fantasy to parkour, you can get even more speed or height or whatever else that really adds to that parkour experience, and that is where the initial idea came from.

RPGFan: Were there any real-world cultures or histories that helped shape the aspects of Athia during development?

Raio Misuno: We didn’t base Athia on any existing civilizations or cultures. I know from a design perspective, our goal was to create a very new fantasy world that didn’t feel like anything else, but we did do location scouting. Romania was a big one we used for more references and to get a feel of the air of cities where really old architecture still exists and what it might be like in Athia for inspiration. In the end, when [the team] brought the designs into the game, they put their own original spin on them so that it felt authentic for Athia.

RPGFan: So it has been six years since Final Fantasy XV, which was the last game to use the Luminous Engine. Do you feel that with all the new technology, such as the PS5 and graphics cards that can Ray Trace and display stuff at 4K, you have the tools and power to make full use of the engine now?

Takeshi Aramaki: Looking back at each and every moment of our history of the Luminous Engine, we have been drawing on its full capabilities at any given moment in time; however, the Luminous Engine has also evolved. When we were developing Forspoken, we created the world editor tool to really build out the vast environment and make it easier to build. We have been using Ray Tracing, AMD technology, and direct storage with a high-speed SSD to make a seamless world with almost no load times. So yeah, with this new technology and the advancement of the Luminous Engine itself, we feel we can draw on all that power to deliver this Forspoken experience.

RPGFan: It feels like almost every game nowadays is open-world or has some aspect of open-world in it. What separates Forspoken from all those other games?

Takefumi Terada: With regards to open worlds, we did a lot of research into it and what types of open worlds are offered in other titles; however, what really differentiates ours from theirs is Magic Parkour. Forspoken‘s open world is built around the actions and capabilities that Magic Parkour allows, and what that means is you have this fast-paced traversal, but the expansiveness and size of Athia takes into account how fast you can travel those lands. The terrain and obstacles take into account how high you can jump or vault, for example. We set out to make a great massive playground where you can enjoy the Magic Parkour system, so in a sense, the open world really exists so that payers can enjoy the Magic Parkour system, which sets our open world apart.

RPGFan: There are such unique sound and music differences between when you are inside and outside of Cipal that it almost comes across as a lonely feeling when you are exploring the world, which makes sense in context. What was the inspiration behind the soundscapes of Forspoken?

Raio Misuno: It really speaks to the artistry of our two amazing composers, Bear McCreary and Garry Schyman, who are amazing in their own right; they are a gift that keeps on giving. So it really depends on what realm you’re in and what situation you are in. The track you described as lonely is called “Vagabond,” and you were spot-on with what we were trying to convey with it. This is Frey’s adventure; she is the only one who can [venture] out in the world, so there is a feeling of loneliness but a sense of adventure as well. It’s something you just feel, and words can’t really describe that sound. Our composers are amazing in what we were going for and delivered time and time again, often going further than that. The different realms have different characteristics, so the composers were like, let’s introduce this type of sound for this realm. Or they would go, “I want this realm to sound like this,” and it really gives the world a dynamic flavor to it that you never feel like you’re hearing the same thing over and over again. The soundtrack is amazing, and we are really proud of it as well. We hope players will enjoy it.

RPGFan: So I only have one final question for everyone, but it is maybe the most important question that people want to know. Can you pet the cats?!

Everyone: *Laughs from the room*

Takefumi Terada: So YES, you can pet the cats! We have many people on the development team that love cats as well, but Frey herself is also a cat lover: she has her own cat, Homer! What she likes and enjoys is central to her character, so the cats are important. Within the world of Athia, there are cats in Cipal and out in the open world, and we would love for players to go out and pet all of them!

RPGFan: Thank you all so much for your time today! I am looking forward to Forspoken when it comes out and appreciate your time in answering all these questions! Thank you so much!