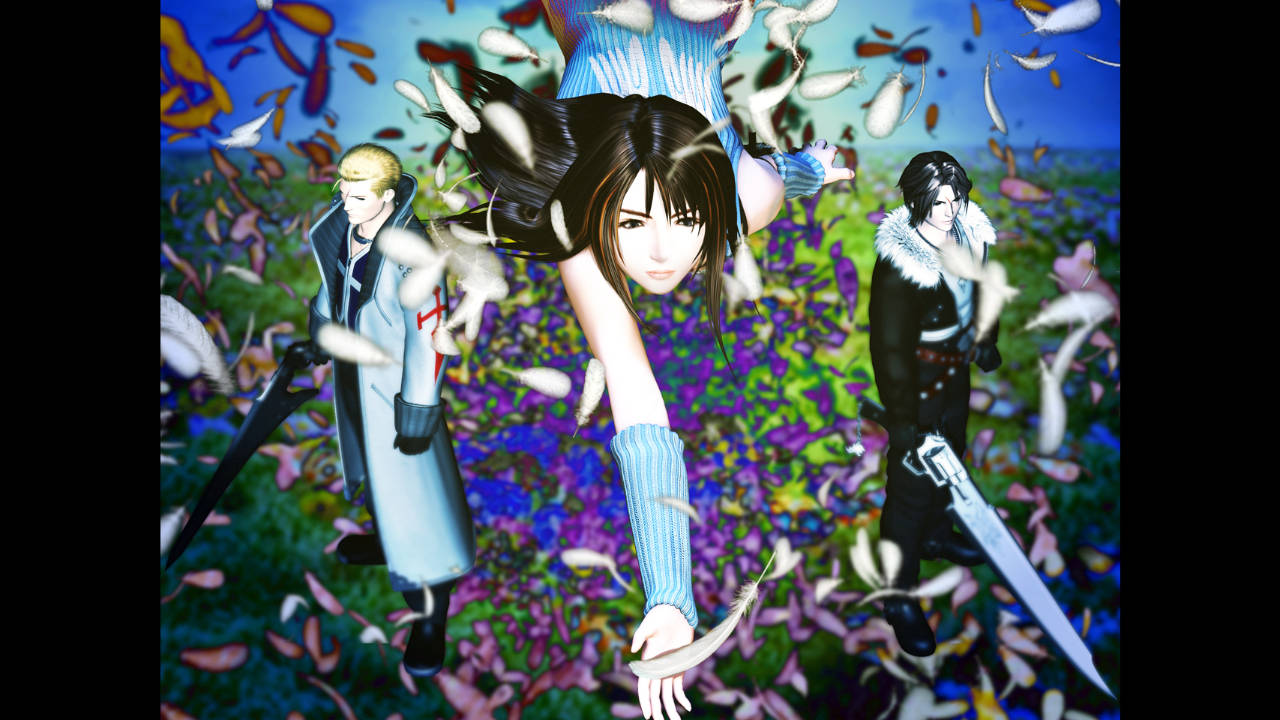 Relationships are fascinating in that they’re all kinds of wonderful but can be messy and complicated as well. Human existence is all about relationships. We harbor relationships with our parents, siblings, extended family, friends, colleagues, first dates, lovers, neighbors, the world, ourselves, and everyone and everything else I’m too lazy to list. Relationships play crucial roles in defining who and what we are, and the one thing we can all agree on is that they’re quite complex. Every conceivable stage of every imaginable relationship has its own unique challenges. Sometimes a relationship’s very nature defies classification. Even definable relationships manifest differently in all of us. For example, your relationship with your best friend differs from my relationship with mine. Sometimes the people in your life aren’t who you expected them to be and you wonder, “Wow, how did we end up in each other’s orbit?”

Many JRPGs I’ve played favor simpler and more direct character relationships that avoid messy entanglements. They are uncomplicated fantasy escapes that offer a reprieve from real-world madness. On the other hand, we have games like Final Fantasy VIII and Final Fantasy XIII — two misunderstood games from the venerable series that actually attempted to show some of the more complicated and perhaps less flattering aspects of relationships.

It would take a lengthy and cumbersome graduate thesis to get into every relationship complexity presented in Final Fantasy VIII and XIII. Ergo, I chose to look at the following examples: a challenging roadblock in a budding romantic relationship and a pair of relationships that defy classification yet somehow make sense.

When Your Love Interest’s Ex is Someone You Loathe (Squall, Rinoa, and Seifer – Final Fantasy VIII)

It’s not unheard of to date a person only to find out that one of their exes is someone you dislike for any number of reasons. I’m sure plenty of you have dated someone with that particular baggage. What’s your reaction? Would you be mature enough to let it go because you’re secure in knowing the person is with you now? Or would you lose sleep due to nightmares of that disliked ex smugly looking down at you like, “I had them first!” Even grown adults succumb to the latter because that relationship wrinkle is emotionally challenging to deal with.

With that in mind, one of my most memorable scenes from Final Fantasy VIII involves Rinoa opening up to the group about having dated Seifer in the past. Squall is completely at a loss in how to emotionally handle that reveal. The girl who flirted aggressively with Squall at a party now says she used to date his bully and speaks positively about him! I’m not surprised that Squall had a meltdown afterward. That is a lot for a teenage boy inexperienced with relationships to unpack. That brief little Rinoa-Seifer reveal in Final Fantasy VIII had a significant impact because I had never played a JRPG that even attempted to throw such a realistic wrench into a leading couple’s budding relationship.

Let’s start with Vanille and Fang. A large faction of the online community says it’s a no-brainer that they are a same-gender couple. After all, Fang was reportedly written as a male character originally, so it would only make sense that she and Vanille are lovers. Of course, plenty of others online aren’t sure about that and see their relationship as more familial. I choose to accept Vanille and Fang’s complex relationship for what it is, even if it presents as vaguely as Final Fantasy XIII’s generally muddled worldbuilding. So what if Vanille and Fang’s relationship status is a little murky and not something we can compartmentalize into a nice neat little box? It feels right and genuine in the context of the game, and that might have to be enough. Uncertainty happens in every relationship. How many times have we thought to ourselves or asked the other person, “What are we?” Sometimes the answer is, “I don’t know,” and while that seems like a non-answer, it’s often the most honest one because we’re still wrapping our heads around something new to us.

Hope and Lightning’s relationship has equally put the Internet into a tizzy. With all the fan art, fan fiction, and other assorted speculation online, it seems like everyone is confused about what Hope and Lightning are. Is their relationship friendly, familial, war comrades, mentor-mentee, possible crush, some other unique entity, or a little bit of everything? Within each of those labels lies variation and complexity. For example, is a mentor relationship a teacher-student one, a master-apprentice one, something akin to Henry Higgins and Eliza Doolittle in My Fair Lady, or something else entirely? The mentoring aspect of Lightning’s complex and multifaceted relationship with Hope seems to take bits and pieces from all of those and more. And that’s only the tip of the iceberg. I’m not even sure how to unpack the rest of their relationship. I feel like their relationship should be appreciated rather than deconstructed.

What I appreciate most about the Hope-Lightning story arc is that their relationship defies labels yet is very meaningful. Hope has the most dramatic character growth due in no small part to Lightning, yet Lightning grows a lot thanks to Hope. It’s often said that meaningful people enter our lives when we need them the most. They’re not always who we expect, nor do they appear under expected circumstances. Hope was the tagalong that Lightning didn’t want but actually needed. Lightning seems the least likely person a lost and traumatized child would latch onto, but she was the person that Hope needed. Those precious yet fleeting moments of Hope and Lightning bonding in Final Fantasy XIII were my favorite parts of the game, and their relationship was special because it had all the best aspects of several definable relationships, along with distinct qualities that transcend all of them. Hope and Lightning’s relationship is messy and remains complicated to define, but somehow it makes sense. And that’s how many relationships are, right?

What’s interesting is that everything I discussed here comes from the softer moments in Final Fantasy VIII and XIII. Both games went for broke on next-level visuals, pomp, and bombast, yet were most powerful during their quieter and more reflective scenes. Both of those games’ most poignant moments occurred when they delved into the more complex aspects of characters’ relationships. Pity those golden nuggets, like Rinoa’s past with Seifer, were dropped as quickly as they were introduced. I would have liked them further explored in their games’ narratives. Still, I’m just glad that mainstream games like Final Fantasy VIII and XIII acknowledged that relationships are not always the sunshine and fairy tales we fantasize about. Relationships are complicated, messy, confusing, challenging to navigate, murky, and often misunderstood. It’s not lost on me that two Final Fantasy games most known for those qualities remind us of that.