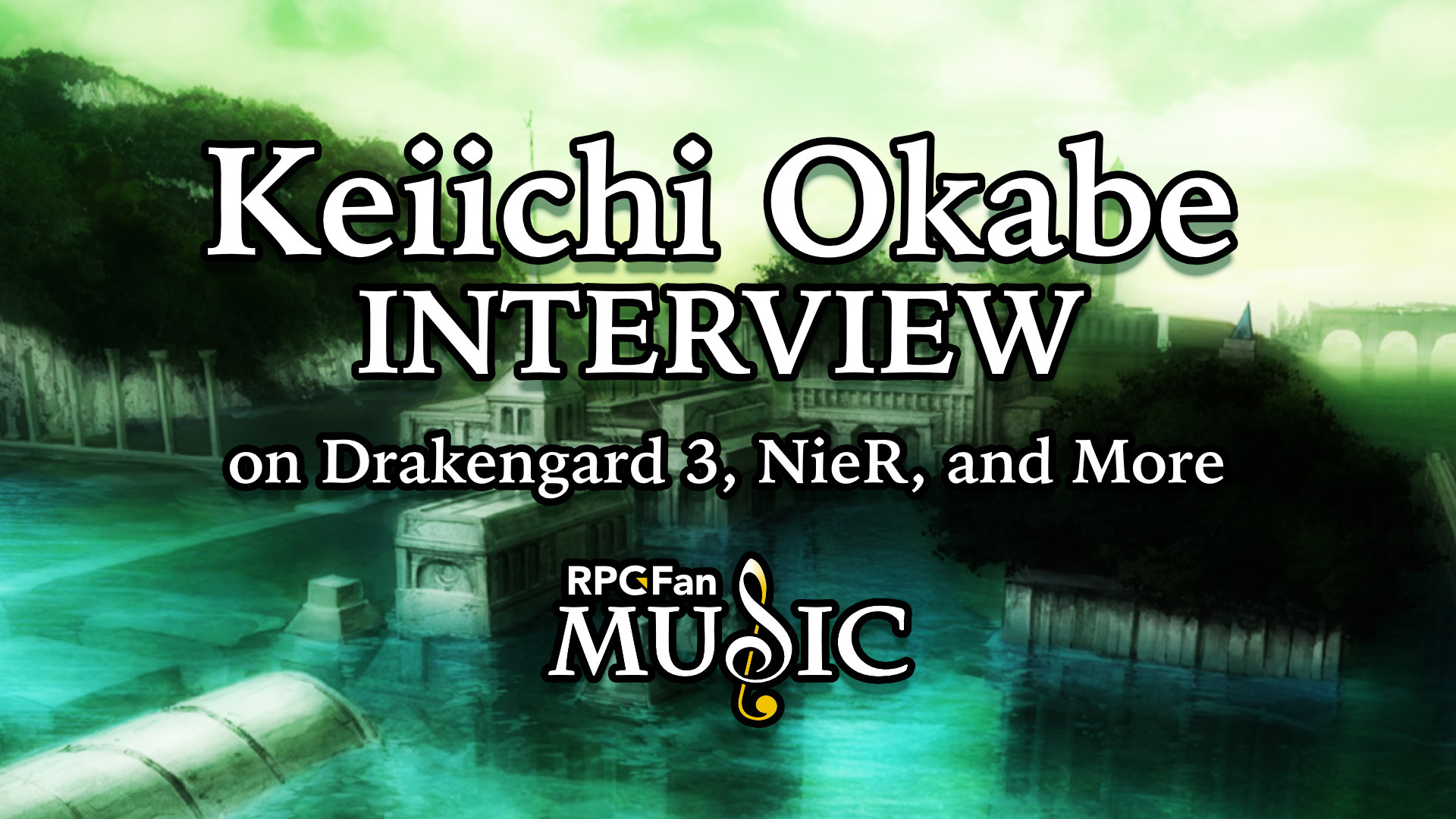 Drakengard 3 is out now, in all of its violent and bizarre glory. While the game itself attracts attention on its own, many players were delighted to hear that its musical stylings would be crafted by none other than the team behind its spiritual predecessor, NieR. MONACA composer Keiichi Okabe was gracious enough to take some time from his busy schedule of melodymaking to answer some of our burning questions, and you can check out the results of that interview below! (In case you missed our review of Drakengard 3, be sure to give it a read.)

RPGFan: Can you tell us a little bit about your background? What kind of musical training do you have? How did you become involved with writing music for video games?

Okabe: I began taking lessons on the electric organ when I was 4 or 5 years old, and continued until about 12 years old. Songs that were listed in the text books not only contained classical music, but also included foreign pop songs and movie music from the ’60s and ’70s with some arrangements made to match the level of the performer; I feel that my current musical sensibilities were greatly affected by these.

After that, I didn’t really learn from a particular teacher, but I honed my music creation skills through various activities such as joining a band, multi-track recording, and DTM recording (desktop music recording; recording music on the computer).

After graduating college, I was hired onto Namco Corporation (now Bandai Namco Games) as a sound creator; that was my start in writing music for video games.

RPGFan: The soundtrack to NieR was an unexpected, breakout hit that has garnered tons of positive attention from fans and critics alike. Knowing how successful it was, how did you handle the pressure knowing that the music for Drakengard 3 would be inevitably compared to your previous success in NieR?

Okabe: When I was assigned to handle music for Drakengard 3, I felt that the consumers would expect the music to be in the same vein as NieR, and so my intention was to make music that is in that sort of direction. However, once the project started, Director Yoko Taro came to me and the first thing he requested to me was this: “I want you to create something different from the previous Drakengard titles or NieR.” And so, I created music with the stance to make something different from the previous NieR. After starting on the actual work, that pressure kind of went away. In the end, there were some songs that were much like those of NieR, (laughs), but it may be a result of my creative colors showing through.

RPGFan: The score for Drakengard 3 has so many talented musicians involved! Can you talk a little bit about the process behind having so many composers contributing to a single project? What are some of the challenges and benefits of having such a big team working on the music?

Okabe: In NieR, I put my efforts into keeping the feel of the world consistent, but with Drakengard 3, I wanted to broaden the range of variety. Even with an assignment to create under the same “theme,” each creator would bring their own color, so I’ve asked many composers to write songs on this game. That being said, when expressing one world through multiple creators, it would become mish-mashed and confusing if each individual did what they want; so it’s tough to keep a clear direction while having a consistent mental image.

RPGFan: How closely did you work with the development team on Drakengard 3? Was the music written alongside the game’s development, or separately? What was that process like?

Okabe: When I joined the creative process, the character designs and plot line were already established, so after having those shared to me, I asked Director Yoko about what his creative intention behind each scene were, or if he had any particular requests, and then I began writing the music. Once a rough version of a piece is made, we implement it into the actual game and double-check on the impression of the song, then I would tweak it or even remake the track if needs be, and repeat that process.

RPGFan: There’s a big stylistic shift between the first disc of the soundtrack album and the second. Was that a conscious decision to change the tone of the music as it progressed?

Okabe: I mentioned this before when I was talking about working with multiple composers, but with Drakengard 3, I wanted the music to have a broad range of variation. Especially with the Boss Battle, Director Yoko had requested that these would have a different impression from typical stage music, so I made a conscious effort to bring out the contrast in the sounds.

In the game, these songs blend in to one another, but on the Original Soundtrack, the tracks are rearranged so that each disc has a different concept.

RPGFan: Speaking of style, there’s a really fascinating fusion of rock/orchestral/electronic sounds in Drakengard 3‘s music. What inspired that?

Okabe: First of all, the world view of Drakengard 3 and the requests from Director Yoko presides. Then I build on that to create an image of music that I feel is attractive. And so, it’s not about thinking “mixing X music with Y,” but maybe more about mixing the roles of each sound and what imagery it depicts, such as: “orchestra sound fits best to depict the feel of the world, with rock to express the intensity of battle, and then to top it off, wouldn’t it be lovely to add this kind of melody?”

RPGFan: Are there any styles of music or genres that you think haven’t been utilized enough in game scores that you’d like to work with?

Okabe: Because there are such a large number of games available, I feel there probably are no styles of music or genre of game scores that hasn’t already been heard before. However, being able to mix and match, or having the player being able to control how a piece of music unfolds can only be done in a video game, so being able to express music like that may be fun.

I may be repeating myself, but the music of NieR and Drakengard 3 was conceived through being stimulated by the world, character, story, etc. of the games, so by being able to take part in the development of these wonderful games, I myself am looking forward to new ideas being born.

RPGFan: What kind of music do you listen to? What are some of your favorite artists or groups? What about other game composers?

Okabe: If I were to list music I’m listening to, or my favorites, the list would not end, but in terms of composers that have a great influence over me, I would list Henry Mancini, Ennio Morricone, Ryuichi Sakamoto, and many others.

RPGFan would like to thank Emily Shoji at Square Enix for arranging and Aimi Tokutake for translating this interview!