Drakengard 3 is not a game I can recommend to everyone, but it has a way of sucking the player in despite its sadistic tendencies. 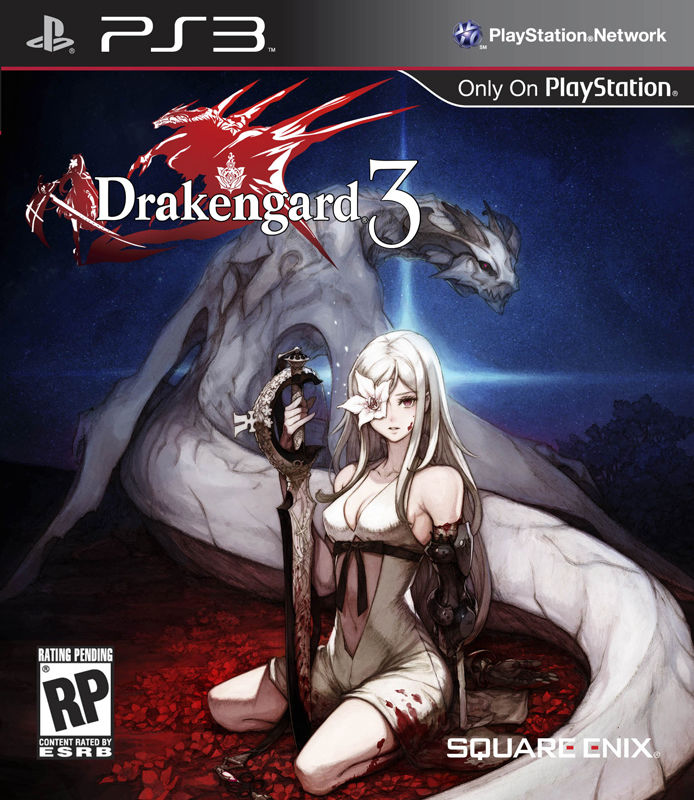 After playing RPGs for the majority of my life, I’m used to tropes: swords and sorcery, knights and ogres, parasitic eye flowers and baby-voiced dragons obsessed with talking about pee… you know, typical genre conventions. Okay, that last bit might be a stretch, unless we’re talking about Drakengard, a series with a reputation for two things: mediocre gameplay and unflinchingly bizarre, often unsettling subject matter. Drakengard 3 continues this trend by melding stale, Dynasty Warriors-style combat with one of the most unusually compelling RPG stories in recent years. The murderous Zero’s tale of sororicide is far more complex than it appears on the surface, although it takes serious commitment to see through to its conclusion, thanks to maddeningly repetitive combat, boring mission objectives, and a frustrating lack of technical polish. It’s a strange experience that isn’t actually all that fun to play, but something about its unique brand of narrative insanity was enough to push me forward whenever I approached my breaking point.

If I were to reveal anything of the game’s story beyond what has been featured in promotional material, I would be taking away most of its allure. The narrative begins in medias res, with the Intoner Zero about to murder her five sisters, all of whom rule over different parts of the world with the power of song magic. Little is explained about why Zero has such a thirst for blood until very late in the story; even after obtaining the first of the game’s four largely bleak endings, virtually nothing about the true nature of Drakengard 3’s plot is revealed to the player. This ever-present sense of mystery is what makes the game so fascinating. Zero is a foul-mouthed butcher who travels around with four sex-crazed “Disciples” and a gigantic dragon with the voice of a toddler. The banter between these characters is strange and often hilarious, although some characters are more one-note than others. A couple of Zero’s Intoner sisters receive a disappointingly small amount of screen time, which surprised me after getting to know them via the novella chapters available on the game’s official website. There is DLC that makes each of them playable in a prologue of sorts, although only one of these stories was available at press time.

Where Drakengard 3 stumbles, falls, and eats a copious amount of dirt is in the gameplay department. Zero proceeds from stage to stage in a linear fashion, each one a roughly fifteen-minute affair full of requisite hacking and slashing. Enemy groups are severely lacking in variety; Zero cuts swaths through identical hordes of faceless soldiers and boring fantasy creatures. Four weapon types are at the player’s disposal — swords, spears, chakrams, and gauntlets — and although some weapons have unique attacks, combat amounts to little more than mashing buttons and frantically dodging. It’s outrageously tedious stuff that is made almost unbearable by a laughably shaky framerate and an uncooperative camera. The game jerks and stutters constantly, during both actual gameplay and in cutscenes. I might be more forgiving if Drakengard 3 looked good, but it doesn’t; outside of the main character models, everything screams “low-budget,” with muddy textures and a murky color palette. It’s an ugly game, but it has ugly thematic material, so I suppose there’s some amusing irony at play.

The grind-heavy nature of the game extends beyond combat itself. Every aspect of Drakengard 3 is permeated with a sense of needless repetition, to the point where characters break the fourth wall and openly mock the game for it (an idea that, while funny, does not excuse the developer’s conscious decision to implement such irritating sequences). Nearly every mission requires Zero to run down a straight line, kill enemies, and repeat. Boss fights mix the action up somewhat, but they are outnumbered four-to-one by tedious “regular” stages. The final branch of the game, which contains a wealth of important exposition, as well as the true ending, is locked behind a torturous two-part wall: not only does the player have to collect every weapon in the game — a task that requires repeating the same missions over and over to earn money — but the final battle is absurdly difficult and unbalanced, necessitating near-perfect execution for a shot at victory. It’s enough to drive all but the most patient players to the point of mental exhaustion.

Assuaging the pain of Drakengard 3’s gameplay is its killer soundtrack. Sound team MONACA, which includes NieR veteran Keiichi Okabe, returns to provide a varied and dynamic score that matches the hysteria of the on-screen action. Soft vocal themes like “Fallen God” contrast with boss themes like the bass-heavy, electronic “The Comrade’s Song / Gabriel” and the in-your-face gabber of “Redeemed Invasion / Almisael.” The two haunting and catchy theme songs, “Black Song” and “This Silence is Mine,” have been standbys in my music library for months now. It’s absolutely fantastic stuff, but the in-game presentation suffers from some uneven mixing; songs are a bit too quiet and muffled by other sounds. The voice acting, which is largely praiseworthy, is similarly unbalanced — it sounds tinny and low-quality. This is a game that could have benefited from better audio optimization, which is especially distressing considering the quality of its compositions.

Drakengard 3 is not a game I can recommend to everyone, but it has a way of sucking the player in despite its sadistic tendencies. It’s an unfun game about ostensibly bad people doing bad things, but it’s presented in such a compelling way that it’s hard to completely dislike. If the series is to continue, however, it’s not going to be able to rely on weirdness alone to hook me again. Unlike the masochistic Disciple Decadus, I can only take so much pain.

An extremely strange game that begs to be played despite its litany of glaring flaws.