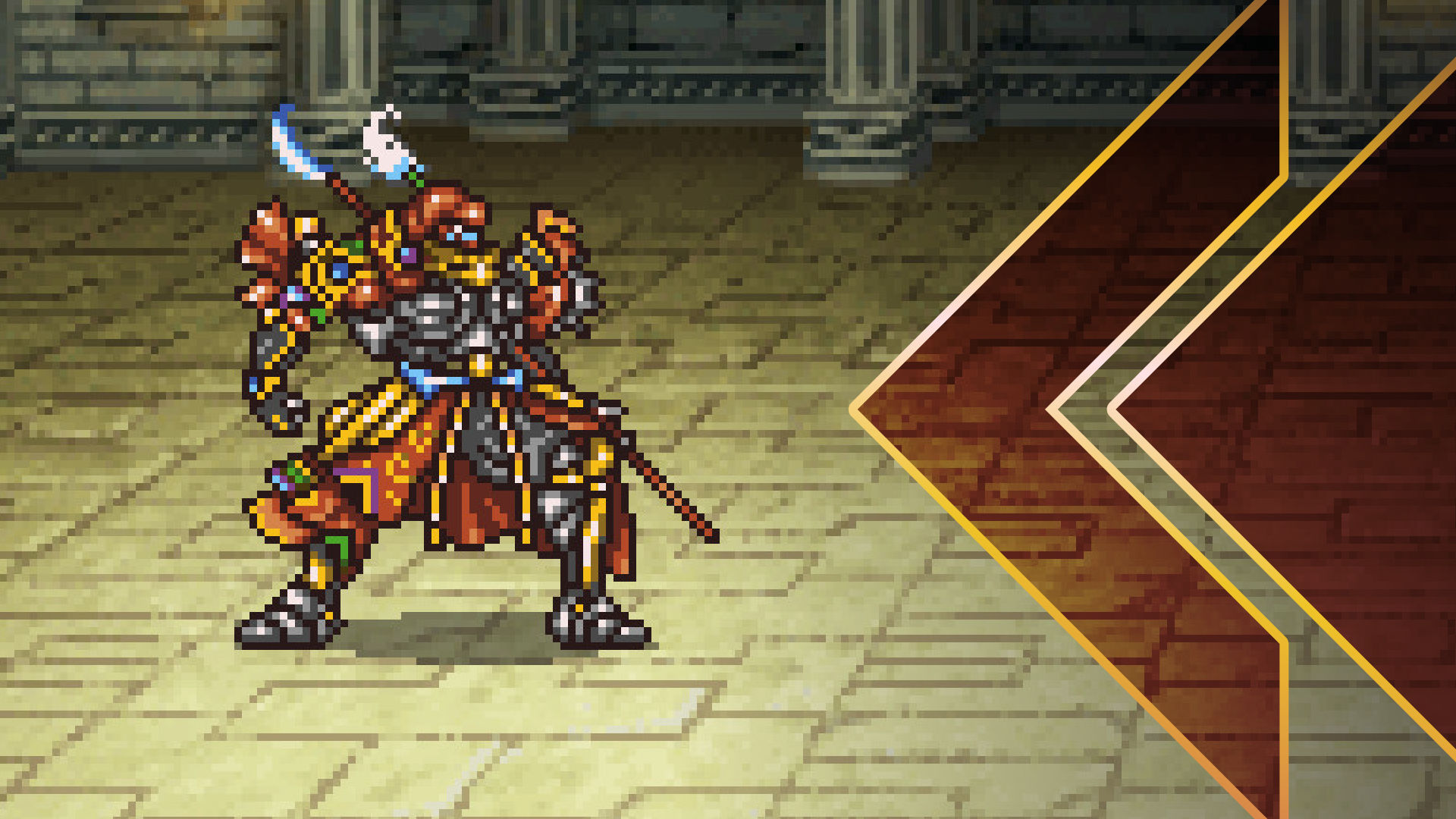 My first exposure to Final Fantasy was the original FFVII on PlayStation. Since then, I’ve been determined to explore the series by playing through every main installment at least once. Yet Final Fantasy V always eluded me. I was never able to get a copy of the PlayStation release, didn’t have access to a GBA, and didn’t have enough time to try it on the admittedly not as nice-looking iOS version. That all changed when the Pixel Remaster was released and this podcast gave me the chance to finally chip away at that long-held gaming goal of mine.

And what an opportunity it was! FFV reminded me of what I sincerely loved when playing the DS remake of FFIII: namely, that sense of adventure while experimenting with a robust job system, but on a grander scale. The job system is complex without being hard to understand, and I instantly saw where it inspired the job system from my beloved FF Tactics and many other later RPGs. I had a blast mastering jobs and choosing which abilities I wanted characters to carry on with as Freelancers. The music is excellent, and a vibrant sense of fun and adventure fills the entire game. Given the smaller cast of party members, I also felt a certain character’s final moments had even more of an emotional impact than the many departures witnessed in the earlier FFIV. I can see where perhaps the overall narrative isn’t as strong as the series’ two heavily lauded titles it is sandwiched between, though it still made for an entertaining and oftentimes silly romp.

I loved finally having an adventure with Bartz, Faris, Lenna, Galuf, and Krile. Plus, Gilgamesh made for an impressionable antagonist-turned-friend while both Cid and Mid got into zany antics! I cheered loudly when I somehow managed to defeat Exdeath’s final form without losing a single party member to the Void, and I enjoyed how the final scenes and credit roll perfectly encapsulates the theme of adventure that so permeates this story. It isn’t the deepest FF story out there, but it has a lot of charm in its own way, and I greatly enjoyed finally getting the chance to play it! Now I just have two more main installment FFs to finish before FFXVI! Also, because of this game and its awesome podcasts, I’ll never look at holes, deforestation, or capitalism the same way again. And that is truly priceless.

Playing Final Fantasy V today gives me a strange feeling of nostalgia that never was.

As the title was never localized until well into my teenage years, I don’t have the same golden childhood memories of playing it as I do Final Fantasy II (IV), III (VI), and Chrono Trigger. Though I’ve played the game many times (and with many different versions) since the eRPG fan translation in 1998, this playthrough for Retro Encounter reminded me how different FFV feels compared to other titles in the long-running series.

With its beautiful pixel graphics, expertly balanced gameplay, and stunning soundtrack, it unmistakably shares the same DNA of those classic SNES Squaresoft games, but with some key differences. The focus on gameplay and systems rather than story and characters means that it arguably plays better than any other RPG of its era. At the time, Squaresoft claimed that it couldn’t release FFV for western audiences because it was “too hard” (giving us the “punishingly difficult” Final Fantasy: Mystic Quest instead). But coming at the game from today’s perspective, its deep level of character customization means that the gameplay holds up better than similar titles of the same decade. Not only that, the systems in FFV have gone on to inspire some of the best RPGs ever made, including Final Fantasy Tactics and Bravely Default. We owe a great debt to this game for inspiring what came after it.

However, I can’t deny that I miss the more complex story and deeper characterizations of its fellow games. The relatively small cast of characters, while endearing, lacked the depth that made the casts of its contemporaries so unforgettable. In addition, the story has smaller stakes than other titles, with a villain that lacks clear and relatable motivations. It’s not that the game doesn’t provide an entertaining narrative, but the focus here is clearly on the gameplay.

Would my thoughts on the game be more positive if I viewed it through the same lens of nostalgia as its SNES RPG brethren? Perhaps. But as a purely retro experience, I both greatly enjoy and celebrate Final Fantasy V. It may have been a missing link in my video game childhood, but I am thrilled it’s readily available today to anyone who wants to experience one of Square Enix’s classic masterpieces!

As a child, Final Fantasy V felt mystical. Playing something that hadn’t been officially released in my country, and only vaguely aware that it wasn’t pure wizardry but hundreds of hours of hard work that triggered a fan translation, gave the whole experience a singular vibe. I felt like I was in the forbidden section at Squaresoft’s library. I wasn’t supposed to be here, playing this game that was substantially more difficult than most of the games with official localizations.

I’ve continued my FFV journey with each re-release. Of them all, the GBA version’s spectacular script rewrite and added content make it stand out for me as the most important step in its ongoing preservation. Pixel Remaster comes close. It’s a work of art, a thing of beauty, and I’d never have imagined using such words on an iOS/Android/Steam version before 2021. That other one… let’s all just go with Square on this and pretend it never happened.

From its depth of gameplay customization options and design to its overarching spirit of adventure, Final Fantasy V feels like a love letter to swashbucklers from Flash Gordon and Astro Boy to Ronin Warriors and Robin Hood. It’s unashamedly wacky but hits you when it counts.

The plot’s not exactly Oscar-worthy, the protagonists don’t sport poignant personal journeys, and the main villain is literally called Exdeath. But Final Fantasy V excels at being the video game it wants to be, and ultimately, that’s what counts. Sally forth, be an accomplice to the repeatedly fatal heroics of beloved monsters, fall into holes every seven steps, and enslave a sentient creature just because it’s fluffy.

I owe nearly 30 hours of unadulterated joy to one aspect of Final Fantasy V and one alone: its job system. It set its teeth in me once I scooped up shards of the wind crystal, and it didn’t unclench its jaw until well after I cleared the main narrative and blabbed about the game on Retro Encounter.

No two jobs play, look, or feel the same; each has its own distinct abilities, stats, and, dare I say, personality. Unlike many other RPGs of its era, Final Fantasy V’s jobs feel fully fleshed out and complex. For example, you could spend hours upon hours mastering enemy abilities as a Blue Mage or amassing an army of former foes as a Beastmaster. Sure, some jobs, like Red Mage and Geomancer, may not feel particularly useful (sorry, Audra). But the scope and depth of the jobs on offer are truly something to behold — especially considering the game is about to turn 22!

And don’t even get me started on this job system’s most game-changing wrinkle: in addition to your base job, you can “equip” the abilities of another job (or two, if you play as a Freelancer or Mime). I lost a dozen hours tinkering with the seemingly endless combinations of main and subjob pairings. Some of these combos ended up being killer, many were laughably underpowered, but nearly all opened my eyes to intriguing combat strategies I hadn’t even conceived of. I cannot understate my appreciation for the player freedom the game fosters.

Thanks to its job system, Final Fantasy V feels like a well-aged sandbox that encourages experimentation, rewards creativity, and maintains your attention for far longer than you may expect. Its story is, well, bonkers, its protagonists are a bit shallow, and its big baddie is entirely forgettable. Still, none of these flaws hold its job system back from standing out as a thing of beauty — one I can’t believe I waited decades to experience, and one you’d be a fool to miss out on, even today.