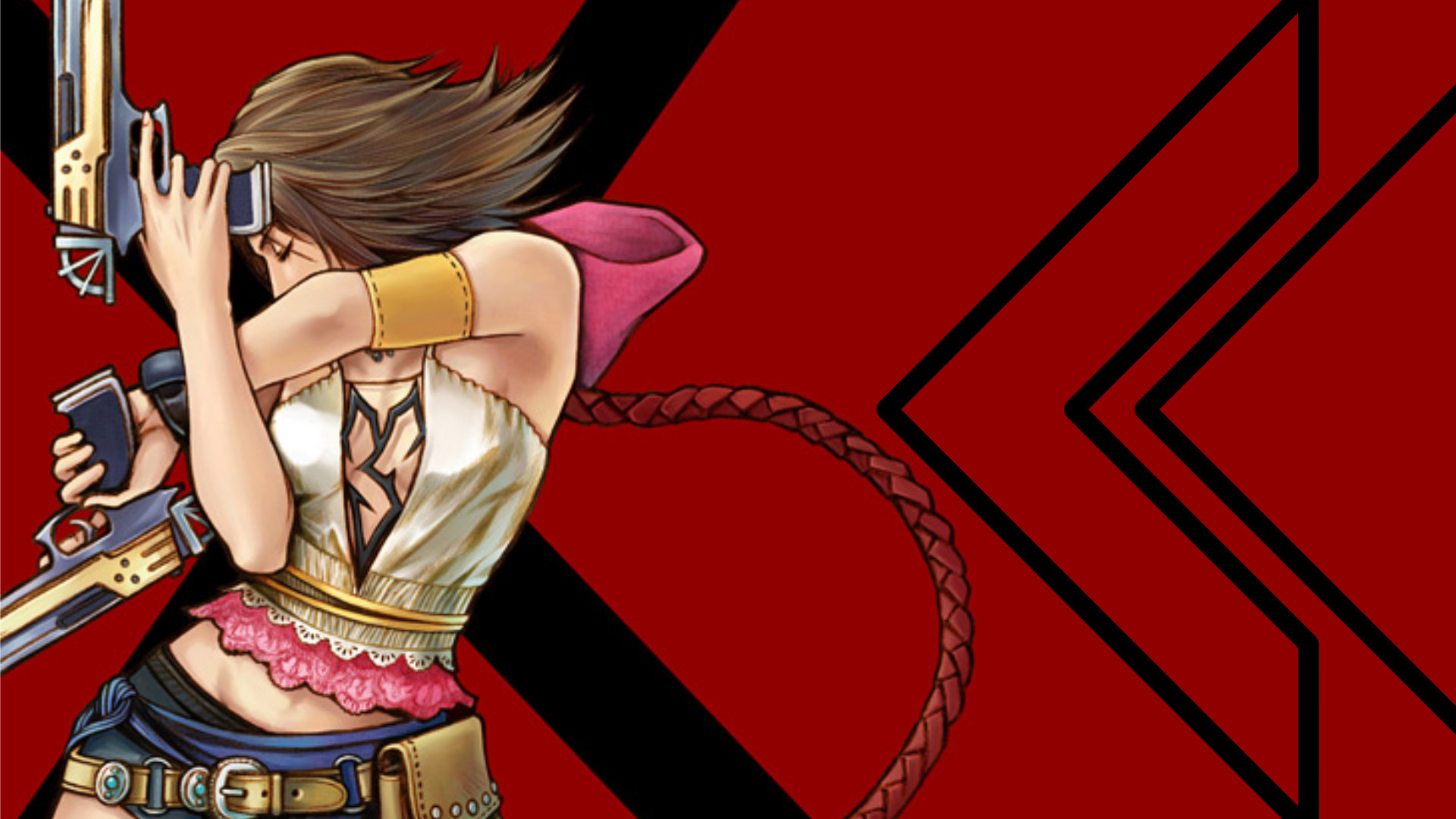 Final Fantasy X-2, as a story, is such an anachronism. It is both too weird to be a sequel to Final Fantasy X, and also not weird enough to stand on its own. There are glimmers of potential scattered throughout the game’s plot, such as themes of civil unrest, rebuilding in the wake of disaster, and how to move on with one’s life, but it’s all lost on characters that are more concerned with being fetish bait than anything else. The returning characters largely fail to resemble their previous incarnations, and most of the new characters are shallow and ridiculous. This is especially true of antagonist Shuyin, who might be the lamest villain in the Final Fantasy canon.

Still, as a game, I can’t deny that X-2 offers a compelling RPG behind all of the glitz and glamour. The Dressphere system is really fun, and being able to change jobs on the fly and figure out which abilities work best in combat offers enough engagement to reach the ending credits. On top of that, there is a boatload of optional content lying in wait for the truly dedicated, but only diehard Final Fantasy fans need apply; the game’s poor signposting and tedious mini-games make a lot of its more enticing rewards less appealing.

All in all, I would say that I’m… torn on this game? I’m certainly somewhat nostalgic for the PS2 era of JRPGs, and with Final Fantasy X being one of my favorite games of all time, there is definitely some appeal to the idea of revisiting Spira. I really dig the game’s offbeat musical style, and tracks like “1000 Words” are legitimately good. Heck, I even like some of the character designs, especially Paine’s. Ultimately, I don’t think X-2 is bad per se, but it’s certainly difficult to recommend.

Going into Final Fantasy X-2, I was ready for a joyride that would be a balm to my eyes and music to my ears. At the time, I had just finished Final Fantasy XIV: Stormblood’s main scenario, a tale not without moments of levity but undeniably sobering and weighty in the violent revolution at the heart of its plot. As my red eyes blinked slowly o’er the rolling credits, my heart yearned for pure sugar. I demanded a pixie stick of camp and the unfortunate fashion trends of my childhood be thrust straight down my esophagus. It’s as my Uncle Alberto used to say: Eva, you listen to enough Rage Against the Machine and you might start to have a hankering for some Britney.

Unfortunately, my uncle never said that and Final Fantasy X-2 is a bad game.

I had somewhat low expectations going into Final Fantasy X-2, a game that is mocked by some Final Fantasy fans and beloved by others. I don’t have a lot of FFX affection (I think it’s good, but it’s not a personal favorite), and I was skeptical about a game that is alleged to be more side quests than main quest. So I wasn’t sure what to think about FFX-2 going in, and… I’m still not.

The critics were right. Final Fantasy X-2 has a weak main story, which amounts to Yuna abruptly deciding to change careers to Sphere Hunter, eventually traveling the world of Spira finding spheres and righting wrongs. There’s a central story quest that takes shape (mostly in the last two chapters), but FFX-2‘s real content is in revisiting locations from Final Fantasy X and engaging in a variety of optional missions and mini-games, from calibrating lightning rod towers with a rhythm game to wrangling chocobos for coliseum battles.

I didn’t like most of it. The main story felt bare-bones and empty, with the optional content filling in the gaps; the problem is that I struggled to connect with either of those parts. But, when FFX-2 does something right, it executes it beautifully. FFX returners Yuna and Rikku and newcomer Paine are a fun main trio, the soundtrack is eclectic and interesting, the combat feels like a better version of PlayStation 1 Final Fantasy ATB, and the job system is a delight to level up and tinker with. I only wish those elements were in a better Final Fantasy game. I didn’t hate Final Fantasy X-2, but my low expectations were just barely met.