Posted by Michael Sollosi on September 4, 2022 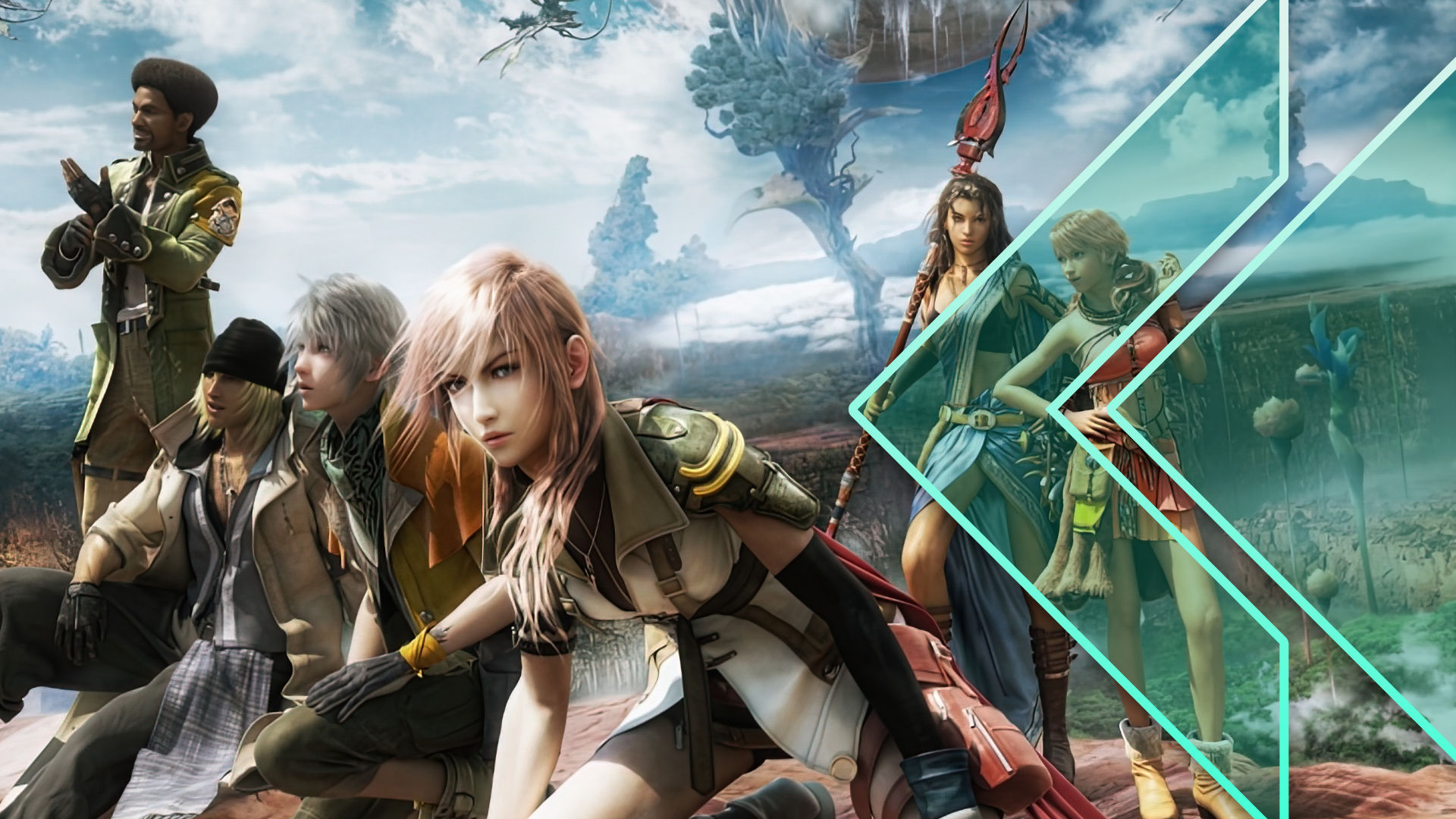 Final Fantasy XIII was a victim of its own hype. When Square Enix outlined the Fabula Nova Crystallis project in 2006, they committed themselves to (at least) four games of great ambition and promise, but unfortunately none of their development cycles went quite as planned.

Final Fantasy XIII is startlingly beautiful, especially for a game of 2010. A huge amount of effort went into these character models, environments, and cut scenes. It shows. The story of Final Fantasy XIII is rich with ideas and lore, but its execution is occasionally vague or confusing. The battle system takes some control out of the player’s hands, as only one character at a time is controllable and the auto-battle feature is used liberally, but the action is always intense and the class Paradigm System is fun to manipulate. The stage design is not exactly consistent with Final Fantasy of yore, as the majority of Final Fantasy XIII takes place in linear corridors, with no town areas and barely any interactive NPCs to speak of.

My initial journey with Final Fantasy XIII didn’t go as planned; I managed to make it past the ninth chapter before getting distracted by other games. Eventually, I decided to pick up Lightning Returns and played through it instead. It wasn’t until recently, thanks to this very podcast, that I rectified that gap in my Final Fantasy play history.

I have to admit, Final Fantasy XIII is certainly a bumpy ride, but I ended up enjoying it more than I thought I would. Don’t get me wrong; I still think the game could’ve used more story exposition in cutscenes rather than flashy action sequences, and it certainly takes awhile to find solid footing (more time than some would probably care to invest). But, that isn’t to say there’s nothing there beyond the superficial polish: the music is amazing, the graphics continue to impress to this day almost thirteen years later, and the battle system is easily the most fun and engaging use of the ATB system I’ve played.

Despite initially being turned off by how trope-filled the cast is, I warmed up to our small band of l’Cie as they made their way through Cocoon, Gran Pulse, and back again. I found myself wishing Sazh’s compelling story had more screen time, enjoying seeing Lightning take Hope under her wing, and I even growing slightly fond of Snow. I especially love how the whole plot is centered around Fang and Vanille, two of my favorite party members. Reaching the final chapter with my battle party of Vanille, Fang, and Sazh was an extremely memorable gaming experience, and I personally loved how ultimately touching and hopeful the game’s ending is. Final Fantasy XIII may not be one of my “top five” Final Fantasy titles, but I’m glad I finally had the chance to pick it up again. It isn’t a flawless game, but it’s still one that I enjoyed!

I’ve always had a soft spot for Final Fantasy XIII, despite its undeniable flaws. It was the first game I played on a brand-spanking-new PlayStation 3 back in the day, and one of the first Final Fantasy games I ever finished. Still, that was almost twelve years ago, and with a decade’s worth of experience and hindsight, I wasn’t sure how much I would enjoy Final Fantasy XIII this time around. Fortunately, my experience was mostly positive!

Even in 2022, Final Fantasy XIII is still an audiovisual treat. While there are a few low-res textures and moments of slowdown if you’re looking for them, the character models and environments are still gorgeous to behold. Part of this has to do with the game’s stellar art direction: I love seeing these detailed, mechanical re-imaginings of classic Final Fantasy mainstays. The music by Masashi Hamauzu also puts in so much work here, elevating the experience through soaring strings and electronic jazz. I also think that Final Fantasy XIII‘s combat system is one of the best in the series. Switching Paradigms on the fly, staggering enemies and air-juggling them feels very satisfying, and while I do have some small qualms with the combat system (which were mostly addressed in the sequel), I found myself going out of my way to get into fights.

I also really found myself empathizing with the cast this time around. While Final Fantasy XIII‘s story does a horrible job of drawing players into its setting, not to mention expanding upon its confusing internal mythology, the main party is a colorful, likable bunch of weirdos who I enjoyed seeing again. Whether it’s Snow putting on a false front of bravado to hide his crippling guilt, or Hope overcoming his desire for revenge, or Sahz’s transition into becoming to team dad, I was thoroughly invested in the cast’s struggles. And while I don’t think Final Fantasy XIII‘s mythology is nearly as deep or meaningful as it thinks it is, I do enjoy the concept of L’cie and Fal’cie: humans being selected by omniscient entities and given an impossible task is a compelling hook for a story.

Alas, the way this game is structured, and the way its environments are designed, is too big a problem to ignore. The pseudo-open zone of Chapter 11, where the player can engage with sidequests and find cool bits of lore, is the only part of the game that feels finished in my eyes. Cocoon might have a very pretty skybox, but its linear corridors feel sterile and devoid of life, and this makes it difficult for me to appreciate Final Fantasy XIII‘s main setting. With no NPCs to interact with, or vendors to buy items from, or optional content to find outside of Gran Pulse, it becomes nigh impossible to feel any sort of connection to Cocoon or its inhabitants. It’s a wasted opportunity, and one that eclipses many of XIII‘s redeeming qualities. I want to love this game, but as it stands, I can only sort of like it.