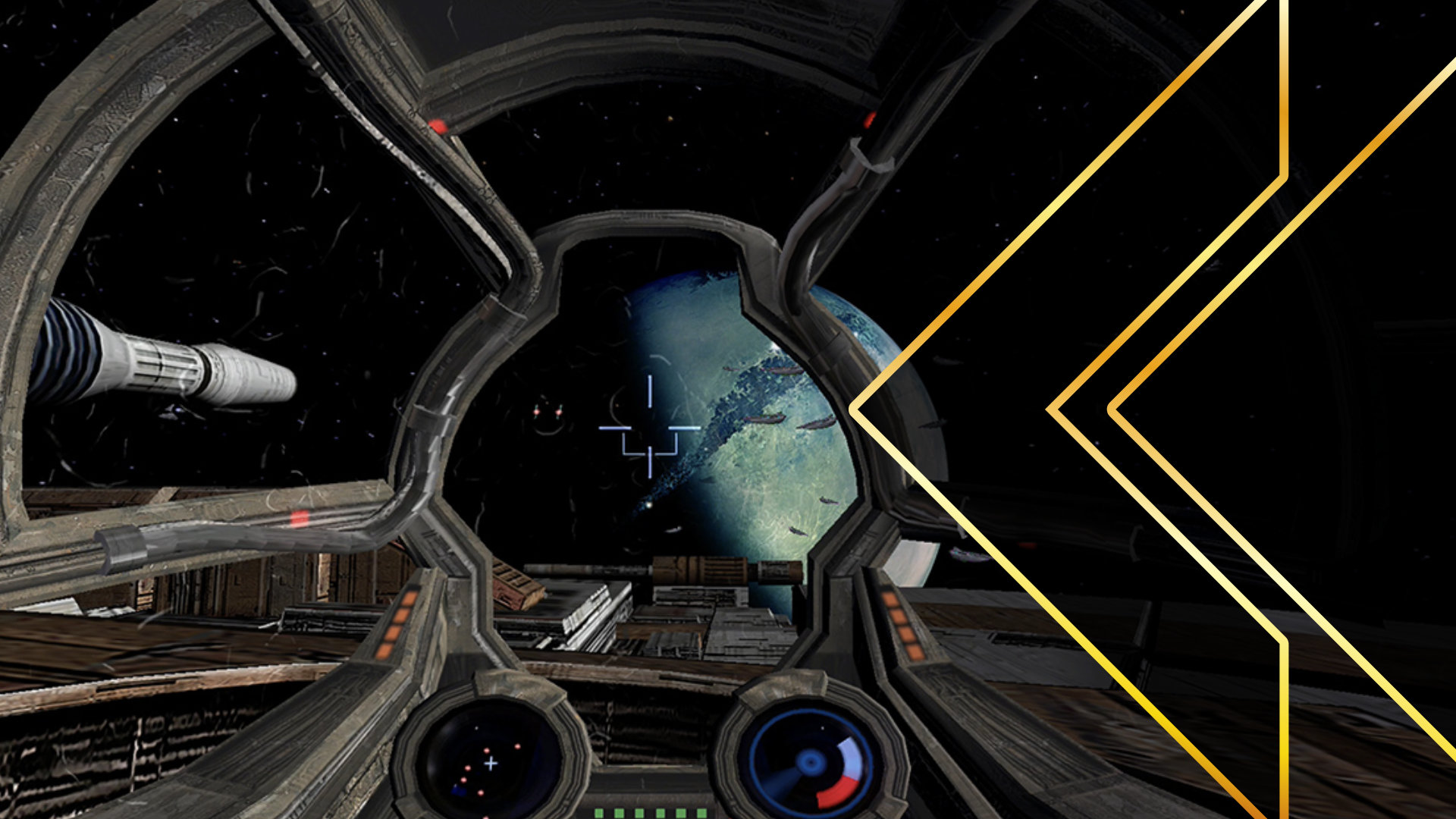 Going back to the early era of the industry, games based on movies generally had the feeling of cynical cash grabs. The one big exception to this was always Star Wars, which had the full backing of George Lucas’ own video game developer, LucasArts. Though they turned out dozens of legendary licensed games, including the X-Wing series, Dark Forces, and Rogue Squadron, many consider the pinnacle of Star Wars games to be one that was developed by an outside studio: BioWare. With their experience in D20-inspired CRPGs, BioWare set out to deliver a brand-new experience taking place in a previously unexplored time in the Star Wars universe: the Old Republic.

Set 4000 years before A New Hope, Star Wars: Knights of the Old Republic set the standard for RPGs at the time, offering an unparalleled level of lore, polish, and character choice to fans of the genre. We still feel the impact of the title today, as the KOTOR universe is the only piece of pre-Disney Star Wars media still to be considered canon (thanks to the long-running MMO Star Wars: The Old Republic). The title also acted as a semi-prototype for BioWare’s own beloved space opera series: Mass Effect. Its legacy cannot be overstated.

Even though KOTOR is almost 20 years old, the game still holds up as an exceptional experience. Everything feels authentically Star Wars, from the incredible art design to the epic music to the classic sound effects. If the sequel trilogy left you cold and you want some Star Wars that harkens back to the originals, KOTOR will provide exactly that. It even includes a plot twist on par with “I am your father!” And now that it is available on the Nintendo Switch, along with other modern platforms like iOS and Steam, there is frankly no excuse not to play this remarkable piece of RPG history. If you’ve been craving that shiver up your spine that the opening crawl and John Williams theme used to deliver, then Star Wars: Knights of the Old Republic is the game you’re looking for!

Close to twenty years following its initial release, I finally got the chance to play Star Wars: Knights of the Old Republic when it was ported to the Switch. I greatly enjoyed my time with the title, both as a Star Wars fan and as someone who loves BioWare’s Dragon Age and Mass Effect series. In a way, KOTOR is akin to opening a time capsule and getting to see not just an earlier history of the Star Wars mythos, but also an early look at BioWare too. A time capsule well worth perusing!

Getting to play as “Sol Cielo” while exploring various Star Wars locales with the rest of the Ebon Hawk’s crew was a thoroughly delightful experience, even if in hindsight I shouldn’t have invested most of my Force points in healing skills; it made the final boss a challenge. I loved interacting with a wide variety of KOTOR characters and having my choices impact what happened to many of them. The game’s infamous plot twist was wonderfully done and quite fitting for a galaxy far, far away, and it really felt like I was playing through an interactive adventure in the Star Wars universe thanks to its scope and sweeping musical score. This was such a fun game to become immersed in, and I have high hopes for the remake now that I’ve finally given the original a shot!

I never owned an Xbox or 360, I never had a good gaming PC until the 2010s and it had graphics card issues, and I’m a casual Star Wars fan at the best of times. Those are all true, but they’re also excuses. I finally played Star Wars: Knights of the Old Republic for the first time in 2022, and I regret not playing it sooner. This game is excellent.

KOTOR does very little to explain what Star Wars, The Force, Jedi, and Sith are to the player, so there is some assumed familiarity with Star Wars in general, but if you’ve seen any two of the movies that’s probably enough. KOTOR takes players on a journey through six planets and multiple starships of the Star Wars universe, with surprisingly deep explorations of Jedi and Sith philosophies regarding The Force, certain then-untouched portions of Star Wars lore, and a few Star Wars alien races. I had a great time teaming up with the crusty former Jedi Jolee Bindo, the sassy Twi’lek scoundrel Mission Vao, and the rest of this diverse, fun cast. There are also a few late-game twists that are brilliantly conceived and executed.

But I’ll stop wasting your time (too late). Do you have any interest at all in Star Wars? Do you like RPGs with great writing and characters? Do you have a spare 30 hours to play one of the best RPGs of the 2000s? If you’re three “Yes” responses to those queries, then either get to playing KOTOR soon or start waiting for the remake, Meatbag.