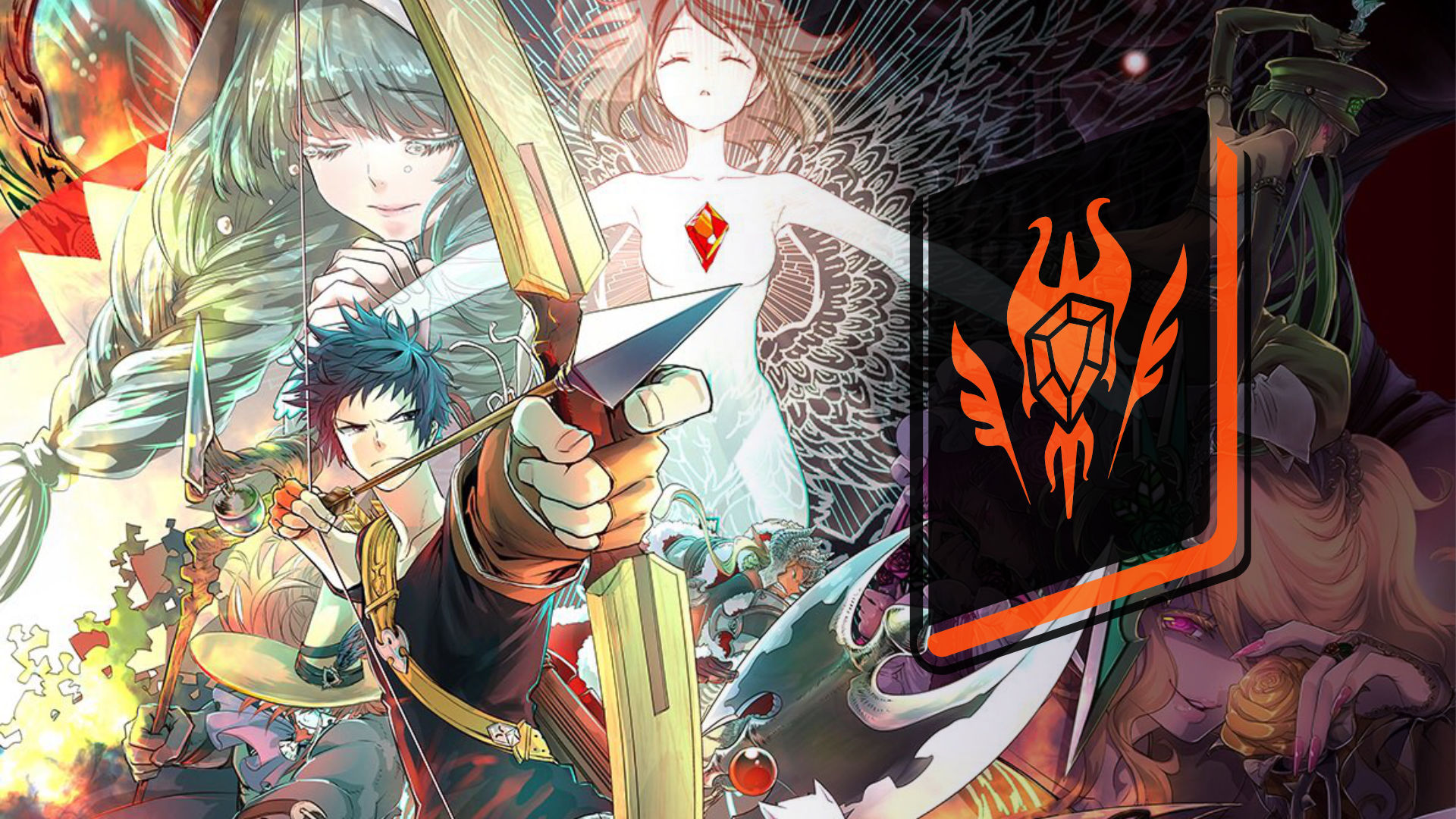 For anime and manga fans, the concept of the “isekai,” or “otherworld,” is an exceedingly popular narrative device. Of course, the idea isn’t exclusive to Japanese media, arguably dating back to Lewis Carrol’s Alice’s Adventures in Wonderland. Regardless of its place of origin, the core tenants of isekai stories remain: the protagonist, a resident of a world much like our own, is suddenly swept away to a fantastic place. Once there, thanks in part to knowledge from their past life and their status as a fish out of water, they become an object of curiosity for the denizens of this new world and are able to thrive.

As the genre grew more popular, these stories tended to focus on a less general audience, with a… kitschier aesthetic. Oftentimes, the heroes of these stories emerge in a virtual world where their surpassing skill at video games gives them an advantage, earning the attention of any number of eligible love interests: a transparent ploy to make these characters relatable to the target demographic (namely, teenage/twenty-something heterosexual males). These tropes are all wish fulfillment and have proven to be a lucrative formula, as series like Sword Art Online can attest to.

It’s perhaps no surprise that Square Enix would want to capitalize on this trend. In 2017, as part of Final Fantasy‘s 30th anniversary, they announced Final Fantasy Lost Stranger, a manga series wherein a Square Enix employee finds himself trapped in a Final Fantasy-esque world, where his knowledge of Square’s flagship RPG series proves invaluable… sort of. On paper, Lost Stranger sounds like the most no-brainer concept for an isekai story in history. Still, it manages to sidestep some of the more egregious genre tropes and is an enjoyable, if slightly clichéd, romp filled with fanservice for Final Fantasy diehards.

Our story begins in the real world, where Shogo Sasaki, the self-proclaimed world’s biggest Final Fantasy fan, works at Square Enix. He’s in a bit of a depressive slump, as he hasn’t gotten an opportunity to do any development work for the company despite his passion. Also working at Square is his younger sister, Yuko, who works in a separate department and is a wellspring of encouragement for her brother. When the two of them are struck by a speeding truck and seemingly killed (another age-old isekai trope), Shogo awakens in a world reminiscent of the Final Fantasies he grew up playing, bearing a particularly close resemblance to XIV. While this world’s denizens are clueless about Shogo’s origins, they quickly discover that he has a peculiar ability akin to the “Libra” spell that enables him to see information as little pop-up boxes above objects, which quickly proves invaluable. When tragedy befalls Yuko, Shogo vows to use his newfound gift to hunt down the ultimate white magic spell, “Raise,” thought to exist only in legend.

Right away, the strength of Final Fantasy Lost Stranger lies in its characters. I really enjoy how Shogo eschews the typical isekai protagonist trope of being unbelievably good at everything because of their past video game experience. While his “mental Ultimania” of Final Fantasy trivia does come in handy at crucial points in the story, nine times out of ten it’s used as the butt of a joke to underscore how little Shogo actually knows about the world he’s come to inhabit. Yuko’s fate also establishes genuine stakes, as Shogo realizes that he hasn’t taken his situation seriously and begins to reconsider the consequences of his decisions. None of this is particularly groundbreaking, but it does establish Shogo as a more fleshed-out character than he could have easily been, which is appreciated. I also enjoy that his Libra power effectively allows Shogo to MacGyver his way out of danger: combining various items to create new tools is a notable skill set utilized quite well throughout the manga.

The remaining members of the party (white mage Sharuru, warrior Rei, and black mage Duston) are also effectively characterized and a likable bunch, even if they aren’t particularly deep characters. I’m especially fond of this manga’s rendition of Princess Sara, a headstrong girl who takes on the reins of her kingdom to bring about systemic change. Her entire arc, which also involves Lost Stranger‘s take on the Magus Sisters, is one of the series highlights thus far. If I have one gripe, it’s that some of the series’ female characters are presented in an overly sexualized way. While it isn’t as egregious as in some other isekai manga, and Lost Stranger has so far avoided the harem trope, I could have done without the numerous references to Sharuru’s bust size. This comes to a head with Cindy, the leader of the Magus Sisters, whose chest is bigger than her head, and so prominent that I have to wonder if there’s social commentary at play that I’m missing. Still, these characters aren’t solely defined as sexual objects, which is more than a lot of isekai manga can say.

One highlight of the series is the art. Itsuki Kameya does a fantastic job of making action scenes feel fluid and intense. You really get a sense of the danger that Shogo and company are in whenever they engage with a powerful foe. The character designs are also (mostly!) very good, and wouldn’t be out of place in a mainline Final Fantasy. I’m not a fan of the excessive sound effects and onomatopoeia used throughout the manga, however, as I find it often obscures some of the art and makes things harder to follow than they should be. Your mileage may vary, however. All in all, Lost Stranger is pretty easy on the eyes.

As of this writing, Final Fantasy Lost Stranger is still ongoing. Seven volumes are currently available in English, with more on the way. The series is also available online chapter-by-chapter through websites like Crunchyroll.  As for my final thoughts: in general, if you’re a diehard Final Fantasy fan (which, let’s be honest, is the intended audience) and can stomach some gratuitous cheesecake, you’ll be pretty pleased with Lost Stranger. The number of references to Final Fantasies of yore is especially wonderful. Every chapter title in this manga is a different song from the series’ history, famous bosses like the Mist Dragon and Calcabrina show up, and typically the manga scratches the same itch that Final Fantasy XIV often does. It’s a celebration of all things Final Fantasy, and if you’re in the mood for a relatively lighthearted romp through a familiar tale, then I wholeheartedly recommend Final Fantasy Lost Stranger.