Secrets, Legends, and Brownies: An Interview With Shinichi Kameoka 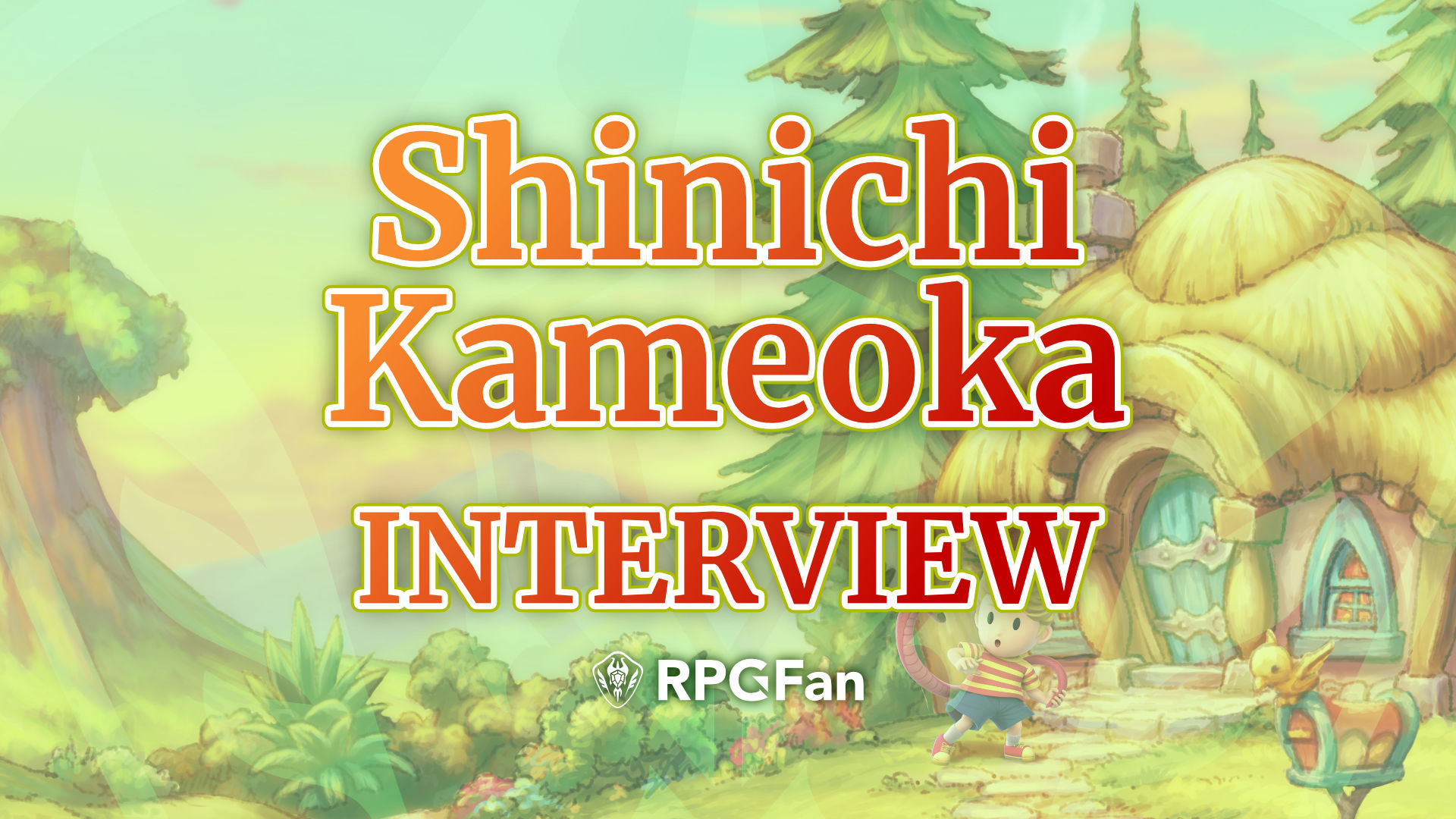 Shinichi Kameoka is a character designer, producer, and director whose art style is as recognisable as the names of the games he’s worked on are revered. His work on the Mana series helped make the games so memorable, and since producing Mother 3, he’s been a vocal advocate of its localisation for Western audiences.

He’s gone on from Nintendo to found his own company, Brownies, who have recently released their latest title on the Nintendo Switch. Today we’ll be talking all things EGGLIA Rebirth and discussing Kameoka’s broader experiences in the gaming industry, gaining some insight into the games that still resonate with fans around the world.

RPGFan: Hello Kameoka-san, we’re thrilled to be interviewing you today! Congratulations on the recent Western release of EGGLIA Rebirth on Switch.

Kameoka: Thank you for reaching out!

We had to extend EGGLIA’s release date for our international players, but we’re so pleased to have released it, and to hear what people think about it.

RPGFan: Fans of your character design work on the Mana series will feel right at home playing EGGLIA Rebirth; there are hundreds of Spirits and townsfolk to befriend. How did you approach the design of each character to keep them so varied?

Kameoka: I designed all of the inhabitants of the village and actually had some character designs that I’d been sitting on for a long time. I had a lot of fun designing each of these characters– there’s just something uniquely exciting about freely building an entire world.

As for the vast number of spirits that appear in the game, I asked both internal and external designers to design unique spirits for me.

RPGFan: EGGLIA Rebirth has a very distinct visual charm unique to your work. Were there any other artists or mediums that inspired your own style?

Kameoka: I can’t pinpoint any one artist that I’m inspired by, but I do look through art books all the time, so there may be some costumes and clothing designs that I’ve seen throughout the years that have influenced me.

RPGFan: EGGLIA Rebirth began its life as EGGLIA: Legend of the Redcap for mobile devices. Can you tell us about some of the changes you’ve made to bring the game from mobile platforms to home consoles?

Kameoka: One of the major changes from the mobile version of the game, which was touch-controlled, is that the characters can now be controlled by key controls, just like in an RPG. Players can now move freely around the city using the Switch’s controller.

You can also play the Switch version on a large TV monitor, so now players can see all the detailed animations and other effects that were not so obvious on the smartphone!

We also wanted to include characters and events that we couldn’t include in the mobile version due to scheduling constraints. We’re happy to have been able to add more content for the console version.

We’ve also made adjustments to the battle and crafting systems, so all in all, I think we’ve changed and adjusted almost everything about the game in this transfer.

Kameoka: For a GBA game, Mother 3 took a long, long time to develop– I’m sure there were some difficult times and challenging roadblocks at the time, but looking back, I have nothing but fond memories.

RPGFan: Your career in games design has gone through several different console generations. Are there any aspects of developing modern games that make you miss developing for older consoles?

Kameoka: Like I mentioned above for Mother 3, I really only remember fond memories of my past, so I often feel nostalgic about both the games I worked on and the development process during the Super Nintendo era.

For example, it was easy to communicate within the development staff because we were such a small, tight-knit team. I was also given a lot of responsibilities and got to oversee a lot of different aspects of development, which is much more difficult now.

RPGFan: Since you established your company, Brownies, you have a lot of creative freedom. What kind of game would you personally like to develop?

Kameoka: When I first started Brownies, I left Nintendo with the goal in mind that I wanted to try developing for a variety of consoles. So, I started developing for mobile platforms and other types of hardware.

After experiencing all the different types of gaming methods, I’ve come full circle and now think that the Switch is the hardware that suits us best.

RPGFan: We recently had the chance to speak to Yoshitaka Hirota, who contributed music and sound effects to EGGLIA. He told us his favourite Spirit is called Hirotan and that they might possibly share a resemblance. Did you manage to sneak yourself in as a character?

Actually, our composer, Yoko Shimomura, also has a Spirit of her own. And…you’re absolutely right! There’s a Spirit version of me in the game, too.

In fact, all of the staff involved in EGGLIA appear in the game as Spirits.

RPGFan: The Nintendo Switch is undoubtedly a very popular console. Following Doraemon: Story of Seasons and EGGLIA Rebirth, are you working on any other projects for the platform?

Our next game is being created by a young generation of developers who have adopted the spirit of our company – we’re very much excited to be able to share more information with everyone as it comes.

RPGFan: We truly appreciate the opportunity to interview you, Kameoka-san. Thank you! Do you have anything else you’d like to say to our readers as we wrap things up?

Kameoka: In this day and age, I think there are many people who carry a lot of stress and fatigue with them.

The development of EGGLIA started with the concept of creating a place where people who are tired of the frenetic pace of the everyday can take a breather and feel at ease in a gentler, softer world.

The main theme of the game is that, as diversity becomes more prevalent and people with many different ways of thinking become more and more recognized in society, some still feel unheard or that they still do not fit in.

As inclusion becomes a more widely-discussed topic, there are those who feel they still do not benefit from it. My hope was that this story would help those who still suffer under the shroud of discriminatory treatment. Though the characters in EGGLIA are all a little quirky and funny, I wanted them to feel like real friends.

EGGLIA is a fictional world, but I believe it is also a world that reflects various contemporary issues, just through a different lens. My belief is that games can be tools to effect change, and to inspire people to effect change.

I sincerely hope that people find something in EGGLIA that resonates with them. Thank you.

RPGFan would like to thank Kameoka-san for the opportunity to interview him and for giving such informative answers to our questions. We share Kameoka’s hopes for a more unified future; it’s a very tangible sentiment amongst the characters of EGGLIA. Be sure to read our EGGLIA Rebirth review, and we’re already looking forward to Brownies’ next project!