Posted by Michael Sollosi on September 11, 2020 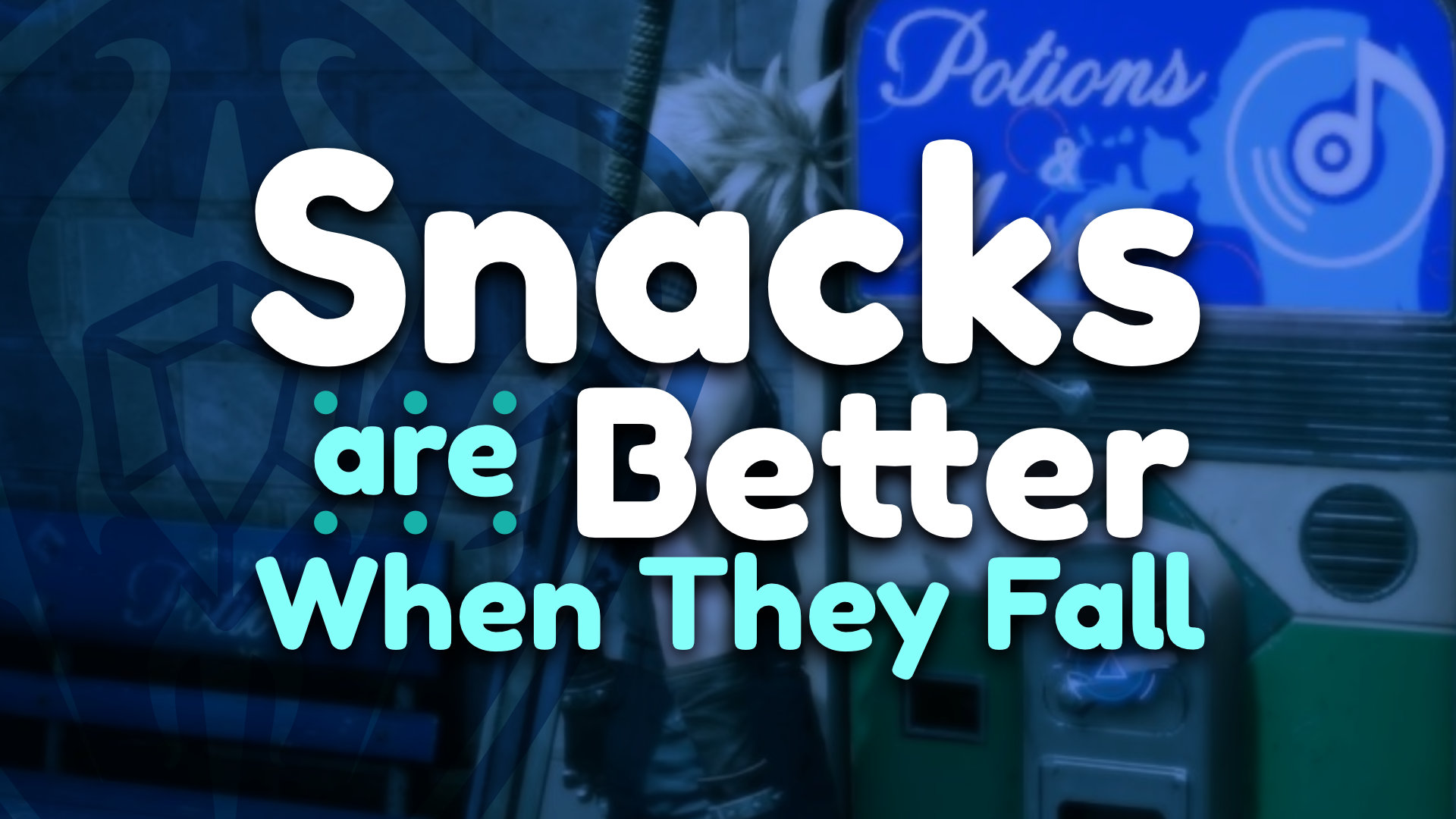 The first vending machine was invented by Hero of Alexandria in the 1st century CE, using a counterweight system to dispense holy water to temple visitors who deposit a coin, to prevent visitors from taking too much holy water from the fountains unsupervised. Today, vending machines are devices of convenience, made so there are fewer steps in the buying experience for customers and fewer humans in the hiring experience for merchants.

But vending machines are more than that. There’s fun in watching your food or drink appear in the tray below as if by magic, excitement if the machine gives you an extra item by mistake, and despair if the contraption eats your hard-earned money in error. For me, a trip to my office building’s vending area is an oasis from my daily drudgery that I treasure, a sadder adult replacement for hearing the music of an ice cream truck as a child.

Video game developers know that vending machines are made for convenience, but used for fun. Several RPGs over the years have incorporated vending machines in unusual or amusing ways, so let’s document-slash-celebrate eight of them.

I don’t think I could’ve made it through Persona 4 Golden without help from vending machines. Early on in Persona games, items that heal SP (“spirit points”) are uncommon and not sold at the local department store or independent shops. Fortunately, a few vending machines in the shopping district have your back, with TAP and Dr. Salt sodas available to get you casting spells again until you have more reliable SP restoration from your navigator teammate and fox ally. I probably gave Narukami tooth decay with all the soda I made him drink in April and May.

Japan is the vending machine capital of the world, with over 5 million dispensers present in a variety matched by only the fanciest airports. Alcohol, umbrellas, underwear, fruit, eggs, canned ramen noodles, and more are all purchasable from vending machines in Japan, and the Yakuza team is well aware that this is unique to their home nation. Thus, Yakuza Kiwami 2 went all-out in its vending machine selection.  The 2017 version of Sotenbori, Osaka has seven brands of vending machine offering dozens of items to players, with trophies for drinking them all. We know that Yakuza fans from the west occasionally visit Japan to experience the real-life locations that inspired Kamurocho and Sotenbori, and Ryu Ga Gotoku Studio have vending machine standards to uphold.

There are several vending machines on the top floor of the Celadon City Department store in the first-generation Pokémon games, and they are both useful for healing and crucial for in-game progress. Fresh Water, Soda Pop, and Lemonade are slightly more cost-effective than Potion items, but way more important is that one of these drinks is required to pass through the border crossing to Saffron City. Those guards are parched, and a cool beverage from a vending machine is worth more than a passport or a bribe in the world of Pokémon. Even better, a thirsty girl will trade unique, powerful Technical Machine items for each of those (which TMs depends on which remake you’re playing). That girl doesn’t understand the value of what she’s trading, and she is footsteps away from vending machines full of her desired drinks. Kids those days.

Fallout 76 – Vending Machines as a Side Hustle for Extra Income

Mother 3‘s New Pork City is a hyper-capitalist citadel of concrete and steel with every feature made in the image of its dastardly founder, Porky Minch, leader of the Pigmask Army.  Everything from the restaurants, arcades, and giant statues to (of course) the vending machines are plastered in Porky or Pigmask propaganda. These vending machines, while useful for buying new gloves and bracelets at exorbitant prices, are also indicators of Porky’s reign of terror over the land, and a sad reminder of how beautiful the Nowhere Islands were before his influence. But hey, where else are you going to buy a Master Stick?

NieR: Automata – Vending Machines in Which You Are the Snack

In NieR: Automata, you play as agents of a group of android sentinels protecting planet Earth from hostile aliens and their robot army, while the last vestiges of mankind wait in a secret bunker for the war to be over. Androids travel from their satellite base to Earth via hidden transport pods that look like vending machines to blend in with the structures of the Old World. Are your android heroes truly being transported, or photocopied and re-created during travel? What does this say about the disposable nature of the androids, in which new ones can be dispatched from vending machines to collect the discarded corpses of their predecessors? NieR: Automata deals with some heavy science fiction themes, and its vending machines are there both to serve the story and let players fast-travel to save time. Glory to Mankind.

Rain-Slick 4‘s signature vending machine is the most actively-participating entry on this list, because Vendorr (really) is a sentient (I think?) vending machine that joins your party straight-up. Able to use items without wasting them (either with freebie skills or by spending MP), enhance the effect of dispensed items, or spewing coins to deal damage based on the amount of cash you hold, Vendorr is an item-user tank character that can tip over and slam onto enemies if there is no other recourse but to do so. Truly a vending machine that goes above and beyond its intended purpose.

Note: Many of the above images are borrowed from The Video Game Soda Machine Project, a website dedicated to cataloguing appearances of vending machines in all video games. As far as I’m concerned they’re doing the Lord’s work and are absolutely worth a visit.