The Case for Warriors Games and the RPG Fan 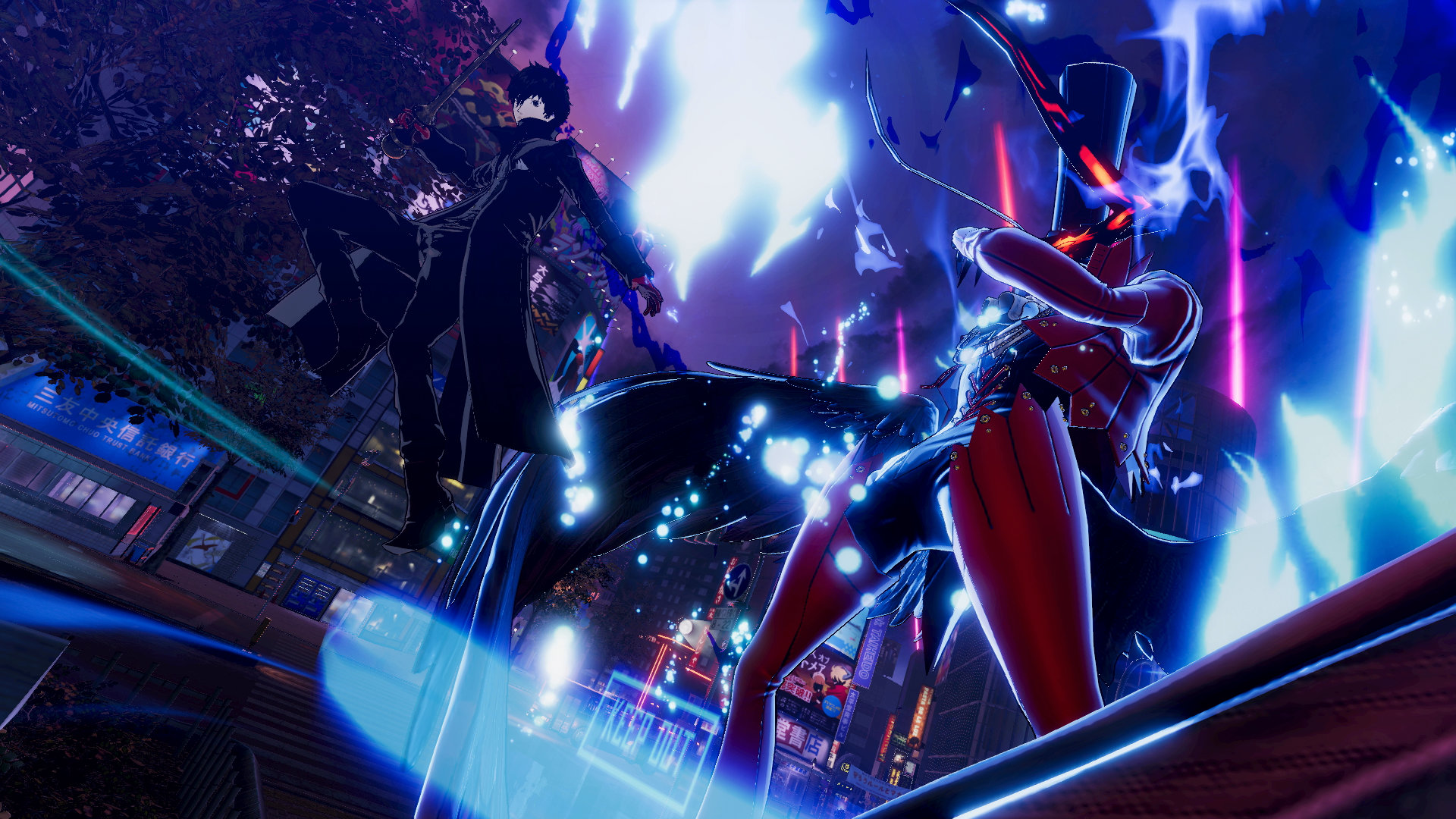 You’ve heard of Warriors (or Musou, if you’re feeling fancy) games before. Of course you have! Ever since Dynasty Warriors 2 landed on the PS2 back in the olden days of the year 2000, the one-versus-one-thousand brand of beat-em-up has been a staple, hitting every major console release, most minor console releases, and a metric ton of spinoffs. While they’re easy to dismiss as simple, repetitive action games, their occasional forays into some beloved franchise or another has brought them a fair amount of attention. Whether they’re wooing traditional RPG fans with games like Dragon Quest Heroes, adventure fans with the Hyrule Warriors series, or tactical RPG fans with Fire Emblem Warriors, there’s a solid chance that the Warriors games have branched into a series you care about. And while it might generate some rolled eyes whenever a new property gets the Warriors treatment, I’m here to tell you not only why they deserve another look, but why they might be the perfect action game for RPG fans.

Exhibit A: Several of Them Are Already RPGs

Let’s start with the low-hanging fruit: the gateway games, those titles you’ve already played or have eyed whenever they’re on sale. Of course, there’s the obvious Persona 5 Strikers, a full sequel to Persona 5. But while it’s proving to be a heavy hitter, it’s still a bit fresh at the time of this writing. Let Nathan Lee’s glowing review sell you on that one. Luckily, we have a couple of games that the developers at Omega Force have already deemed their first forays into full-on RPG territory.

The Dragon Quest Heroes games were marketed as proper action RPGs in the Dragon Quest universe, packed with fan-favorite characters, leveling systems, equipment crafting, and in the sequel, even a job system! But when you start a playthrough, you’re immediately dropped into that familiar Warriors rhythm, alternating light and heavy attacks to tear through hundreds of enemy combatants. In this case, though, those combatants are the slimes, drackies, and golems you’ve been hunting for experience for decades.

While Warriors games often seem like they’re retreading old ground, the Dragon Quest Heroes games prove that that assertion is only skin-deep. Sure, the basic gameplay loop is very similar, but the same could be said of most RPGs as well. The unique flavors only come out when you view the games as a whole. The first Dragon Quest Heroes offers up a tight experience with a lot of tower defense-style battles, where defeating enemies rewards you with their coins, which you can use to summon those monsters back to the battlefield on your side. Gathering up and utilizing iconic monsters opens up a playground very familiar to Dragon Quest veterans while providing a unique gameplay style within the Warriors franchise.

Dragon Quest Heroes II offers up a more traditional RPG experience. Not only do you have a sprawling overworld to explore, but a robust job system lets you build your main character however you want, allowing you to specialize in a host of iconic Dragon Quest weaponry and build up the RPG party of your dreams.

While most of the core gameplay is spent hacking and slashing, you’ll find some familiar RPG tropes throughout both experiences. Exploring large maps, speaking to NPCs in town, picking up side quests, watching cutscenes, buying and crafting new equipment, and the long-term arc of character progression ensure that any RPG fan will feel that cozy familiarity whether they’re slamming through some simple-yet-satisfying combat or aiming for the next tier of powerful equipment.

But while a lot of this seems like it’s made for the Dragon Quest fan, these RPG staples are core to the entire Warriors franchise.

Exhibit B: Even the Ones That Aren’t RPGs Are Kinda RPGs

Okay, that might be a bit of an exaggeration, but Warriors games lean hard on conventions familiar to longtime RPG fans. While it’s easier to see the DNA in some games, even the mainline Dynasty Warriors series offers a lot of the elements RPG fans hold dear.

Sure, earning levels and unlocking new equipment is a staple to all games today. You can’t fire up a first-person shooter without seeing a level bar, after all! But it’s not just set dressing for the Warriors games. From the get-go, finding a favorite character and growing their abilities has been core to the series. Gaining levels unlocks new combos and abilities, but more importantly, it gets you more invested in your characters. Starting from humble beginnings and growing your combat toolset evokes the feeling of leaving your first area in an RPG, ready to face more and more dire threats. It’s also common to find more and more powerful equipment — stronger weapons sacrifice utility for flashiness, and higher damage numbers are seemingly unrelated to the impracticality of high-tier weapons. And what could be more RPG-like than that?

It might surprise you to learn that the core Dynasty Warriors games not only have a story pulled from the Chinese legendary novel The Romance of the Three Kingdoms, but it’s actually been told and retold in interesting, meaningful, and even emotional ways. While many spinoffs provide thinly strung reasons to pull in a collection of fan-favorite characters, Omega Force puts a lot of care into their narratives. Dynasty Warriors 7 and Dynasty Warriors 8 in particular not only offer a comprehensive overview of the legend, but channel it into a few parallel stories about family, duty, and kindness that would fit alongside any beloved JRPG series.

A Cast Worth Loving

More engaging still is the cast. With a huge list of historical and legendary characters, each of which grows and is reinvented across a long-running series, there’s someone for every type of player to get attached to. Maybe you like the cool silence of Zhou Tai, the flashy exuberance of Zhang He, or the sheer canoe-walloping prowess of Huang Gai. Names that blend together at first become fully fleshed out characters the more time you spend with them, to the point that each of the 70+ characters feels robust and well rounded. And by dividing these characters into distinct sides, each with their own story, you can focus on a few at a time and really get to love them before turning the tables and finding out how their enemies see them. The twisting, interweaving narratives heighten the view of a fully realized world.

Exhibit C: They’ve Probably Made One Specifically for You

Let’s get down to it. Do you like Fire Emblem? Are you big into Dragon Quest, The Legend of Zelda, or Persona? Maybe you’re an anime fan and dig Gundam, One Piece, or Berserk? All of these and more have gotten their own Warriors-style entries. Even if you have no interest in Chinese legends or Japanese history, the core gameplay, storytelling, and progression of the Warriors franchise has proven to be a wonderful fit for a host of franchises full of stories and characters you already care about. You’d be hard pressed to find an RPG fan without an interest in at least one or two franchises that have gotten the Warriors treatment.

And the adaptations are more than skin deep. Every time a new series gets a Warriors adaptation, elements from that franchise are incorporated to make sure fans feel at home. Jump into Hyrule Warriors and you’ll be using tools unlocked over the course of the game to overcome physical barriers and solve puzzle-like boss encounters. Switch over to Dynasty Warriors Gundam and suddenly you’re synergizing pilot skills with mobile suit abilities, taking tactical zones and upgrading your beam weaponry alongside your favorite mechanics. Even the lesser-known Heroic Legend of Arslan pulls in troop formations and unique actions to incorporate the larger-scale army tactics of the original work.

These games are more than cash grabs. They’re created with care, pulling in UI assets, intense musical remixes, and beloved voice actors to create games that feel like they were made specifically for fans of the original property, not just Warriors fans. But if you’ve ever picked up Hyrule Warriors and thought, “Hey, this is pretty good for a Warriors game,” you’d be surprised how much you might like the rest of the franchise.

Closing Arguments: So Where Do I Start?

So you’re sold. How could you not be? But it’s a wide open world out there. It’s tricky to just dive in. And it’d be rude of us to just leave you to the wolves. So here are a few good places to start. Consider them a bit of required playing — games that can help prove the case above.

Dragon Quest Heroes: The World Tree’s Woe and the Blight Below

If you want a proper RPG entry in the universe of one of the all-time giants of the RPG world, you want Dragon Quest Heroes. While the sequel offers a somewhat broader experience, with a job system, a large overworld, and a wealth of sidequests, the first game is a bit more focused. The tower defense battles give you clearly defined goals, the smaller maps prevent a lot of the idle wandering around that happens in the second game, and you’ll find yourself with a bit more time to focus on building up your characters and enjoying cameos from the best Dragon Quest character of all time — as well as several characters who aren’t Alena.

One of the newest titles on this list, Hyrule Warriors: Age of Calamity acts as a prequel to Breath of the Wild in a fully featured action RPG wrapper. While you’ll find a smaller cast than in the first Hyrule Warriors, the story told here is much more robust than the simple crossover tale told in the original. Witnessing the origins of characters first introduced in Breath of the Wild and getting to know them more deeply is incredibly satisfying for fans, and seeing how the world has changed in the years between the two games opens up a lot of interesting lore tidbits. Even outside the story, the progression and loot systems are fantastic, giving most of your characters several unique playstyles and offering real incentives to tackle side content.

We haven’t really touched on Samurai Warriors, the sister series to Dynasty Warriors that swaps out China for feudal Japan. But if you’re more into samurai than chinese soldiers, you might find some interesting twists in this series. With a stronger focus on controlling multiple characters to tackle tasks across a large map, Samurai Warriors plays pretty differently than the mainline series despite using the same core gameplay of huge enemy numbers and simple combos. Spirit of Sanada stands out by focusing the story on a single clan, allowing players to really connect with a smaller handful of characters and get an intimate look at how that group lived through the Warring States period. Of course, it’s a Warriors game, so it’s a lot more bombastic than historically accurate, but maybe that’s what ultimately makes the series so appealing to an RPG fan.

Take a melodramatic story, inject over-the-top magical abilities governed by multiple progression systems, set it all to some incredibly catchy music, and you’re in one of two places: an RPG or a Warriors game. No matter why you love one, you can probably find something to love in the other.