This is My Story: A Look Back at Final Fantasy X’s OST 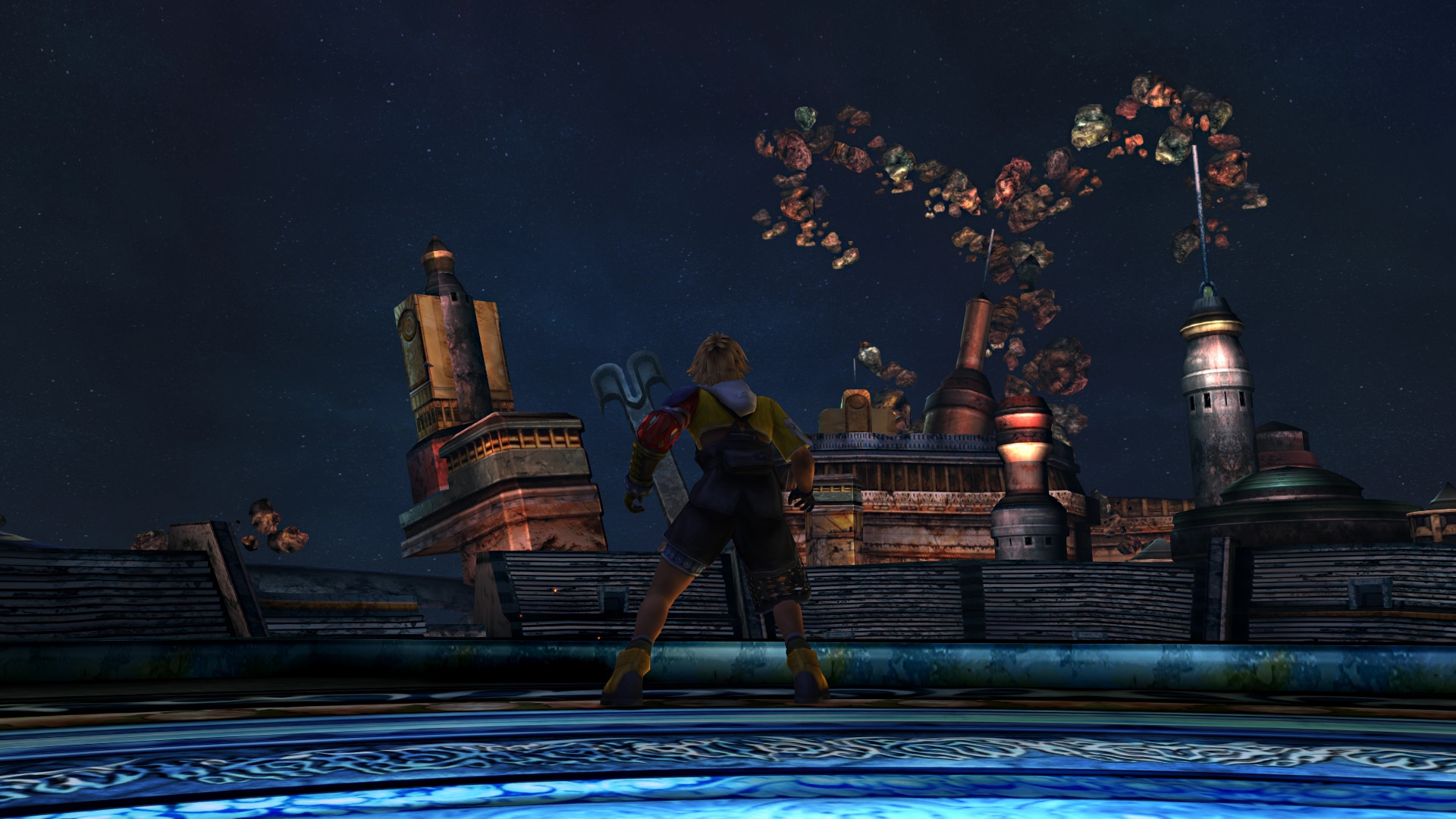 “This is my story. This … may be our last chance.” The ever-adored “Zanarkand” accompanies the first words we hear from Tidus, setting the tone for one of the greatest stories ever told in video game history. Final Fantasy X is a tale of family, love, history, and forgiveness. A theme that recurs throughout Final Fantasy titles underlies Final Fantasy X‘s great narrative: the work of Nobuo Uematsu. And for the first time, Uematsu shared composer credits alongside others. The team of Uematsu, Junya Nakano, and Masashi Hamauzu produced a revolutionary soundtrack for a revolutionary JRPG. From start to finish, Final Fantasy X sets the tone regardless of circumstance — from funny and joyous to distraught and emotional. And while Final Fantasy X has an amazing soundtrack, these songs stuck out to me the most.

I’ll never forget the first time I started up Final Fantasy X. I thought to myself, “This is a Final Fantasy opening?!” And then I heard this all-too-familiar jingle. Friends told me this game would be intense, serious, and depressing. Yet I could not help but bob my head while listening to the catchy opening to what would eventually become one of my favorite games and a defining title of the PlayStation 2 generation. While certainly different, this opening theme set the tone that stuck with Final Fantasy X; it’s a completely new direction for the franchise’s tenth mainline game, yet one that’s still very much in touch with its roots.

The first time we see Besaid, we do so from the perspective of someone who’s entirely alone in a strange, new world. The island’s theme welcomes us to this new world and introduces us to characters we would soon come to love. With the beautiful blue water all around Tidus and The Besaid Aurochs, Uematsu did a wonderful job capturing the essence of island life in a non-traditional way. The tropics of Besaid were a sight to behold back in 2001 and 2002, and this song augmented the beauty of the PlayStation 2’s impressive new graphics.

Final Fantasy X introduces “Phantoms” to us early in the adventure. It first plays during an emotional flashback from Tidus’s youth in which he and his mother discuss his father, Jecht. It is very easy to miss this song entirely, as the scene draws your attention to Tidus and his mother. “Phantoms” boasts a very somber, aetherial keyboard that meets the layers of a synthesizer, making this track emotional and oddly beautiful. Its beginning leads into a chorus of harmonized yet dissonant synthesizers. While the song isn’t at the forefront of everyone’s mind when discussing Final Fantasy X, I felt it was worth including.

“Calm Before the Storm” (Nobuo Uematsu)

I have vivid memories of being in the Macalania Woods for the first time. I was underleveled and in awe of what was occurring in the story. And suddenly, I heard light guitar strums playing in this beautiful new area. “Calm Before the Storm” is another example of Uematsu and his team capturing the older era of Final Fantasy while integrating it into a new landscape. “Calm Before the Storm” is a serene, beautiful song that truly immerses the player in the Macalania Woods. The shimmering green and blue landscape and this song were made for each other, as both the setting and song are nice changes of pace from the ever-increasing danger that accompanies our beloved Guardians.

An underwater dungeon that no one ever escapes alive. Terrifying, right? Yet, some of the most beautiful pieces of music in the game accompany this aquatic jail. Played just using a piano, “Via Purifico” excels at being both beautiful and haunting. If the tempo of the plot didn’t have you feeling despair for your Guardians, the song certainly did. It’s simplistic in the sense that it loops quickly. However, it serves its purpose well by evoking the solitude our heroes feel in that moment. Being at the whim of antagonists is nothing new for Final Fantasy players, but “Via Purifico” always stood out to me as capturing our beloved characters’ feelings of helplessness and being alone. It’s a beautiful track with a somber theme.

I did my best not to mention tracks that fans generally consider favorites. After all, there are so many fantastic songs throughout the game. From Final Fantasy X‘s beginning through its conclusion, “Zanarkand” follows our Guardians. Thanks to the tone it sets during the opening cutscene and the feelings it evokes near the game’s end, “Zanarkand” is one of the most emotional songs in Final Fantasy history. This track is truly the theme of Final Fantasy X, and for good reason. It captures so much feeling, and its theme is ultimately one of tragedy. Though it’s beautiful and melodic, it’s genuinely a song of pain. And while we play as heroes (literal Guardians), this song captures their sadness. Twenty years later, “Zanarkand” is regarded as one of the more impactful pieces of Final Fantasy music for what it represents.

I really did my best not to mention tracks that are widely considered favorites! But on top of being an amazingly catchy song in its own right, this one is the culmination of a longstanding battle with antagonist Seymour. “Fight With Seymour” has everything you need for a boss battle: high energy, a catchy tune, and just a bit of dissonance to remind you exactly whom you’re fighting. One of the reasons this one always sticks out to me is the fantastic keyboard and synthesizer work throughout. The music’s very agile and chaotic natures give a particular air to the battle at hand, similar to the style of synthesizer in “Seymour’s Ambition” and “The Unsent Laugh.” The tracks’ buildup also mirrors the evolution of the Guardians’ relationship with Seymour through the game — starting uneasy, becoming unnerved, and then arriving at the final, tense confrontation. Neither the battle nor “Fight With Seymour” disappoints.

It’s been enjoyable going down this list and seeing Uematsu’s name next to many of these songs, as they are all so stylistically different. Of course, I omitted many tracks, and that’s not because I didn’t enjoy them. “Otherworld,” “Blitz Off!,” “Hymn – Spira,” “Seymour’s Ambition” — the list goes on. Yet the above songs always stuck out to me during replays of the beloved Final Fantasy X. With Final Fantasy X celebrating its 20th birthday stateside in 2021, I felt the best tribute was to remember the game and its soundtrack for taking the series in a new direction while still feeling like an authentic Final Fantasy experience.