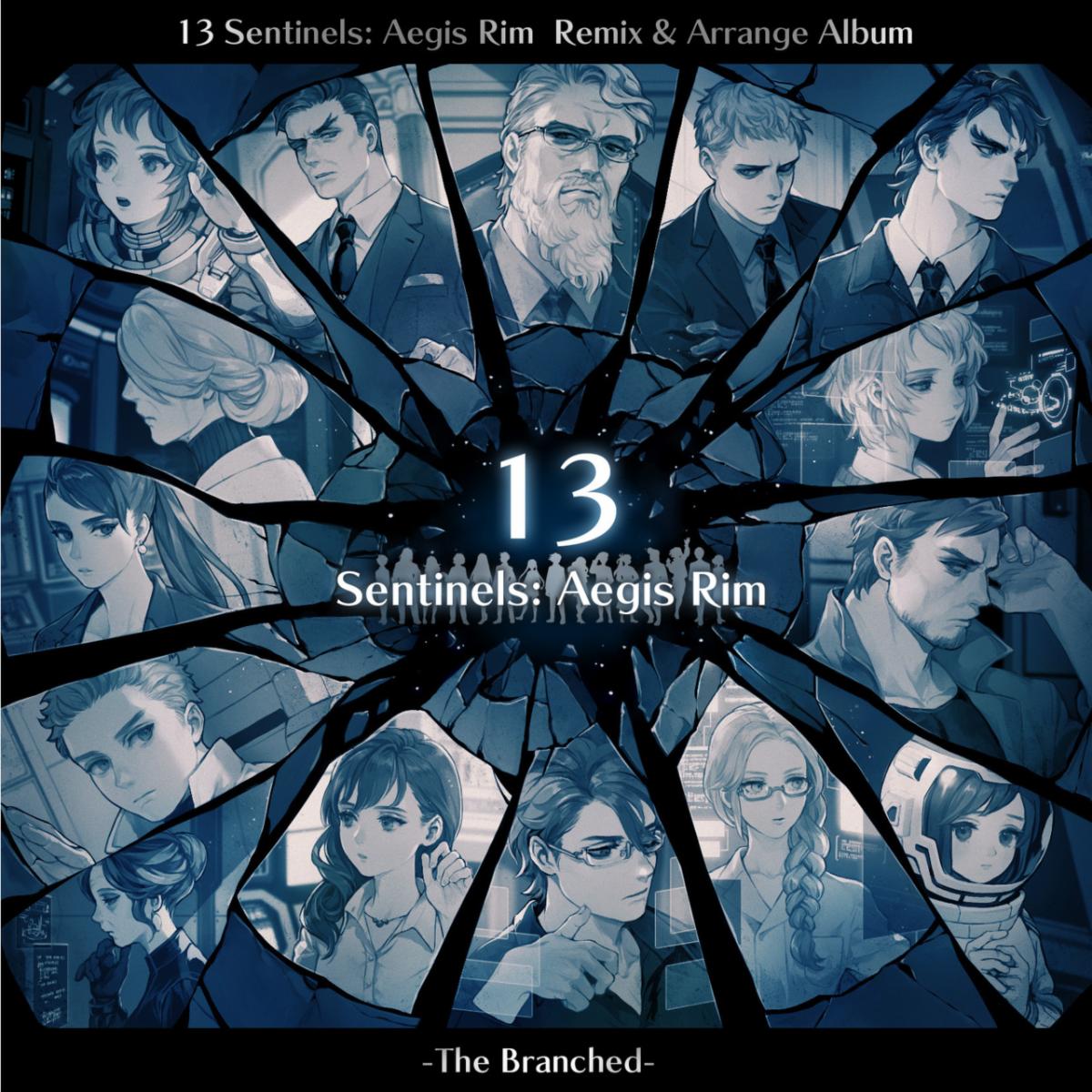 If you’re observant and as fascinated as I was that 13 Sentinels: Aegis Rim had several strangely formatted track titles on its soundtrack, then you might have taken a trip back to your old high school chemistry classes. Many of the game’s battle tracks, such as “(VALINE)-,” “-(ISOLEUCINE)-,” and “-(METHIONINE)-” are named after amino acids, essentially the building blocks of proteins that allow your body to perform vital functions. We need them for our physical bodies to function, basically. Branched-chained amino acids, in turn, are amino acids that branch off to the side, cannot be created by your body, and help muscle regrowth and fatigue, among other things.

I promise this isn’t a science lesson, but I think knowing this helps get to the crux of just why 13 Sentinels: Aegis Rim Remix & Arrange Album -The Branched- is named and arranged the way it is.

Handled by the talented folks at Basiscape (the studio also responsible for the music from the game), -The Branched- feels like it’s branching off of the original soundtrack — taking the songs from 13 Sentinels and evolving them into an explosion of sounds and instruments at once energising, healing, and heart-pumping. It’s honestly one of my favourite arranged albums in years, and that’s saying something, considering I utterly adore the original soundtrack.

I wasn’t sure just how Basiscape would approach rearranging the cacophony of sounds that they’d created for Vanillaware’s tower defense/adventure game hybrid. The answer, it turns out, is one of two things: turn it up to eleven, or dial it down. Some tracks, like “(ISOLEUCINE)- -Branched-” retain a similar kind of energy as they did in their original versions. Others, like “Mornin’, Sunshine! -Branched-,” soften the tone and the mood expertly by changing the instruments and the pace of the music. There are fewer of the latter, but they generally fall after one or two intense, upbeat battle tracks to give you a chance to breathe.

My favourite of these more meditative songs is “In the Doldrums -Branched-.” In 13 Sentinels, “In the Doldrums” is anything but stagnant. It’s light on its feet, led in by a guitar and piano before the synthesiser starts to blend organic and inorganic sounds together. It perks you up. -The Branched- version instead leads with a bamboo flute, solemn and reflective. The piano and guitar still come in later in the song, accompanied by a radio crackling away in space. It’s definitely a lot less upbeat, but it’s not entirely sombre either: more like a piece of music you’d play in the doldrums while grasping out towards hope that the piano and radio evoke.

Tracks like this are essential when they’re preceded by songs like “-(TRYPTOPHAN)- -Branched-,” which starts off with bell-like sounds and chimes before bursting into an intense onslaught of terrifyingly fast beats. Though there are moments of calm in this track, it doesn’t linger too long on the breath-like pulses and beats before jumping straight back into the heat of battle. It doesn’t build up several layers of sound gradually like the in-game battle versions do, but instead throws you in just like the titular 13 heroes are hurled into battle. “(ISOLEUCINE)- -Branched-” jumps in and out of these alternating sections more often, but it never lets up on the intense pace, using a violin instead of a synthesiser to lead the melody.

As with the original soundtrack, the common thread throughout the entire album is 13 Sentinels‘ title theme – “Brat Overflow.” True to form, -The Branched-‘s version throws you right into the song. Lead by the voices of children singing, this is the battle cry of those children, preparing to get in their sentinels and fight for the future. There’s a lot more noise here, courtesy of the synth drum escalating and changing from driving the rhythm to slamming and crashing to reinforce the escalating world-ending threat that the Kaiju in-game present. The original sets the tone for 13 Sentinels; this version is final boss calibre.

“-{EDGE OF THE FUTURE} -Branched-” (this album’s interpretation of 13 Sentinels‘ final boss theme) catapults that mood beyond even the title track’s interpretation. Similarly to “Brat Overflow -Branched-,” it chooses to lead with the vocals. But it’s the string section that follows not even 30 seconds in and the drums that beat down at around 42 seconds before bleeding back into the synthesiser and vocals that make this track sound almost ethereal. It has all of the drama and threat of the original but in a different way.

I don’t want to cover every song here because you should honestly experience the album for yourselves if you love electronic music. However, there are two original arrangements on the album that I want to point out. These two songs represent both the energising and healing sides of the album: “-[PROTEASE]-” is over six minutes of tenor and vibrator choir mixed with “Brat Overflow”‘s vocals and a blend of powerful strings and drums mixed in with pulsating synth beats. “Stellar Memories” acts as the perfect closer to the album, a song that represents the calm after the war, like you’re drifting around in space looking down at the earth you saved. The crashing waves that close out the track evoke the image of the children at the beach reflecting sombrely but also looking forward with hope. Perhaps this is a musical encapsulation of lyrics from “Seaside Vacation.”

Basiscape really blew me out of the water with the music of 13 Sentinels: Aegis Rim, but with -The Branched-, the composers at the studio have demonstrated a fundamental understanding of how to evolve an even more nuanced meaning of those songs. Even where the mood changes between the original and the arrangement, it feels like it’s branching off of the main song rather than adapting it, showing an alternate side to the meaning of the music that still couples perfectly with the game’s story. Not enough people have given the original soundtrack the attention it deserves in my eyes, which means that albums like this might also go unnoticed. If electronic music is your thing and you haven’t heard this album, I urge you to listen and remedy that oversight, whether you’ve played 13 Sentinels or not.