20th Anniversary A Tribute to Game -Sounds for Music- CD 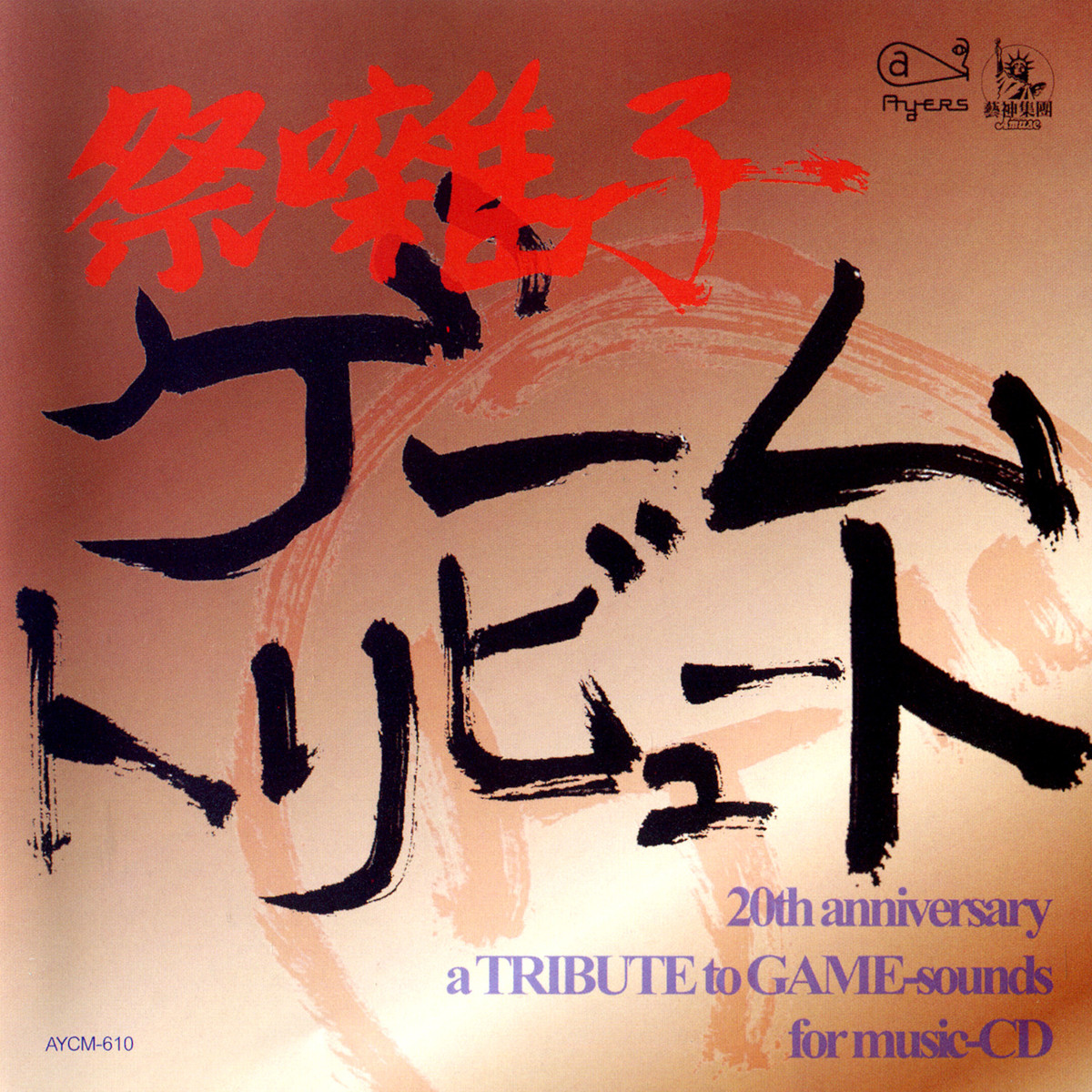 What better way is there to celebrate twenty years of game music than by releasing a rock-oriented arrange album featuring fourteen different tracks from all sorts of games spanning from Space Invaders all the way to NiGHTS? I can’t think of anything else that would have a more enjoyable result than the 20th Anniversary A Tribute to Game -Sounds for Music- CD other than simply listening to the album. Ironically enough, we’re coming up on the tenth anniversary of this disc’s release, so I can only hope that this review will serve as a tribute to a tribute to thirty years of game music.

Admittedly, the album starts off on the wrong foot with a superfluous version of Erik Satie’s “Gymnopedie No.1,” featuring a slow piano-oriented arrangement and some dude providing a Japanese voiceover throughout the track. Following suit is Char’s bland arrangement of music from Space Invaders, but I have to give him credit on this one – I can imagine that arranging four descending notes into a four and a half minute song isn’t an easy task, and while Char didn’t exactly succeed the results aren’t disastrous either. The album ends on a similarly low note, with two very skippable arrangements of “Encounter with Sania” (Popolocrois) and “Dreams Dreams” (NiGHTS). While “Dreams Dreams” meanders off into a static and vanilla acoustic arrangement, “Encounter with Sania” starts off slow with some electronic percussion and acoustic guitars before abruptly shifting over to an obnoxious section featuring really annoying vocals. Although someone might enjoy random shouting over a bland arrangement, that someone is not me.

Now that I’ve gotten the bad out of the way, it’s time to move on to the good stuff. There are several RPG-oriented tracks here, covering a few different styles with equally different effectivity and overall results. First up is Takayuki Hijakata’s arrangement of Yoko Kanno’s “The Warhawk” from Nobunaga’s Ambition: Tenshouki. This track doesn’t hold back and starts rockin’ right from the get-go, and is one of my favorites from the disc. I love the way the melody wavers over the slightly off-time guitar riff during the main portion of the song. The arrangement of the main theme from Tengai Makyo II Manji Maru is very interesting, starting off in a slow and whimsical fashion before completely changing into a chugging, heavy rock tune.

This version of Final Fantasy‘s “The Prelude” is my favorite arrangement of the song thus far. I know that saying “my favorite FF Prelude arrangement” is like saying “the least contagious type of bronchitis,” but this version of the Prelude is really, really good. When I first heard the semi-typical acoustic arrangement I wasn’t too impressed, but as the song goes on it develops and builds a character of its own. Instead of keeping things low-key for the whole track, the drums get more intense and there are some great electric guitar licks before the arrangement returns to the serene intro of the song again. The last RPG-inspired arrangement to be mentioned is “Theme of Myst” which dddrrraaaaggggssss. A lot. The guitar harmonies become intrusive and the sporadic synth pads and percussion don’t fit in very well at all. All set with this one.

As for the remaining tracks, they are all great in their on way and none of them deserve to be missed. “Puyo Puyo 2 Opening Theme” is obviously heavily inspired by the Rolling Stones, not only in the way the song was arranged but even in the way the instruments were recorded. Yoshio Numura’s upbeat arrangement of his own “Always on Target” from Xevious is the first song on the album that really sucked me in; it’s completely rich with great guitar playing and memorable melodies. The electro-acoustic lounge pop of “Barn Theme” from Derby Stallion is quite different from most of the other stuff on the disc, but it’s a great tune to put on to chill out with. The self proclaimed “Prince of the Surf Guitar,” Shigeo Naka, brings the most interesting song on the album to the table with his diverse and borderline bipolar arrangement of “Comic Star.” Random voice samples? Check. “Misirlou”-inspired, Surf Coaster riffs? Double check. Look of confusion and head-scratching while listening to this song and trying to make sense of it? Check, check and check. Two thumbs way up to Naka’s fresh and inventive arrangement.

And how could I forget the excellent dual-guitar leads of the theme from Fire Pro-Wrestling and the tight arrangement of “Street Fighter II Opening”? Both of these tracks are amazing, but I really enjoy the frequent guitar harmonies of Fire Pro-Wrestling and all the great solos intertwined throughout the arrangement. Once “Street Fighter Opening” kicks in, you know you’re in for something special. I prefer this arrangement to any of Capcom’s official arranges. The jazzy piano section in the middle breaks up the song and adds some great diversity to the tune before it rips back into the main theme of the song. Finally, there is the organ-infused, Konami Battle-esque “Otogirisou Opening,” which follows the SF II arrangement with equal success, albeit with a more menacing tone.

This 20th anniversary album is difficult to find, but comes highly recommended. It’s a rockin’ disc that has plenty of tracks that deserve repeated listens, and is almost as solid as they come. Even though the disc both begins and ends with a few skippable tracks, the meat of the album is truly excellent and is worth your time, and very much so. For those who want to rock…good luck in your search for this awesome disc.