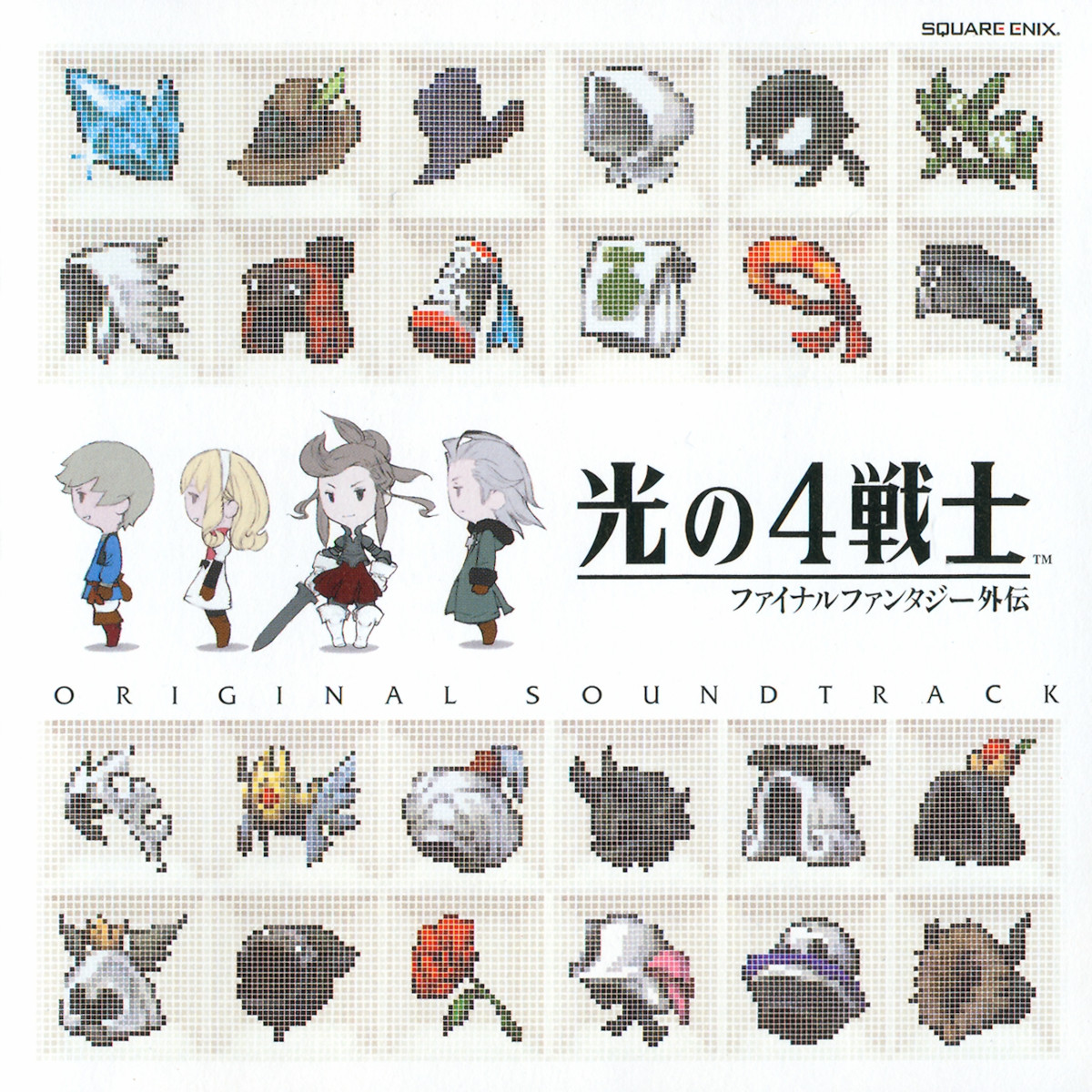 Intentionally retro soundtrack, from Naoshi Mizuta? Sign me up!

Final Fantasy Gaiden DS, the 4 Warriors of Light, (later localized as Final Fantasy: The 4 Heroes of Light) features a blend of today’s MIDI-synth mixed with emulated NES and GameBoy chiptunes. Yeah… that’s right, sometimes it sounds like you’re playing a Game Boy game. But with more than 3 channels available, the composer can really go all-out.

Naoshi Mizuta, best known for his continued work on Square Enix’s MMORPG Final Fantasy XI, is indebted to sound programmer/synth manipulator Mitsuto Suzuki, who worked step by step with him on this particular soundtrack. After coming off of the lackluster Blood of Bahamut soundtrack (also DS), Mizuta impresses with this fantastic buffet of neo-retro game music.

Much of the soundtrack is made up of town and field themes, broken into day and night sections. The “night” versions are generally softer variations of the day theme, much like what we hear in the Dragon Quest DS games.

Regarding the melodic prowess of this soundtrack, I have to say that this soundtrack is a step up for Mizuta. While the FFXI expansions have had some great tunes, many of them rely on superb instrumentation, and/or function better as background music with the melody being constrained in favor of a simple musical pattern.

Among the melodies that really stand out on this soundtrack (and there are many), the one that will undoubtedly stick with us for years to come is the Main Theme. This melody appears no less than five times throughout the soundtrack. It was the first song we heard for this game, when all we had was a teaser/countdown site and no information.

One small complaint: I do think the battle themes are on the weaker side, compared both to the town themes and to other battle themes from Naoshi Mizuta. Battle themes with intelligent usage of chiptunes almost necessitate impossibly fast counter-melodic runs (either arpeggiated, scale-based, or randomized). The standard battle theme has this in place during certain parts of the song, but the other battle themes do not.

This soundtrack comes from me to you with high recommendations, particular for fans of “chiptunes” (NES and Game Boy music) and anyone willing to give Mizuta a second chance after Blood of Bahamut. I was skeptical, but this soundtrack melted my skepticism away with its fantastic music.