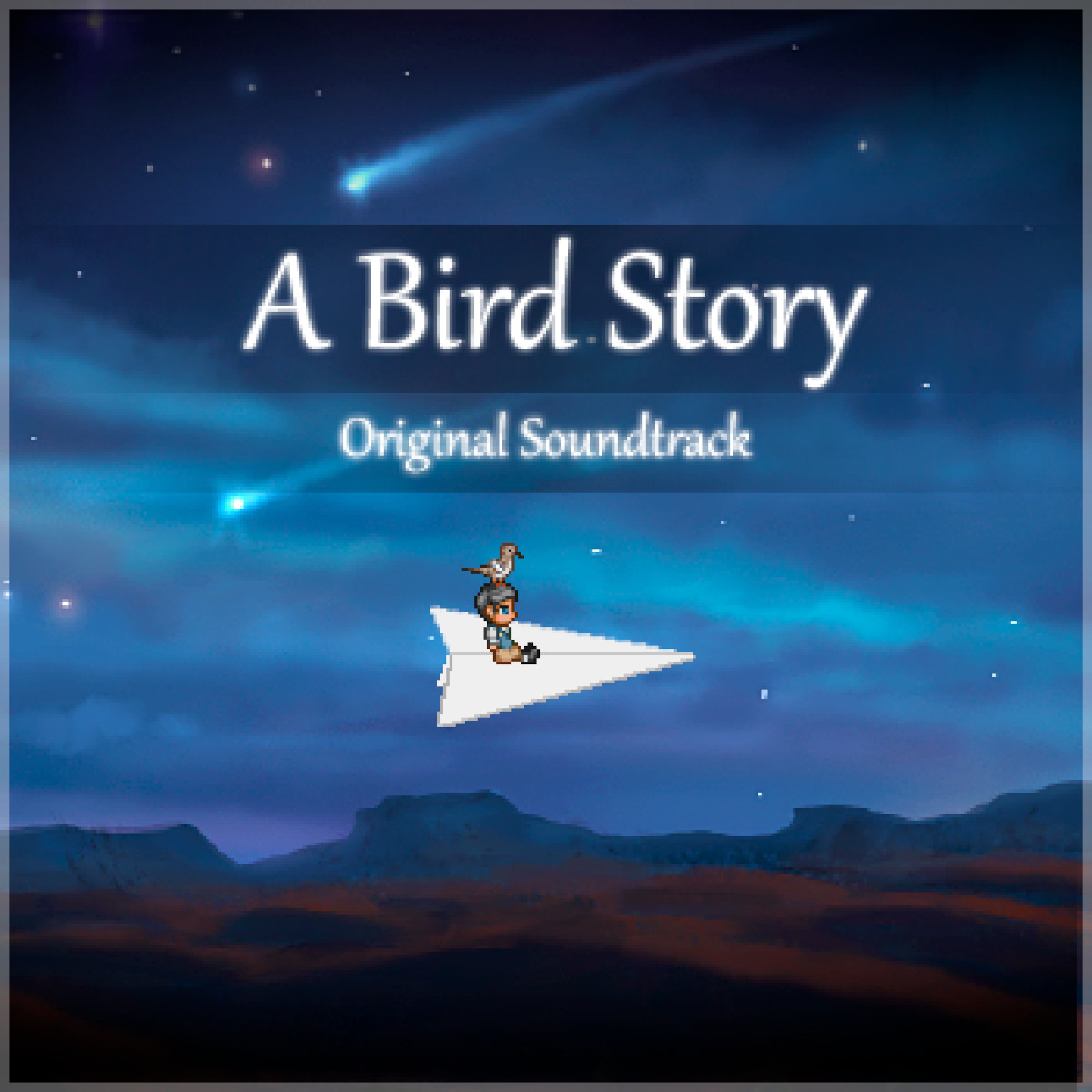 It’s hard to take A Bird Story Original Soundtrack on its own. The graphic adventure is even more operatic than To the Moon, its predecessor. Every narrative development is intrinsically tied to the music, and every song is designed to evoke specific feelings within that narrative. Together, they make A Bird Story a powerful experience. While I worried that this might make the OST feel hollow on its own, I think it’s the music’s direct tie to the narrative that makes the album so pleasant to listen to. The way Kan Gao establishes and builds on the theme, making it engender different feelings in different contexts, gives the through-line of the album a real cohesiveness that makes it feel like more than just a collection of songs.

It’s hard to choose my favorite tracks on this OST. I’d like to pick out the longest songs and the piano tunes that Kan Gao consistently delivers on, but they lack gravity on their own. Short tracks that I’d normally file away as filler do a lot to set the scene. “Today” is a cute song on its own, but the way it’s framed by “Hereupon [Cue]” and “Home Again” makes the feeling of respite it offers feel more valuable, and the way it calls on the overarching theme of A Bird Story makes it blend more gently alongside the largely melancholy tone of the album.

Going even further, several songs seem to flow seamlessly into one another, giving the feeling that they were never meant to be listened to separately. Tracks like “Balcony Days” and “Yesterday” still do a great job at standing out on their own, while “Yesterday (Reversing)” and “Raggedy Sax” have no business being listened to outside of the game, but I think the best experience to be had here is listening to the OST (almost) as a whole.

And yet, while it can be nice to settle down and just listen to this album, doing so brings up some concerns as well. For one, it’s difficult to recommend it to somebody that doesn’t know the narrative of A Bird Story. Beyond that, it’s easy to claim that the context of the game is the best way to enjoy this music. It’s nice that the OST comes with some extra tracks, including the exceptional “A Bird Story (Piano),” but I find myself listening to most of the songs as a way to fondly remember the game.

A Bird Story is very much a sneak peak at what Kan Gao has planned for the future. I wouldn’t be surprised to hear the theme of A Bird Story come up again in Finding Paradise, but until then we’ll just have to enjoy those sweet accidentals in “Tomorrow (Credits),” dreaming of what’s to come.