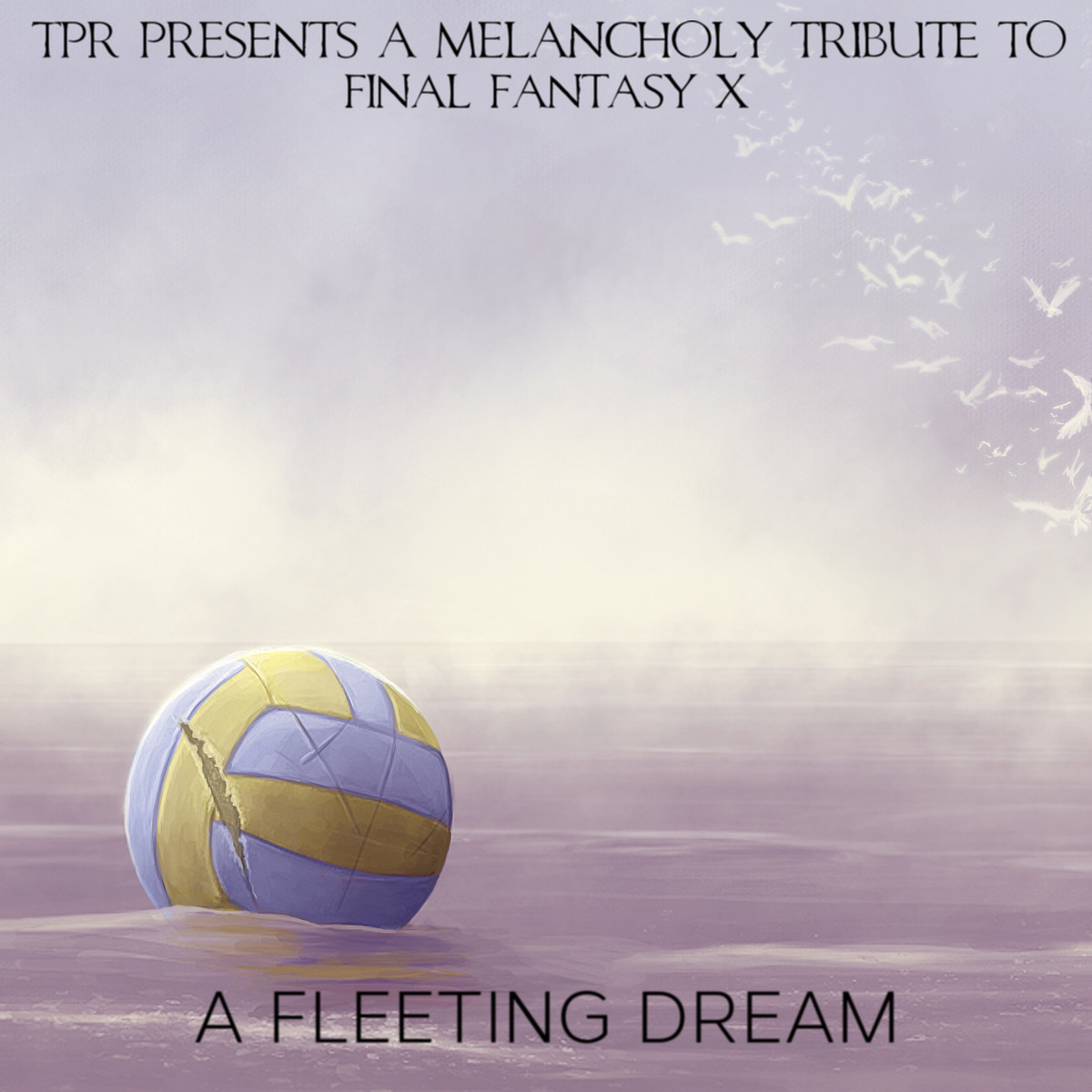 Who is TPR, and why is he so amazing? I can’t tell you. All I know is that TPR has yet to disappoint me.

TPR released a series of these “Melancholy Tribute” albums many years ago, but did so without proper licensing, making them fully “fan/doujin” arrangements. More recently, TPR re-released his work for FFVII, VIII, IX, X, and now The Legend of Zelda OoT with the help of Joypad/Loudr to make sure all the legal i’s and t’s were respectively dotted and crossed.

The nature of this album’s lengthy title is a story all its own. Of special note is the parenthetical “Overdrive Edition,” which refers to the fact that, for this officially licensed release, TPR remastered some tracks and also arranged some new tracks.

Being something of a distance-learning student of Nobuo Uematsu, it should not come as a surprise that 80% of the tracks arranged here are Uematsu’s, even though Uematsu only wrote 40% of the FFX OST. It would seem that TPR intentionally selected Uematsu tracks for this album. It’s also worth noting that TPR went out of his way to pick character themes (Auron, Tidus, Lulu, and Yuna), even though these character themes weren’t particularly celebrated by the community at their time of release 12 years ago.

I’ll also note that, since TPR is a piano-centric arranger, it’s worth comparing the official FFX Piano tracklist to TPR’s tracklist. Since TPR stayed Uematsu-centric, he missed most of the great Hamauzu work on the piano collection. He got “Besaid” (01), “Thunder Plains” (06), and “Servant of the Mountain” (10) — also known as “People of the Far North.” Other than those three, the piano collection tracks he doubled up on are “Zanarkand” (02), “Tidus’s Theme” (11), “Song of Prayer” (12), “Yuna’s Decision” (15), and “Via Purifico” (16). That’s a total of 8 of the 15 tracks from FFX Piano, re-used for this album — one could argue that “Oui Are Al Bhed” (13) is essentially Rikku’s Theme, putting us at 9 of 15. The good news? TPR doesn’t bother imitating Hamauzu’s highly stylized arrangements (especially in cases like Besaid Island). The only one that’s even close to sounding like FFX PC is “Zanarkand,” and that’s for one obvious reason: the OST, the PC, and this album all keep it sounding pretty much the same. Over-arranging that song with too many instruments would absolutely ruin it. It’s meant to be simple, and simple is what TPR does best.

But then, I need to clarify that term. Maybe it’s better to say TPR is “deceptively simple” in arrangement style. These songs all feel understated, but as a matter of fact, it takes great skill to be subtle in arrangement. I’ve spoken with dozens of professional composers and arrangers in my short life, and many of them have told me that it’s easier to give a listener full-on bombast than it is to give them a soft, emotional experience without overselling the melody or the backing instruments. The less tools you have to work with, the less options that are available to you. TPR keeps the sound palette pretty much the same across not just this album, but the entire “Melancholy Tribute” series. It’s a special skill that some music writers simply do not excel at. TPR has it in spades, and frankly, I’m glad to hear it leveraged on these fine albums.

I want to highlight a few moments that really stood out to me. First, there are the transitions. Many of the songs flow into one another. Among them, I think the best is the transition from 05 to 06. “Out of the Frying Pan” is a simple melody I’d all but forgotten, but this performance drags it right back to the forefront of my mind. And then, just as it’s coming to a close, I hear the soft pitter-patter 8th-note taps up the major scale for “Thunder Plains.” It stays in the same modal scale as the prior piece! This transition is so effective; I can’t think of another time I praised a transition as much as I want to praise this one. This is smart stuff!

Next, let’s talk about “Auron’s Theme.” This is an easy theme to remember, but it’s not a favorite song for many FFX lovers. Why? Maybe it’s because the melody is short. Maybe it’s that “BEEP BEEP!” on 2 and 4 of every measure in the entire song. In this arrangement, TPR accentuates the melody and dampens the “BEEP BEEP!”s so that they’re more like “laa, laa.” It’s sublime. I could bathe in this song.

There are some great battle theme arrangements on here. I didn’t think they’d work, but they do. The standard battle theme, which usually gives me a headache (get the Platinum Trophy on the HD remaster and tell me you don’t have the same reaction!!): TPR’s arrangement washes away the cranial pain. It is as though all the battles are truly a memory of the past. The melancholy is the nostalgia. I can fondly remember battles now! It’s like a part of my memory was unlocked, and it doesn’t irritate me anymore. What a gift!

On the other hand, there is the infamous “Fight With Seymour.” That song, WHEW! I’ll never get enough of that song, and neither will you. On the other hand, it’s nice to hear it from a new angle, and that’s exactly what TPR provides. Considering this one wasn’t arranged on the official Piano Collection (what a missed opportunity!), it was a great choice for TPR, even though this style of piano arrangement is less technically impressive and more powerful in its emotive qualities. The result is still, just a teeny-tiny bit, FUN in its presentation. Otherwise, it is strangely but fittingly morose.

Another of my favorites on the album was “The Trials.” Remember that terribly gross male choir synth used in the OST version of this song? This is the “solve puzzles before getting a new Aeon” music. This new version from TPR is glorious. Everything bad is fixed, and the good remains.

The album ends with “The Truth Revealed,” a song that includes the famous “Zanarkand” musical strain. Like the game itself, this album ends where it begins. The journey is cyclical, much like the fight with Sin had been for a millennium. I dig the allegory, TPR, I really do!

If you’ve kept up with the other TPR releases (VII, VIII, IX, and then a compilation of the three with all-new recordings), getting A Fleeting Dream: A Melancholy Tribute to Final Fantasy X (Overdrive Edition) is a no-brainer. If you’ve not heard TPR’s prior music, but you love some FFX music, you need to add this to your collection. I cannot speak for Uematsu and the other composers, but I cannot help but think that they’d love this album as well.