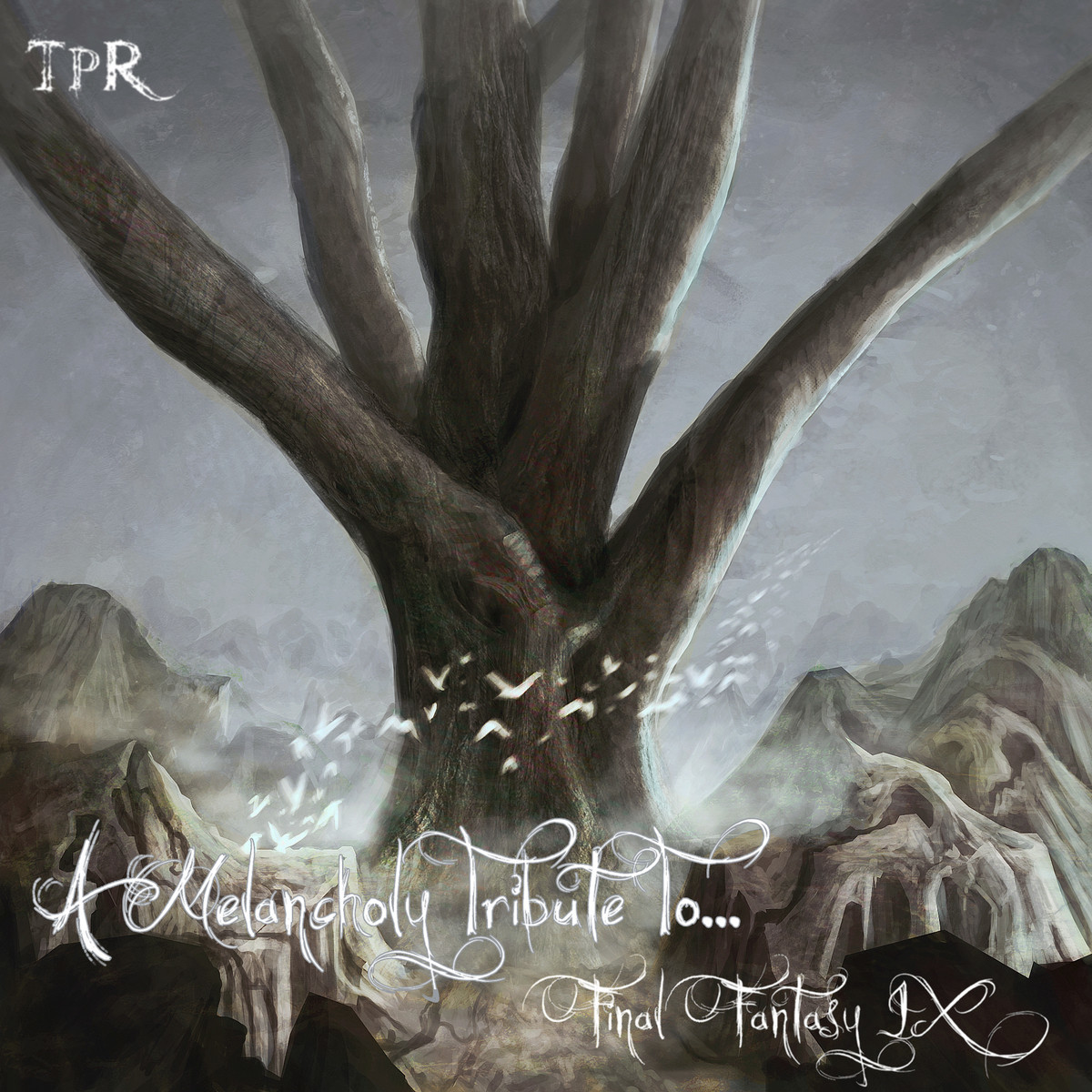 The name TPR (of Phoenix Rise Music) might not be immediately familiar to you; it wasn’t one I knew prior to this album. I first spied it only a few weeks ago, in fact, under a newly released Joypad Records album called A Melancholy Tribute To Final Fantasy IX. However, after having listened (again and again and again) to this album, I can assure you that this is a musician whom I will be keeping a close eye on.

TPR released two similar albums in the “Melancholy Tribute” series prior to this, focused on Final Fantasy VII and VIII, but this is the first in the collection to be published under the Joypad Records label, and the one based upon my favorite Final Fantasy, so naturally, I had to dive in and see if things measured up.

The first thing the listener will notice is that this is a long album; the majority of the tracks top three and a half minutes, each arranged for piano in the titular melancholy style. There’s a lot of music here, and much like Casey Ormond’s recent arrangement of Final Fantasy XII‘s music, it’s all good. The track selection as well is excellent, featuring fan favorites like “Roses of May,” “Daguerro,” and “You’re Not Alone,” as well as some songs that don’t get nearly as much attention from the arranging and remixing community, like “Esto Gaza” and “Terra.”

As my fellow editor Bob Richardson recently commented, with many solo-instrument arrange albums, the work is very technically impressive, but lacks heart. This simply isn’t the case here; while the title of the album suggests depressing arrangements (and to be sure, things are down-tempo), these are heartfelt and emotional arrangements of some of the best music from Final Fantasy IX. The performances are delicate but distinctive, and I lost count of the number of times I felt moved by the music.

“Terra,” which opens the album, has long been one of my favorite songs from the game. While the original subtly worked in “The Place I’ll Return to Someday,” TPR’s arrangement captures the melancholy (hah!) beauty of Terra’s alien vistas with a sparse and echoing sonic landscape that really enunciates on that theme. I quite literally broke out in goosebumps while listening to this track, and I’d find it impressive if any other FFIX fans didn’t feel the same.

“Over the Hill,” Final Fantasy IX‘s soft and nostalgic world map theme, also gets treatment here. Again, the song is a bit down-tempo in the arrangement, but I certainly didn’t feel melancholic while listening. Once the song breaks into the main melody, you can hear each finger on the piano, dancing on the notes and really bringing out the best in this theme.

“Not Alone,” TPR’s arrangement of the wildly popular “You’re Not Alone” track from late in the game, takes this oft-tinkered-with-but-rarely-done-justice song and, at least in my estimation, really brings out something special. The original song was so vastly different from anything that had been heard earlier in the game that its uplifting melody shocked and gripped players. Despite the usual slowing-down of the tempo, this arrangement still ends the album on a high note. I could hardly call it melancholic — just beautiful. The melody is rendered in a lonely fashion that gradually builds up, much the way the scene it accompanied in the game did. As the song builds towards its midpoint, it incorporates an ever-increasing pitch and fervor, with more pronounced chords that bring the album to powerful crescendo before slowly breaking down and ending with an even simpler rendition of the melody than it began with.

A Melancholy Tribute to Final Fantasy IX will make you feel anything but. These are beautiful and emotion-filled renditions of some of Uematsu’s greatest work to date, and TPR has done justice to the name. There really isn’t much more I can say, other than “Go buy this album.”