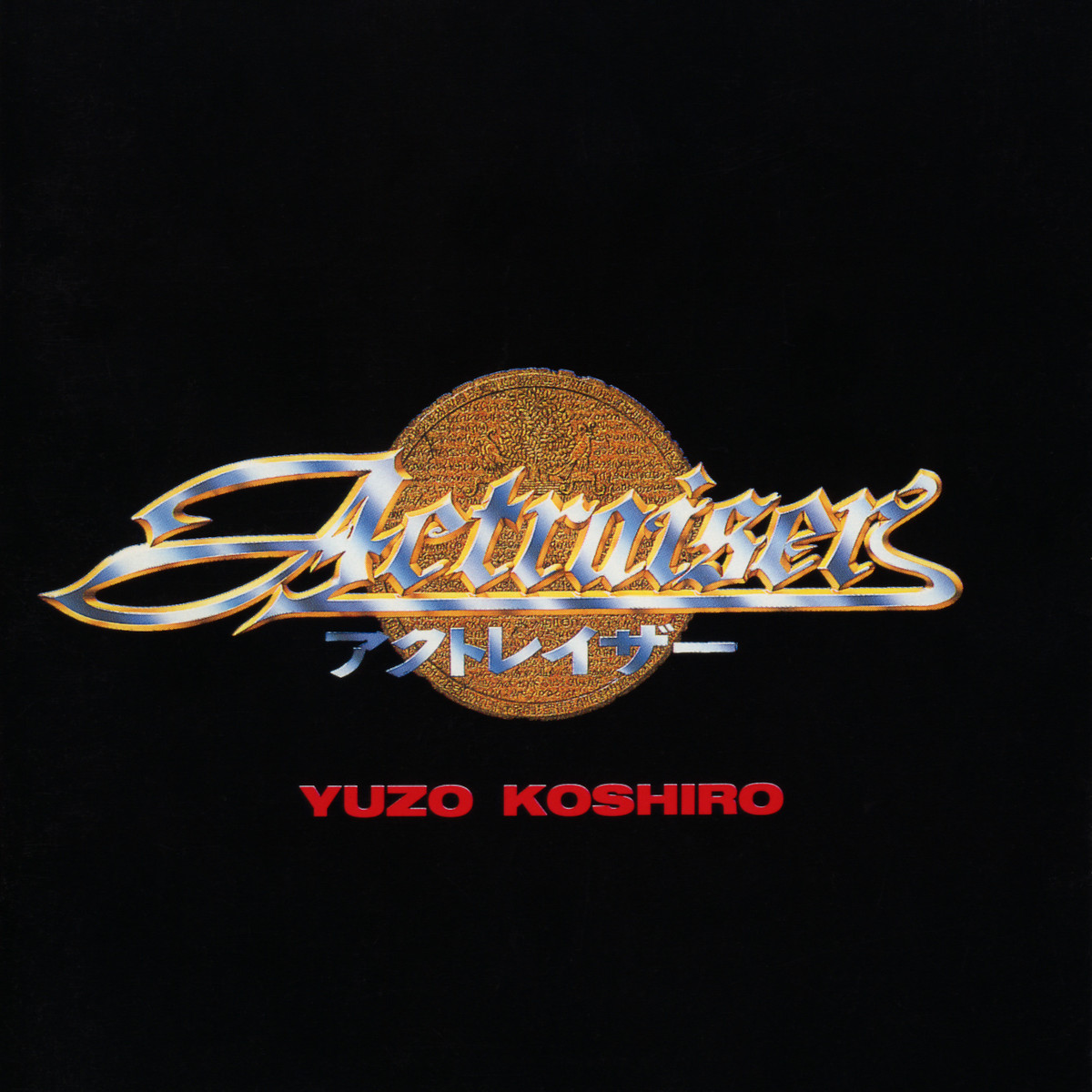 One of the most classic action games for Super Famicom, Actraiser, doubled as a “Sim City” style Simulation RPG between levels. As an angel of God, you oversaw the work of men and women as they sought to build towns in a world with corrupted demons. Once the source of some evil was revealed, you would enter a level and prepare for some serious destruction in a Castlevania-style platformer. The combination was unique, and as I said before, the game is now considered a classic.

One thing that helped make the game a classic was the music by the (now) veteran Yuzo Koshiro, who was just proving himself at the time by releasing such classic soundtracks as this one. Starting with a grand opening theme that uses the best available synths of the time (sounds like Soul Blader and Terranigma), the French horn announces the arrival of one of the best gameplay experiences of the early 90s. Glorious in every sense.

After choosing a name for yourself in the “Sky Palace,” the game begins. A quick descent to the earth leads you to “Filmoa,” the first level. The music here is absolutely awesome: and it is clearly reminiscent of the music of the Castlevania series. The chord progressions are exciting, and much of the chordal work is done on a synth that sounds like a cross between an organ and a harpsichord. There is also a soft “orchestra hit” synth that takes parts of the song to an even more dramatic level. The bass and drums in the background are also, as I keep saying, classic.

A tense boss battle begins with “The Beast Appears,” and while this song keeps a somewhat less tonal feel, there are sections of it that are really impressive for this early era of VGM: be it the timpani work, or perhaps just the many layers of instrumentation happening at once … I can’t say for sure, all I know is that this battle theme is better than your average battle theme for most turn-based RPGs.

The soundtrack takes you to other areas, such as Blood Pool and a Temple: these songs fit their descriptions well. “Blood Pool” is another upbeat song like “Filmoa,” but the “Temple” theme is slow and moody, with drawn out chords that cut, leave some silence, and then kick back in to repeat with a new melodic strain.

One of the softer songs that really impressed me was “North Wall.” The song has a wintry feel to it, what with the chords and counter melody on plucked string instruments and the melody carried on a sustained synth sound. This song is simply beautiful in nearly every regard. I would’ve been impressed to hear a song like this on a soundtrack from 1995, but this was released in January of 1991! Wow … whoever did the synth programming work with Koshiro was ahead of his/her time.

As the game begins to reach its climactic conclusions and battles, we reach the songs “All Over the World” and “Satan.” Both of these songs are intense, and “Satan” is definitely the more atonal of the two, making use of the augmented fourth interval from time to time (known in days of old as the devil’s harmony).

At this point, we leave the action-oriented part of the game to hear music from the simulation part. First up is “Birth of the People,” an almost purely baroque composition, that ushers in the beginning of your work with the mortals of the world in Actraiser. This song is so well-composed that one might honestly mistake it for a reworking of one of Bach’s thousands of pieces. Koshiro shows his side for “higher” or “legitimate” music in this song.

“Offering” is a short but effective song, played in-game when the people come to you for specific requests and bear offerings.

“Peaceful World” and “Ending” are both played after the completion of the game, but the former is a softer song, whereas the latter is more like a march, and is played during the end credits. I like the “Ending” song more because it has a touch of inspiration to it that I feel is lacking in track 17.

Nearly all educated VGM fans are in agreement that 1) Koshiro is a phenomenal composer and 2) Actraiser is one of his best works. If you were unaware, hopefully this review helped to bring you some knowledge that you once lacked. In the meanwhile, plan on never owning this album or its accompanying Symphonic album. Both are very hard to find and sell for almost $100: one of the few albums worthy of such a high price tag, this music is memorable enough to deserve such a high payment.