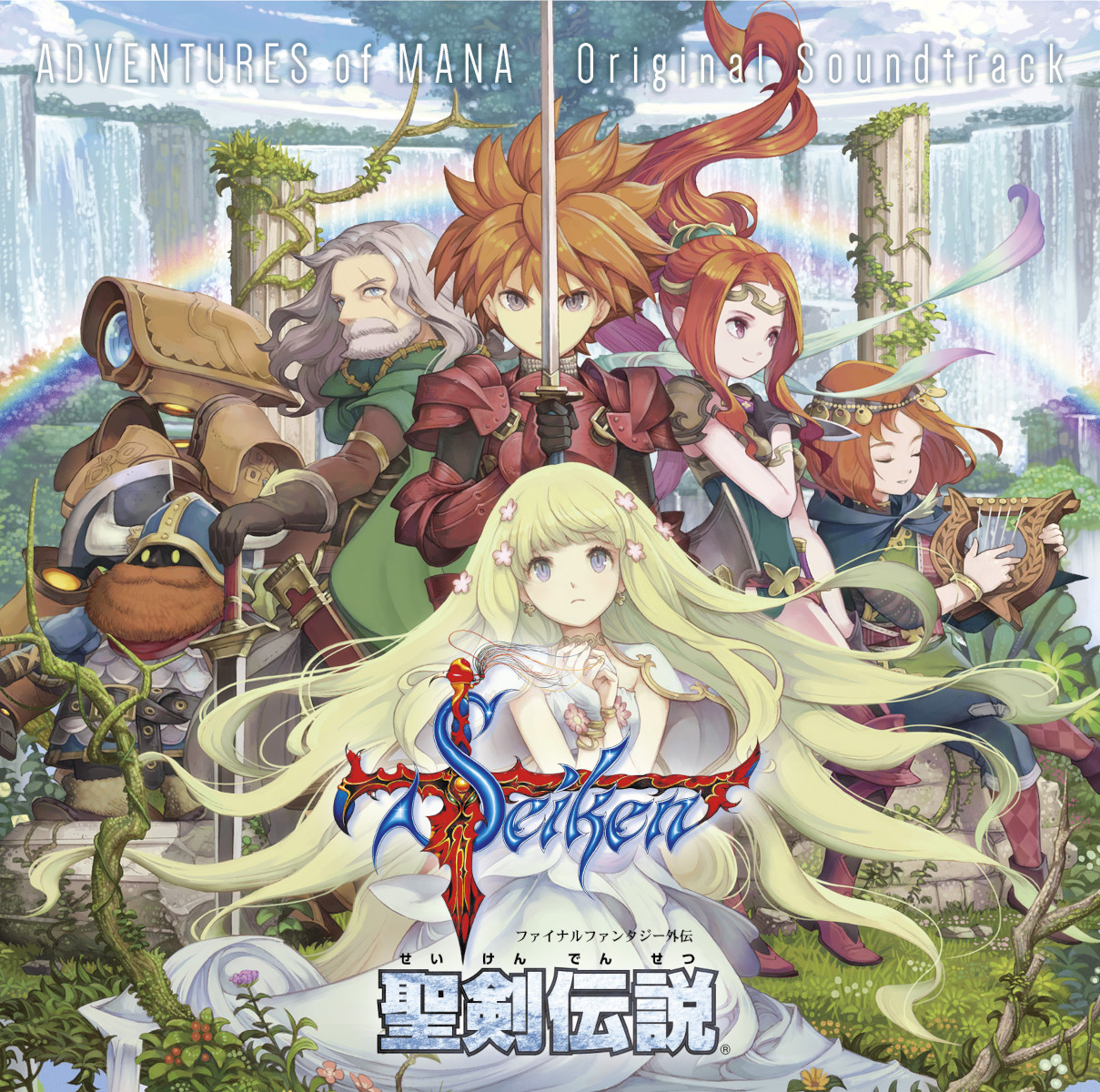 I would like to present to you an actual, totally true (not really) correspondence between myself and Square Enix.

~~~
Dear Square Enix,
Final Fantasy Adventure (Seiken Densetsu: Final Fantasy Gaiden) remains one of my favorite games to this day. It is an absolute classic. And, while some people were disappointed in the Brownie Brown-reimagined Sword of Mana (Shinyaku Seiken Densetsu), I thought it was rather well-made. Now you tell me you’ve gone and re-re-made this classic game? New graphics, new music, more faithful map and story and layout?
I mean, am I excited? Sure. But don’t you think this is a bit much? Even for a game as great as this, I think I’d rather see you push the original Game Boy classic out via the 3DS eShop than make a third iteration of the same game. Plus, for my soundtrack-collecting habits, it is quite the burden.
Sincerely,
Patrick

Patrick,
We sent a representative to your home to look at your soundtrack collection. Excluding arrange albums, it seems you own every iteration of Falcom’s Ys / Ys II soundtrack, is that correct? By our count, that’s about eight separate albums. Yes? And yet, people keep coming back for that classic pair of games, for the fun gameplay and for the great music.
We may be doing the same thing, but we’re doing it a lot less than Falcom. You can thank us.
Cordially,
Square Enix

S-E,
Touché, and point taken. I’ll be preordering the Adventures of Mana Original Soundtrack posthaste.
In (your) debt,
Patrick
~~~

So that’s the deal. Kenji Ito’s epic score, one of the best he ever wrote, and also one of his first, has been upgraded … again. The GBA Sword of Mana music was basically a transcribed update with the latest in sequenced music that could come out of those tinny GBA speakers. Adventures of Mana, in contrast, uses a mix of sequenced music and live instruments: violin, viola, cello, trumpet, flute, oboe, English horn, and guitar, to be exact. The guitar performances are done by the two key arrangers for this album, Noriyuki Kamikura and Tsutomu Narita. Because it was released on today’s technology of smartphones and PS Vita, there are no limitations to what we can do in the world of sound. As such, Kamikura and Narita left nothing to chance and gave us something full of life and energy.

If those last two names look familiar to you, that means you’ve been following the latest in S-E’s music department. Tsutomu Narita, an amazing young musician taken under Nobuo Uematsu’s wing in his band “The Earthbound Papas” and did composition and arrangements for several soundtracks such as Unchained Blades and Imperial SaGa. Kamikura also worked on Imperial SaGa, but more importantly, Kamikura has led the charge with Ito on the Re:Birth / SaGa battle arrange rock albums, which I count as some of the most critically successful arranged albums S-E has released in this decade. In other words, we have two incredibly talented men backing Ito on this soundtrack.

If you compare this tracklist to the other two games’ tracklists (check out the original Seiken Densetsu and Sword of Mana), you’ll see that there hasn’t been anything newly-composed, though some jingles have been included at the end, as well as a bonus arrange version of the overworld theme song. Why two discs, though? Take a look at those disc times. That’s a total of 90 minutes of music; had they wanted to do a single-disc release, they’d have to cut more material than just the bonus track. So we get two short CDs instead of one long, incomplete CD. Fine with me!

Through the Square Enix Music YouTube playlist, you can see how the music speaks for itself. While I adore the Game Boy chiptunes that Ito originally rendered 25 years ago, these new arrangements are a perfect upgrade. To make the comparison suggested in my pseudo-correspondence above, this is like the move from Music from Ys to Ys & Ys II Chronicles. This is Seiken Densetsu cranked up to 11, and nearly every song came out perfectly. I have absolutely no complaints about the music.

In fact, my only complaint is the “official” English tracklist. Because Square Enix has been releasing music digitally on iTunes, they’ve had to make English tracklists. Long-established fan-based translations have held in the memories of English-speaking VGM lovers, and they are being besmirched with these inferior translations. If you think I’m biased … maybe. But consider the choice they made for the overworld music: “Endless Carnage.” Traditionally, the community has translated this song title as “Endless Battlefield.” When considering the tone of the piece, as well as the nature of the combat and the level of blood and gore in this game (hint: non-existent), “Carnage” is an absolutely inappropriate word. There is no carnage, no blood and guts and viscera. It’s an absolutely stupid word choice. In another case, “Jema’s Realization/Awakening” drops the character’s name altogether, even though the Japanese track title still has “Jema” in it. Now it’s just “The Awakening.” Nonsense, I say!

I could go on, but I won’t. Nomenclature and foibles by Square Enix USA aside, this OST is so solid, so perfect, so everything I wanted it to be … it is a shame that many import collectors may pass it up because it’s a soundtrack for a “smartphone game” (Vita version in the US happened on June 28, 2016, so hopefully that helps draw in more fans!). The musical quality is nearly on par with the classic seven-track orchestral album that pairs with the Game Boy OST in Seiken Densetsu Sound Collections. It’s built to loop, though, making it fully suitable for in-game usage at all times. The blend of live and sequenced music is seamless, and with Kamikura’s touch, it really does have that “Falcom sound team jdk” special feeling … that, and/or the “Basiscape” special feeling, since Kamikura was at Basiscape before all his work with Falcom.

Also, “Mana Shrine.” Best song in the entire Seiken Densetsu series, hands down. Is this the best version? That’s difficult to say. But it’s certainly up there: probably the best in terms of production value.