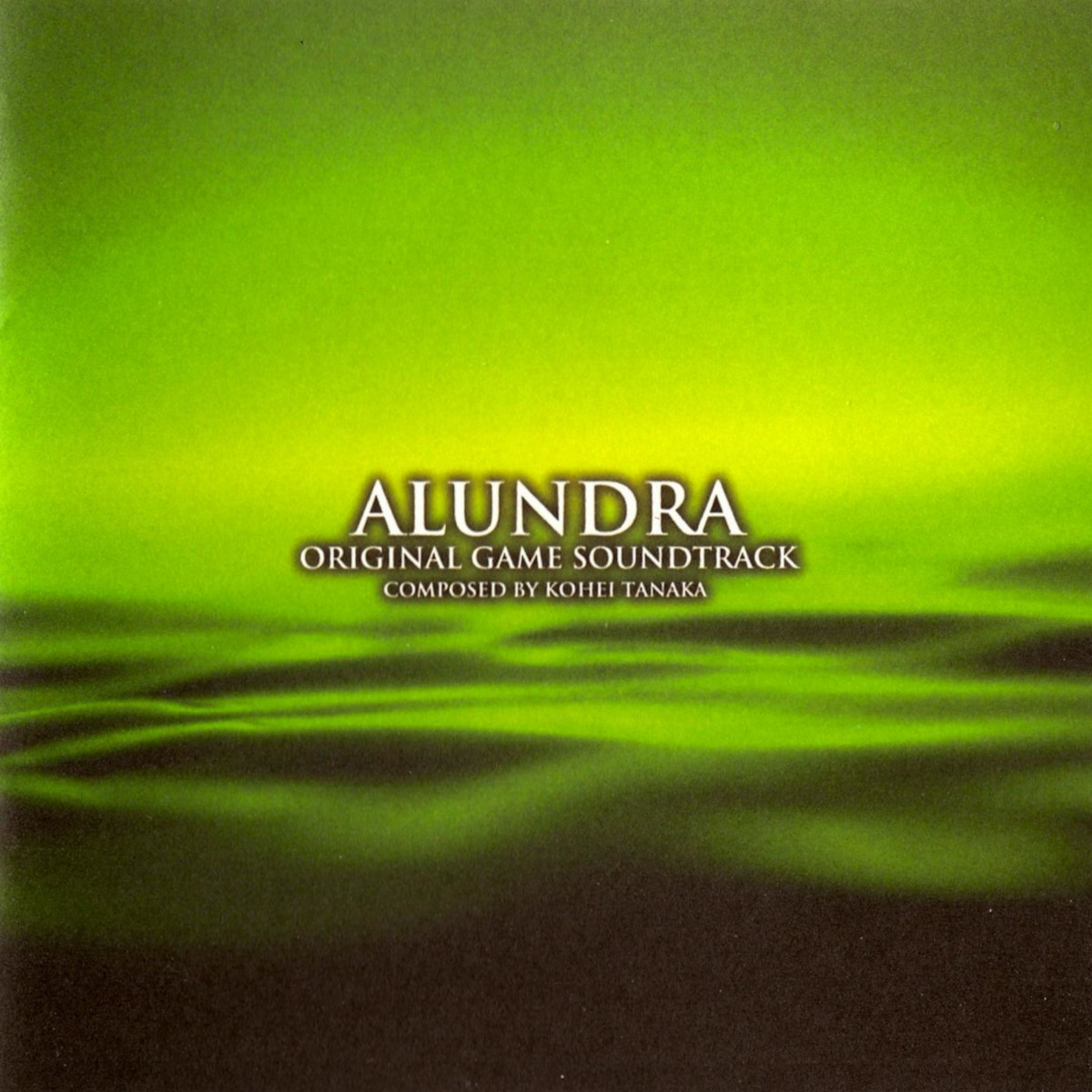 The Alundra Original Game Soundtrack is only 1 CD, and it doesn’t have every single song from the game, because a few songs were just the same song with instrumental variation. You will not find the English credits song on this CD as it was a re-recording by Working Designs; rather, the you’ll find the original Japanese song… called “Tears.” There are a total of 28 tracks, adding up to over 65 minutes of music. There is no looping/repeating for the songs, it just begins where the track loop would be and fades out. The music is stunning, and the eeriness and mystery of the music captivates any fan of Tanaka’s music.

While there are a handful of filler tracks, most of the music here is splendid. My absolute favorite track is the final dungeon music, “The Holy Demon Shrine, Arisen.”

This soundtrack is very hard to find; I got mine through the (now-defunct) shop at Anime Nation; they told me that I got the last one in stock, and since then, its value on the secondhand market has only continued to increase.

Editor’s Note: Extra special thanks to “Maou” for an updated tracklist translation.