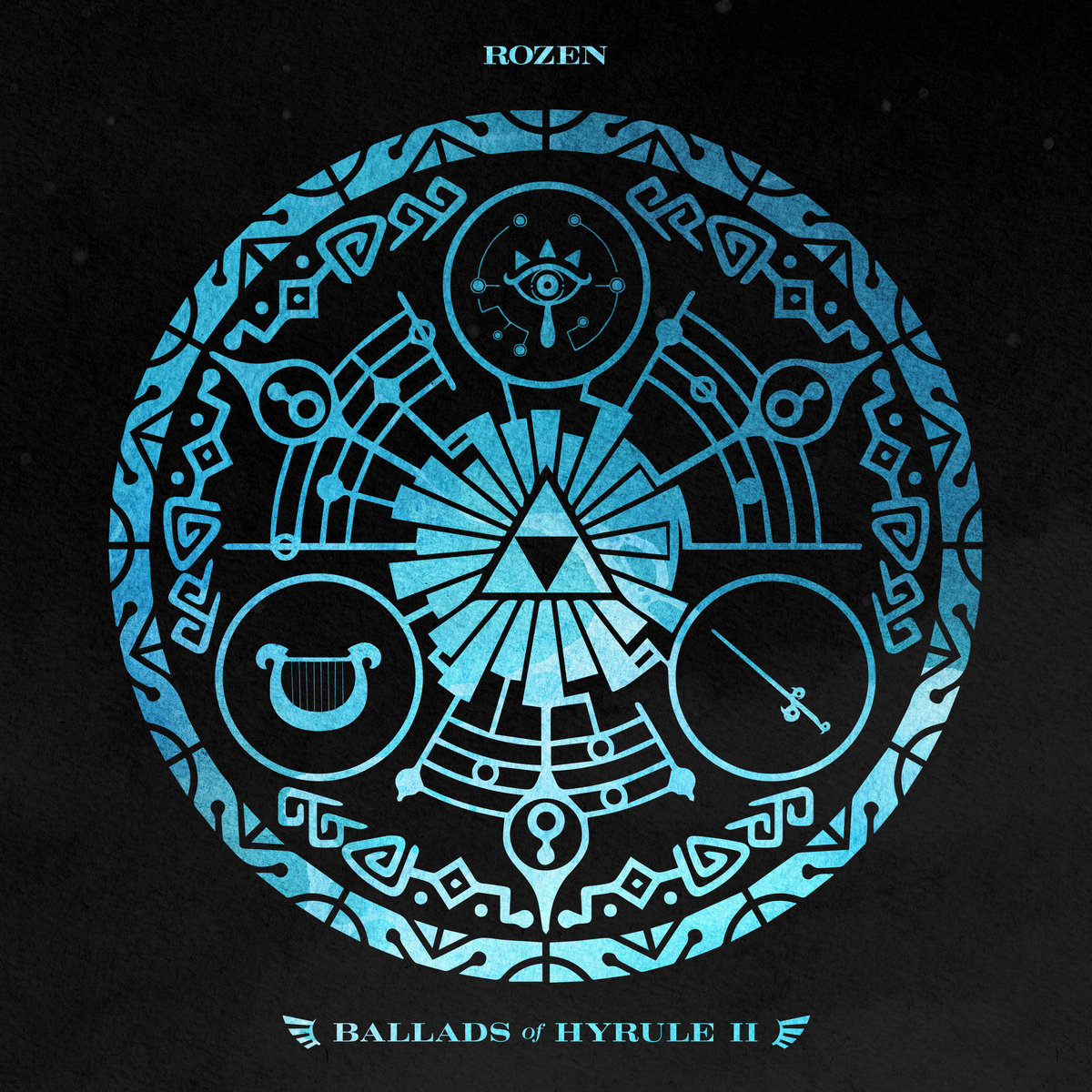 The Legend of Zelda franchise consistently delivers great, distinct music. More often than not, key themes are instantly recognizable and easily recalled after just a few notes. This is one of the best qualities brought by each of the composers throughout the franchise’s history and has inspired many fan artists to cover and arrange the tunes, both old and new. One of these fan artists is ROZEN. His talent continues to shine with his fourth Legend of Zelda-themed album, which adds more flair and instrumental complexity to already iconic tracks. Ballads of Hyrule II serves as a great reminder of the atmosphere in the Zelda series.

ROZEN often brings many instruments to the table with these songs, giving each track a very fresh feel. At first, this approach may seem to provide the compositions too much to juggle at once. However, each instrument is given a distinct role to play where they don’t overpower each other. I like how easy it is to pick out each role since it gives me more appreciation for each element in the composition. What stood out to me the most were the strings. ROZEN uses them to carry most songs in the foreground but gives them enough clarity so they can step back when necessary without losing their presence completely. I also like ROZEN’s approach to percussion and other background instruments, which add some much-needed flavor. On repeated listening, I sometimes pick up on something new or different in the background that complements the foreground, from the percussion to the wind instruments and beyond. All this shows ROZEN’s incredibly thoughtful approach to layering each song.

One of the best examples of this is the second track of the album, “Skyloft.” The percussion helps keep the variety of instruments on track. With an established baseline, the strings and winds can come and go, and certain audio cues throughout the song provide clear signals for these switches. Another track demonstrating this, but as progression instead, is “Breath of the Wild.” The original is a great example of how a song can start off minimally but slowly introduce more elements. ROZEN follows this template but adds in a bit more variety to make the soundscape his own.

Ballads of Hyrule II‘s central goal is to deliver on the atmospheric feel of the franchise, and deliver it does. The franchise never had a focus on the bombastic, and that isn’t the case here, either. Ballads of Hyrule II never strays too far from what made each track memorable in the first place. The album adds to what the originals did best without getting too overzealous with new elements.

ROZEN’s work gives me more of an appreciation for the Legend of Zelda series’ music, as well as a better understanding of its strengths. It’s understandable that some of the original songs didn’t go too far in terms of instrument choice since most games came out on handheld systems or consoles with limited sound capabilities. Still, ROZEN added variety to each track without steering too far off course. That’s what a great arrangement album should do, and what Ballads of Hyrule II accomplishes.