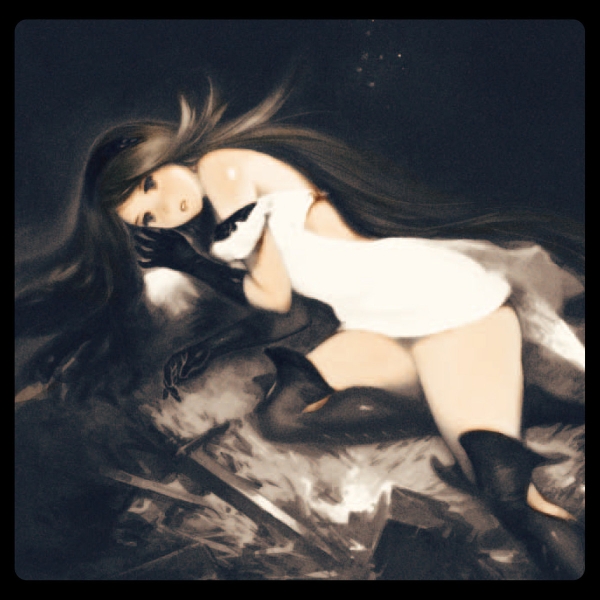 Bravely Default: Flying Fairy is one of the best soundtracks I’ve heard this year. There, I said it. Now that it’s out of the way, we can move on. It’s difficult to avoid superlatives when talking about a release like this, but that’s because, by and large, it earns them. Square Enix turned to veteran Japanese musician Revo for Bravely Default‘s soundtrack, and it has been one of the best decisions they’ve made in recent years. Known for his wide-ranging and highly varied symphonic rock suites under the Sound Horizon name, Revo is a little less-known here in the west. The artist isn’t totally new to video gaming, but this is his first complete solo effort, and what an effort it is. The Bravely Default: Flying Fairy OST manages to wax nostalgic without sounding retro, and it is as wide-ranging in its scope as the greatest JRPGs of yesteryear. The result is nothing short of fantastic.

The instrumentation in the album is excellent, and the mastering is immaculate; Revo also produced the album, and it seems that giving him that degree of control was a smart choice. There’s a huge variety of musical styles worked in here, and anyone familiar with Sound Horizon’s work would be unsurprised to hear this. Accordions, flutes, pianos, and violins jam alongside brass instruments and heavy guitar riffing, and the result is always exceptional. There are a few recurring themes that crop up over the course of the nearly two and a half hour album, and in every case they are expertly woven in.

The intro track, “Prelude Moving Toward Hope” smacks of Sakimoto and Sakuraba’s best work, and makes great use of a variety of different instruments to truly bring forth the “beginning of adventure” mentality. “Eternity’s Moment” is a low-key music box piece that seems like it would accompany the main menu of the game, and its somewhat mysterious melody is pleasant and engaging. There are a number of town themes, but the first is the appropriately titled “Land of Beginnings.” There’s a real sense of peace and optimism here, with tinkling chimes and woodwinds building and cresting beautifully.

The world map theme, “Horizon of Light and Shadow” is an absolute joy. The feeling of adventure and unexplored horizons is perfectly encapsulated here; as map themes go, this one can stand amongst the all-time greats. The main battle theme “Conflict’s Chime” is another solid entry. While I’m not personally a fan of guitar whaling in my JRPG battle themes, there’s a great rock/orchestra fusion at work here that makes a believer out of me. It isn’t my favorite track on the album, but I wouldn’t be surprised to see it making top ten lists in the future.

“Silence of the Forest” is one of my favorite tracks on the first disc, one that really calls to mind some of Mitsuda’s best forest themes. It’s hard for me to describe the song in detail without devolving into hyperbole, because it is quickly becoming one of my all-time favorites. It is evocative and understated, and gives me flashbacks to Tales of Phantasia‘s “Abyss of Thor” in terms of mood and tempo. I often say that, for me, the Chrono Cross OST will never be topped — but Bravely Default just might be able to edge out a place in the top spot, and it’s thanks to tracks like this one. The degree of nuance and subtlety here begs attention.

“That Person’s Name Is” is undoubtedly a boss theme, and it’s a complex and multipart affair in which a muddy guitar riffs all over synths, violins, drums, and all manner of other goodies. Again, I’m not normally a fan of heavy guitar jamming, but this track makes it work with aplomb. You’d be hard-pressed to resist grabbing a sword and sticking it in some bad guy’s guts after listening to this one. The sense of progression is stellar– Revo gives Uematsu a run for his money here. As I explained to a friend, it’s as if Revo made love to a rock guitar and asked it to do beautiful things for us. And then he wrote another fantastic song on top of that and put them together.

The last four tracks on disc one have been dubbed “character battle themes;” I assume because they play when a certain character’s battle performance calls for it. Each of these is a fantastic track in its own right, but my personal favorite is “You Are My Hope.” Here we have a song that allows me to use the words “accordion” and “awesome” in the same sentence. The main melody of the song is a heavy accordion-backed bit that alternates with an emotional woodwind track to great effect. In particular, the last thirty seconds of the song are among the most triumphant battle jigs I’ve ever heard. It’s top quality stuff.

“Foolish Event” is a piece full of whimsy, and wouldn’t sound out of place in a Shimomura-penned Kingdom Hearts soundtrack. There’s some big-band stuff going on here, and the track is surprisingly dramatic for a purported “foolish event.” Shortly after that, listeners are graced with (another superlative coming up here) one of the best airship themes I’ve ever heard, “Ship Soaring Through the Heavens.” This is a rocking good song that takes the sense of exploration and adventure seen in “Horizon of Light and Shadow” and jams the tempo to eleven. If I were to say only one thing about this track, it would be that it makes you feel like you are racing around the world on an airship.

I’ve said a lot about the various composers whose influences I personally felt throughout, and that was intentional, because the last few songs on the album are undoubtedly Revo’s territory. He jumps into full-on Sound Horizon mode here, going absolutely wild with some of the kinds of sound heard in his earlier album releases. “Wicked Theme” brings back the dirty guitar riffing and heavy distortion, and all of that action really comes to a head in “Wicked Battle” and “Wicked Flight.” As the first parts of a final battle suite, they work well at getting the player in finale mode, expanding the aural palette over the course of two seven-minute songs (without looping).

Everything comes to a head in the grand finale, “Serpent Eating the Horizon.” As I type this review, I’m getting goosebumps with how dramatic and fitting this final boss track is. For this, Revo pulled out all the stops. Latin choirs chant over rock guitars, heavy riffing accompanies dark and foreboding synth warbling that bleeds into various themes from throughout the album, and (not before a brief moment of respite) in one of the most inspired and damned awesome moves in years, each character’s battle theme is spliced into the track. This is a track that represents everything Revo has built towards throughout the album, and it that it culminates in the themes of the four heroes you’ve brought to this moment is inspired and unforgettable. “One-Winged Angel” has absolutely nothing on this track.

In the end, it truly feels as though Revo took a look at the entire history of JRPG music and attempted to distill the spirit of it into his work here on Bravely Default. It is both evocative and an evolution of things heard in the past, and fans of his previous works will undoubtedly agree that what’s here bears his signature. What results is a resounding success, and one of the most rousing soundtracks in recent memory. If the rest of the game is up to this level of quality, those of us in the west have even more reason to beg Square Enix for a domestic release.