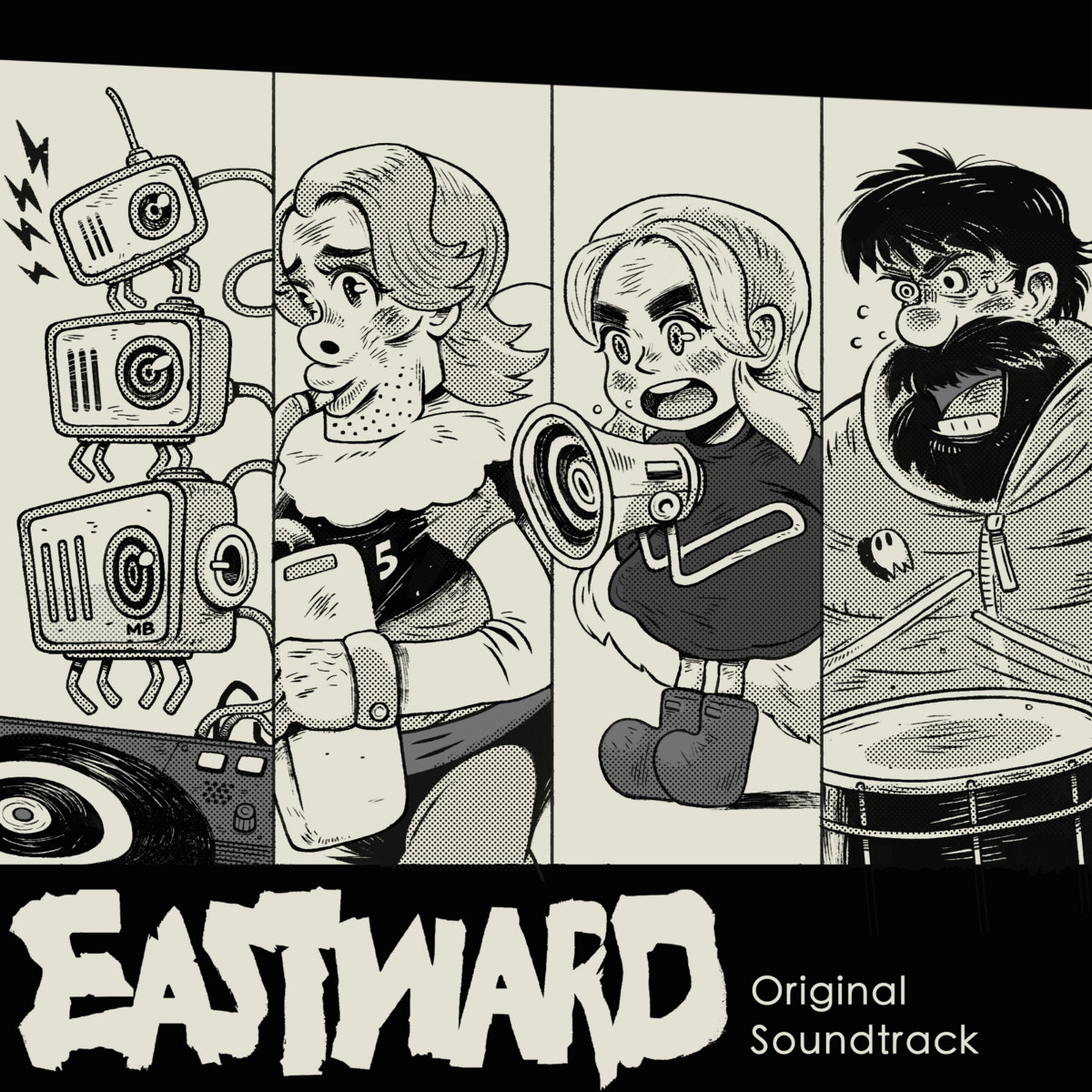 Pixpil’s charming new RPG Eastward is like being wrapped in a warm blanket as it reflects memories of the genre’s greatest moments while following its own modern guideposts. Its soundtrack (penned by accomplished composer Joel Corelitz) masterfully straddles the line between the past and present, honoring established stylistic tropes while seamlessly shifting into contemporary influences.

The title track is a perfect starting point, as it’s led by a buoyant chiptune bounce worthy of an SNES console classic before releasing into a four-on-the-floor groove. Hints of dance synths seep through its retro framework and give Eastward a sense of place that transcends unmoored pastiche. It also sets up the brighter moments of the game nicely, making space for cuts like “Sam” and “Glimmer,” which are smile-inducing compositions. The former bustles along with childlike glee, fitting for its super-powered protagonist, while the latter has optimistic momentum true to its namesake, like a sparkle in the eye.

Eastward’s soundtrack also excels in its subtle sequences, as it’s packed with underlying ambiance that allows the game space to breathe. “Silent Mist” thrives in freeform atmospherics rather than attaching itself to a concrete structure, while “Hall” is a slow and steady beauty that wouldn’t sound out of place on an early Orbital record. The arguable highlight of Eastward’s ambient moments is “Legacy,” an icy reflection whose quiet keys and swirling pads are minimalist yet deeply moving, but “Void” could just as well notch that title with a sound that would make Stars of the Lid proud.

There’s an exceptional amount of tension throughout Eastward as well, with foreboding refrains. Standout cut “Disaster” is a brief but chilling highlight that gives way into the alarming “Emergency” which drips with Metroidvania boss battle aesthetics. Later in the tracklist, “Twisted Justice” offers tactile, glitchy punches that are eventually interspersed with a simulated choir, while “The Duel” morphs into a Kavinsky-esque synthwave banger. The penultimate clash in “Final Boss” raises the stakes with synths stretched and crunched into a blood-pumping battle of sounds.

Corelitz also occasionally taps into rock and jazz touches that give Eastward some extra flavor. “Bar” brings a smoky slice of riffage tailor-made for a packed pub, while “Saka No Machi” employs classic rock guitars and soulful piano plucks. These cuts are welcomed reprises from the soundtrack’s most synthesized moments and echo the versatility of Eastward’s gameplay and story, a dynamic and ever-evolving waltz through pixelated sights and narrative beats.

Aside from the forays into organic instrumentation, Eastward equally excites when its atmosphere kicks into overdrive. “Hurry Up” is an absolutely frenetic, hyperactive run through rapid-fire synths that are perpetually evolving into new forms. Further down the tracklist, “Cranky Engine” is a propulsive cut of jittery goodness that’s spirited through every second, while “Tatari” finds a dark, antagonistic edge to its brisk bursts. All of these tracks thrive in sensory overload that’s as attention-grabbing as it is intelligently composed.

Circling back around to Orbital and Stars of the Lid intonations, the Eastward soundtrack is arguably at its best when it gives way to heady influences. “Industrial” has IDM inflections woven through trippy drums before grounding it with traditional RPG flair near its conclusion. A few songs later comes the gritty wobbles and glitchy percussion of “Tatari” that provides a complex, bass-heavy edge to bookend the track’s otherwise time-honored inclinations. While these don’t make up the bulk of Eastward’s body of work, they’re thrilling explorations that ensure surprises around every corner.

At a staggering 73 songs, it’s impossible to discuss every inch of Eastward’s soundtrack without writing a review the length of a master’s thesis, but there’s not a single miss to Corelitz’s name here. From “Game Over” to “Isolation,” expect beauty and irresistible pathos around every corner as Eastward comes alive.