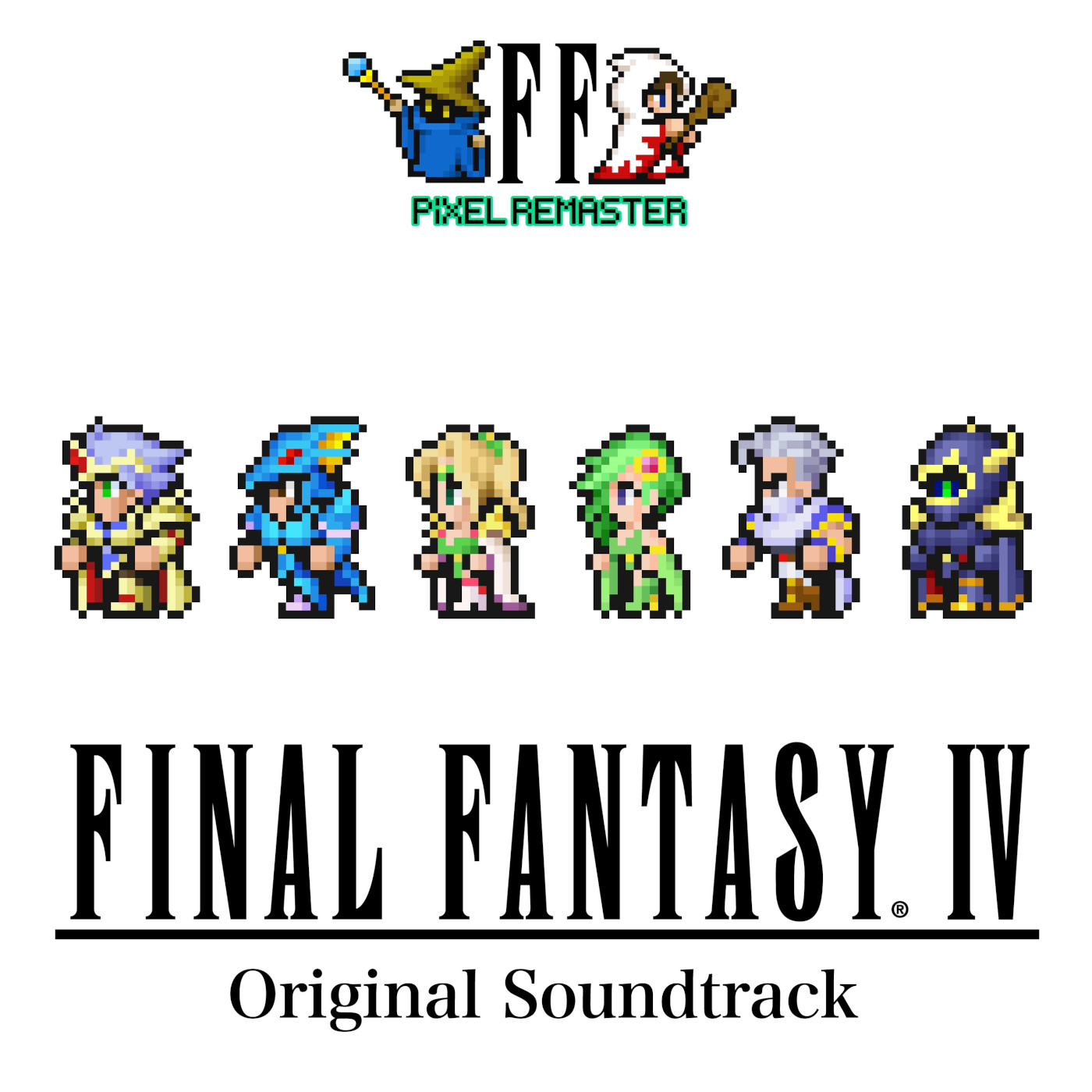 Final Fantasy IV is one of, if not the most, important game in the series. It established Square Enix’s franchise into what it would ultimately become. The original Final Fantasy could be seen as more of a Dragon Quest knock-off, with Final Fantasy II and III being very experimental in nature, but it was IV that set every single precedent that would make this series what it is.

The album for the Pixel Remaster version of Final Fantasy IV is, in my opinion, the best rendition of the soundtrack out there. It faithfully recreates Uematsu’s phenomenal score from the original while having its unique sound to separate it from the many musical re-releases Final Fantasy IV has had over the years.

Some of the more well-known themes such as the “Theme of Love,” “The Prelude,” and “Prologue” especially are powerful pieces. “Theme of Love,” in particular, almost brought me to tears the first time I heard it because it was so beautiful. Most of the songs in the Pixel Remaster soundtrack are so good that it would be fun to analyze each piece individually, but doing so would make this review far longer than it needs to be!

I say “most” because the only song in the soundtrack that is still jarring is “Run!” It’s one of those songs that accomplishes what it aims to do in the game, but listening to the soundtrack alongside the other songs, it’s extremely startling and honestly made me jump the first time I heard it, especially since it plays right after “Fabul.” Thankfully, it’s not a song you often hear in the game and is a minor blip.

The battle themes are, of course, excellent—many incorporate light rock elements as well as a lot of synthesizer. To me, this seems like a nod to Uematsu and his favorite instrument, as he loves putting synthesizer in many of his works and loves rock music. The battle themes all have very defined brass sections, though the soundtrack contains a lot of very pronounced brass overall. The sound works extremely well to accentuate the feel of walking around a castle, such as in “Kingdom of Baron,” or the quirky feeling you might get from “Giott, King of the Dwarves.”

I would be remiss not to give special attention to both “Within the Giant” and “The Final Battle.” “Within the Giant” in particular has such a radically different sound from a lot of the soundtrack (even though brass is once again prevalent!), but this version does such a phenomenal job of letting you know this is the end while also feeling like being in a foreign world. “The Final Battle” is also well represented here, complete with synthesizer and light rock elements intact. A very pronounced choir also plays in the background, which adds to the song’s atmosphere and gives that awesome feeling of a final boss that most Final Fantasy titles feature in their last boss themes.

Overall, I would say this is the definitive soundtrack of Final Fantasy IV. No matter how you end up feeling about Square Enix and the products they make, we can all at least agree that one thing Square Enix does extremely well is music. That is especially clear and perhaps obvious in the Final Fantasy IV Pixel Remaster soundtrack.