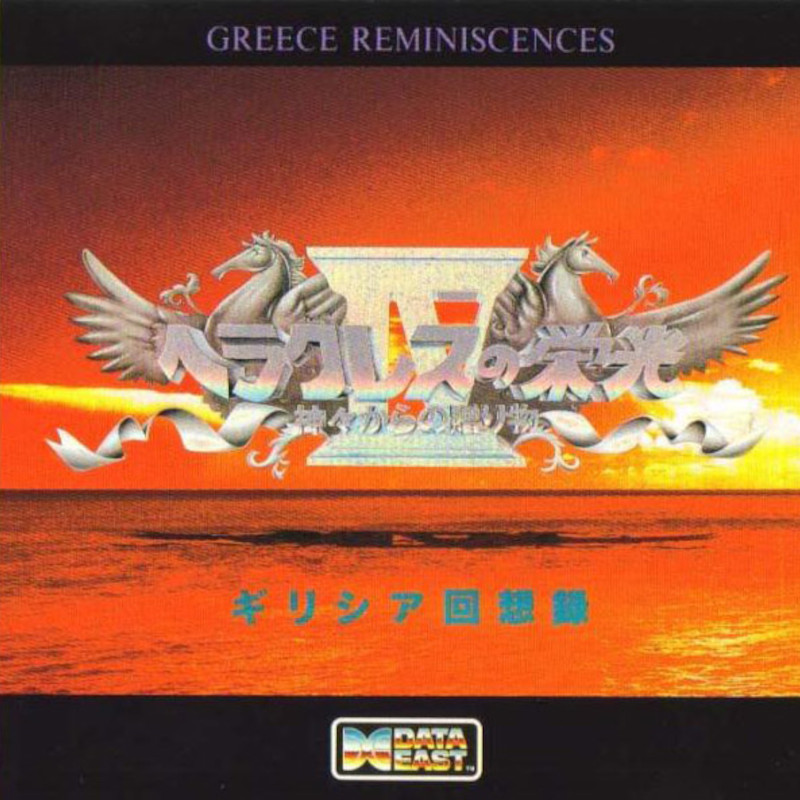 Glory of Heracles was Data East’s only significant RPG series. They released four games in the series (two NES, two SNES), as well as one Game Boy spin-off. None of these games were published outside Japan. After Data East went bankrupt in 2003, a developer named Paon picked up the rights to the series, and they recently created a DS title in the series, which will be the first time the series sees the light of day in North America.

An interesting bit of trivia is that the games’ scenarios (all but the first game) were written by Kazushige Nojima, who also did scenario writing on many Sony-era Final Fantasy titles, starting with Final Fantasy VII. The Glory of Heracles games also play very similarly to the Dragon Quest series, and thus, there is a small but fervent following of this series in Japan to this day.

The soundtrack itself is a fantastic collection of music. Though, I must say, I am confused by the difference in sound quality. There is a slight upgrade in sound quality between the Glory of Heracles IV tracks on this album, and those on the OST released by Pony Canyon. Perhaps these are the original MIDI/sequenced versions before being compressed into Super Famicom chiptunes? Either way, it’s a definitive upgrade.

The only thing I really wish this promotional album had is music from the first Glory of Heracles, as well as the Game Boy soundtrack. But I’m complaining far too late (about 15 years too late) for anyone to care. Data East, as a company, is long gone, and this rare album has a market value of 50 to 100 dollars, though most buying and selling of this album takes place within Japan. You may find that you too will enjoy this tapestry of sounds. Japanese composers writing in a style they believe to be ancient Greek/Mediterranean is a truly enjoyable experience.