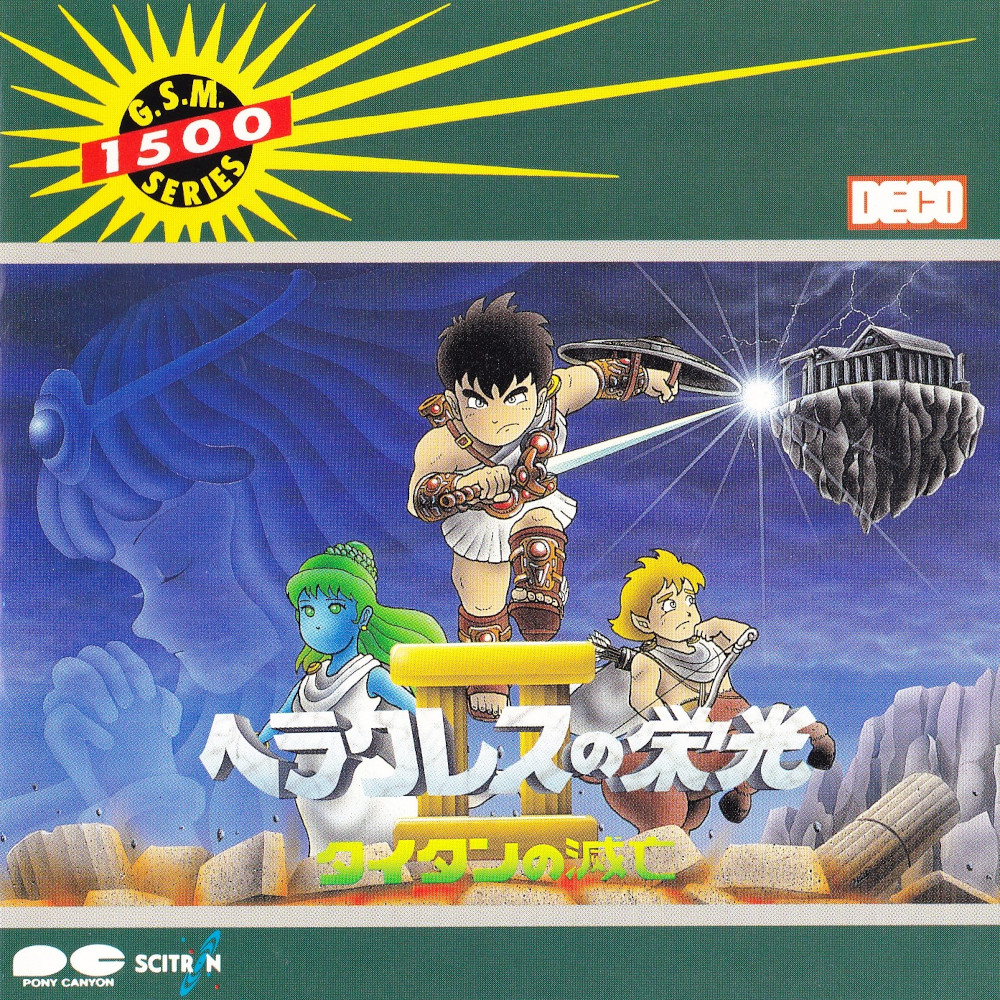 The way the soundtrack for Glory of Heracles II works is like this: the first part of the track is the original Famicom chiptunes, but inevitably, the track fades and transitions to a higher quality arrangement (also, for the most part, synthesized). Some of the arrangements do have live performance, though, including a non-lyrical female vocalist on track 13, “Aria of the Gods.”

Only two exceptions exist to the “original and arrange” rule. The opening and ending tracks are purely arranged tracks: no OST Famicom synth is to be found on either of those tracks.

Hiroaki Yoshida, also known as MARO, got his start in VGM thanks to Data East, the company who created the Glory of Heracles RPGs. Glory of Heracles II is one of MARO’s first published works. Because of that, and because of its general obscurity today, it is definitely considered a collector’s item. Japanese collectors are particularly interested in the item, since Glory of Heracles II was a Japan-only RPG, and it holds a small devoted following due to the game being, in essence, a Dragon Quest clone with a Grecian setting.

But the music itself is fantastic. Specifically, the OST portions of the tracks, are really strong. The arrangements tend to be on the uninspired side. Only occasionally do they shine with some additional musical decorations. One positive example is the arrangement of track 3. The OST portion is fantastic already, but the arrangement brings plenty of ethnic flair that would have gone unnoticed in the OST version, if not for the song’s scale (which, I believe, is a Lydian mode). An example in the negative is the next track. The OST portion showcases a fantastic 8-bit melody and interesting, fast-paced harmony. The synth arrangement slows down the tempo, upgrades the synth, and does little else. Here, I prefer the OST portion of the track.

Which, of course, brings me to my one complaint about this album. The OST portion is not looped, and often takes up less than one third of the total track time. Honestly, I’m more interested in the original chiptunes than the arrangements. If the arrangements were a full, live symphonic orchestra, then maybe I’d “change my tune” (get it? Soundtrack pun!). But even though I want more OST, the addition of the arranged music in its “super-synth” form is pleasant enough. I wouldn’t want anything removed… I just want more!