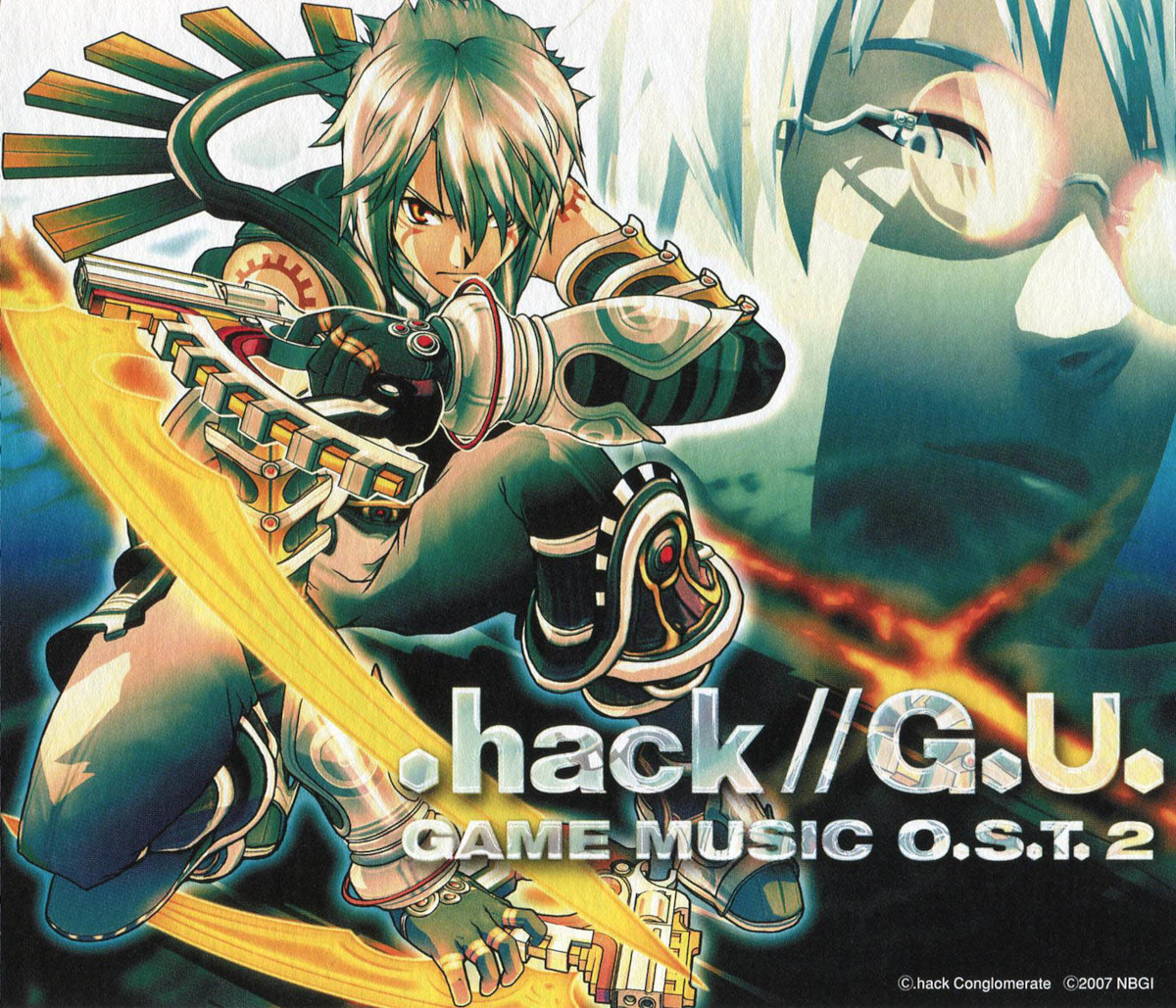 I’ve been following the music for the .hack// series since its inception. It started out pretty good, and then it got better. Now, it’s reached a point I didn’t think possible. I know it’s early to say this, but the .hack//G.U. Game Music O.S.T.2 is already in the running for “soundtrack of 2007.” Feel free to disagree, but that’s what I thought.

And this is how I came to that conclusion: when I write these reviews (and believe me, I’ve written many of them), one of the first things I do is decide which songs I consider to be the best from each disc. Before I even begin forming thoughts about what I will say about a soundtrack, I usually have a fair idea as to what songs ought to be suggested for the listeners to check out. And I rarely pick out more than five really worthwhile songs per hour-long disc. If I have to narrow it down from eight tracks to five, that’s … pretty rare.

I listened to the first disc of this album, and after the first listen, I had noted fifteen songs for consideration. That’s half of the entire disc! And those were the songs that really left an impression on me! The others, the ones I hadn’t written down, were still great, just not especially great. But here’s the point: ALL OF DISC 1 IS GOOD. It’s not easy to find a whole disc of awesome music anymore these days. “Filler” music, a.k.a. “the bane of my existence,” is commonly found on every OST known to man. There’s a teeny tiny bit of it on disc two, but none of it is on this first disc.

As I just said, Disc two isn’t as good as the first, but it’s still decent. It beats out all previous .hack// soundtracks. Chikayo Fukuda is demonstrating the sound team’s greatest accomplishments on this soundtrack, and it shows.

Not only is the OST more musically capable, it is also more memorable. Strains of melodies, little bits and pieces from songs in past .hack soundtracks, have been subtly placed in many of these songs, so the work of nostalgia is in play. Yet, there is more than enough new music to keep things fresh. What’s more, there are a total of 17 tracks on this album with vocal performances. Some are male, some are female, some are mixed; some include lyrics, others are just voiced melodies…all of them are awesome. There are silly songs for Piroshi 3, Grunty, and those folks, and then there are serious songs, such as the Opening Loop Demos and the beautiful staff roll vocal pieces (1-21 and 2-18 are the track numbers).

In case it wasn’t clear by now; yes, O.S.T.2 covers the music for .hack//G.U. Vol. 2 and Vol. 3, thus completing the music for the series. Considering the last set of four games had its music packed into only two discs, and now a set of three games had its music spread across four discs, it looks like CyberConnect2 got the message: we want more quantity to match the quality. If you’re a .hack// fan, know that you’re getting what the fans asked for, and it’s most definitely a good thing.

For those unfamiliar with the style, what you’re checking out here is a seamless blend of trance techno with unforgettable melodies and stellar vocal performances. Occasionally, there are also some silly character themes, rock-hard battle themes, and beautiful piano solos. But, in general, these songs have awesome beats accompanying them, and it’s easy to become addicted to the style.

I’m so proud of Fukuda and the rest of the G.U. sound team: programmers, performers, everyone. No one’s paying me to say this; it’s just that I wasn’t expecting this album to be nearly as good as it was.

I’m uncertain whether a “regular edition” will even become widely available, depending on how sales go, but the first print also comes with a cute little media CD as a bonus. It has wallpaper and character voice clips.

A recommendation: buy this album.