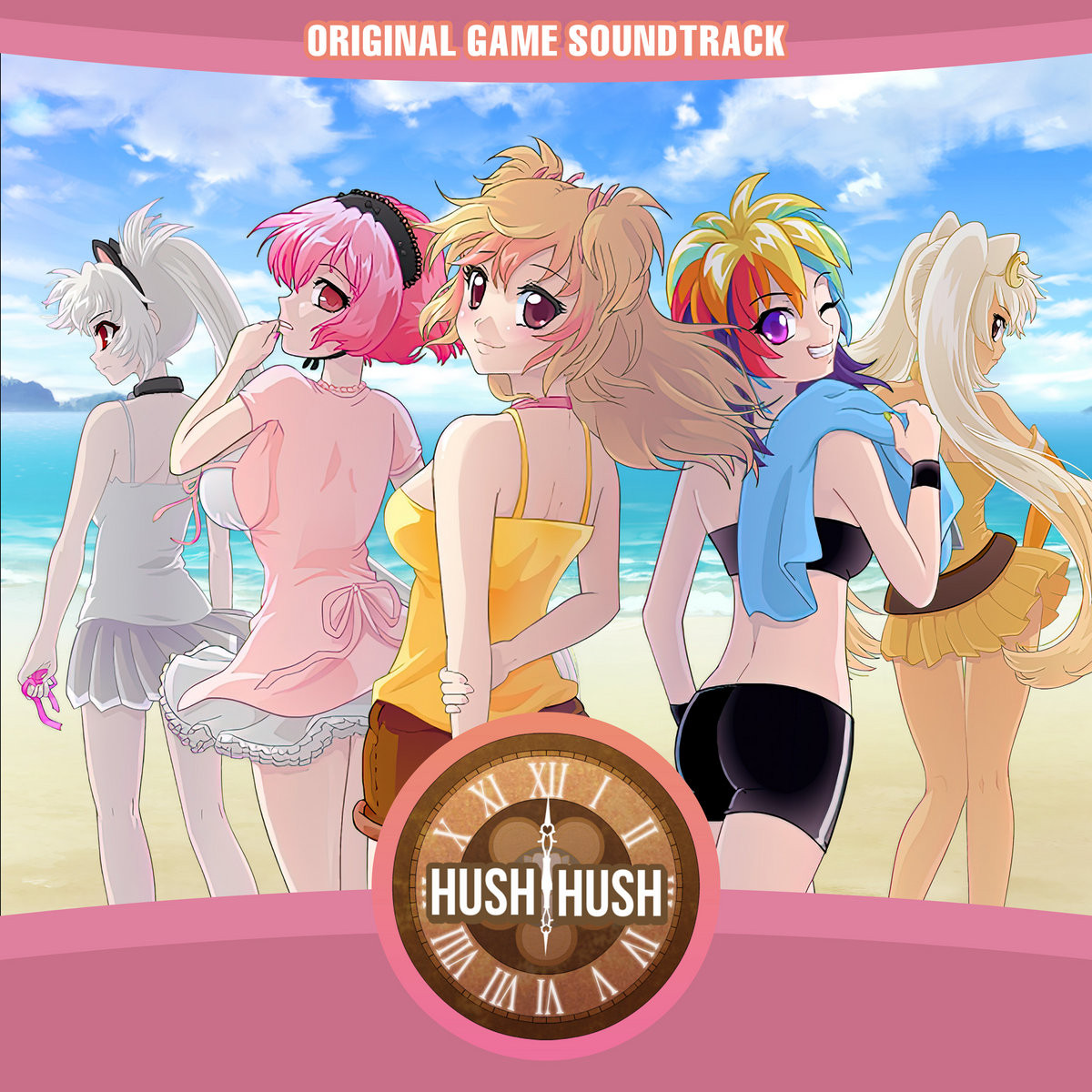 Hush Hush – Only Your Love Can Save Them is the latest dating sim/visual novel from developer Sad Panda Studios and serves as a follow-up to their breakout 2016 hit Crush Crush. This newest entry came into being through a crowdfunding campaign, and the noticeable result of this added funding was more and higher quality assets. In the case of the game’s soundtrack, we’re talking over two hours of original audio, much of it scored by veteran composer/arranger Dale North.

Upon first listening to this lengthy soundtrack, two observations came to me with increased clarity as I proceeded through the tracklist. First: the artists collaborated to ensure a relatively cohesive soundscape. Second: each artist still has their own unique style.

North contributed the most, with 20 tracks to his name, about 40% of the entire soundtrack. His music demonstrates a lingering influence from the Japanese game music scene (with the “Hush Hush Theme” showcasing the peppy synth opening one might expect from Tokimeki Memorial or Memories Off). However, as the game’s scenes call for differing musical styles, North isn’t afraid to lean in to make the music work. The sultry saxophone in “Smooth Moves,” a track most certainly written for the game’s more… shall we say, explicit(?) content… sounds so good and so authentic that it’s clear North has become a master at his craft in synthesized composition over the decades.

Five additional composers contributed to this soundtrack. Their names are unfamiliar to me, but it is somewhat easy to tell which composer wrote which song after a bit of studying. Felix Arifin handles the zany, off-the-wall musical numbers. Chris Iskander fills out the character and environmental themes with plenty of electronic piano and other pad synths. And James Spanos, who only contributed a handful of tracks, has a great sense for writing slower, thoughtful, atmospheric pieces like “Dark Blue Eyes” and “Serious Threat.”

That publisher Scarlet Moon Records handled this soundtrack release wasn’t a surprise to me after I saw Dale North’s name attached to it. The cavalcade of additional composers was a surprise, but not an unwelcome one. Maintaining a consistent soundscape among so many musicians is never easy, but the Hush Hush Original Game Soundtrack sticks the landing with a solid visual novel score that’s worth listening to on repeat.