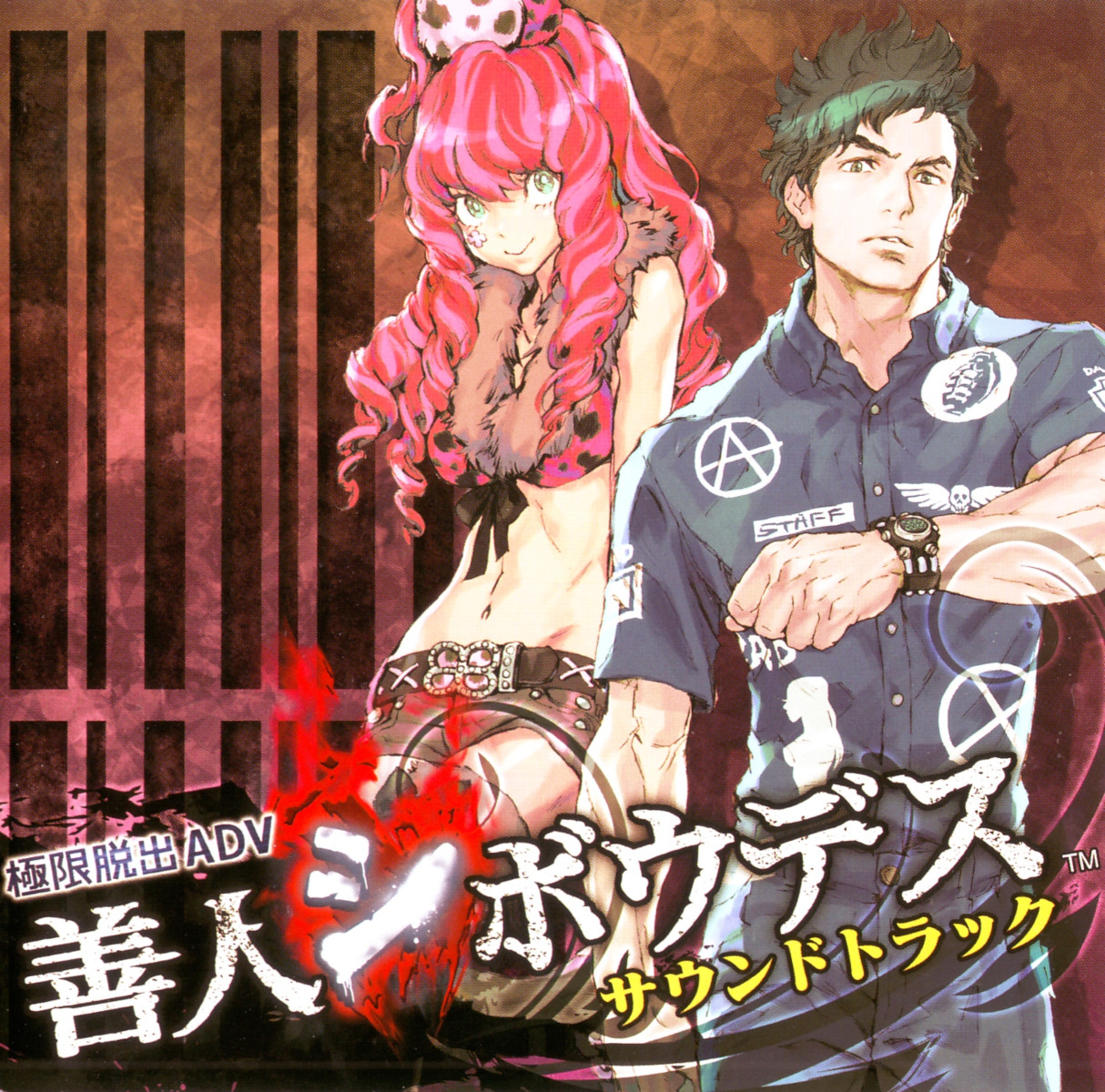 Having only freshly boarded the love-train for the Zero Escape series, I only recently took notice of veteran composer Shinji Hosoe’s work on both 999 and Virtue’s Last Reward. Despite the relatively low sound quality of the DS original, I was still a big fan of the moody yet memorable tunes that accompanied the game’s onslaught of text; in fact, the music was one of my favorite parts of 999. Given the weight of expectation placed on the second game, VLR, I was thrilled to hear not only that many of my favorite themes from the original were expertly redone in higher fidelity, but that they were also placed alongside a host of excellent new tracks.

This soundtrack draws on the 999 influence right from the get-go: the outstanding “Morphogenetic Sorrow” is arranged for both orchestra and piano, and these two tracks bookend the album. “Virtue’s Last Reward ~Orchestra~” is a competent reinterpretation of the track that does a nice job introducing the album, but doesn’t have quite the same punch as its source material. The ending track, however, “Virtue’s Last Reward ~Piano~,” fares better, managing to recapture the emotion and sobriety of the original while still putting a more high-fidelity spin on things. Both of these tracks feature a bass-heavy second half (which revisits 999‘s main theme) that is pretty jarring compared to “Morphogenetic Sorrow.” This half serves as a kind of theme for the game, and some of its motifs are repeated throughout other tracks in the album.

Disc one of the album, the aptly titled “Escape Side,” contains all of the tracks that accompany puzzle-solving rooms in-game. These are universally great and manage to convey a sense of thoughtful tension that captures the essence of being trapped in the Ambidex Game. “Ambidexterity” is an arrangement of 999‘s “Unary Game,” and the higher sound capabilities of the 3DS and Vita are put to great use in reimagining this track. In fact, nearly all of the tracks that made an appearance in both games have benefitted from the jump in hardware generations: the music was strong to begin with, but the better technology really lets the compositions shine. That said, if you have no experience with the games and aren’t just a fan of Shinji Hosoe in general, you might not get as much mileage out of the Escape Side.

Which brings us to disc two, “Novel Side,” which is, at least for me, the stronger half of the album. I can’t imagine the challenge one faces when having to compose music to accompany long stretches of text; with the wrong music, the emotions elicited by the audio and the text could get out of whack and really damage the impact of the game. Fortunately, just like with 999, Hosoe knocks these out of the park. The calmer, early-game expository tracks, like “Sinisterness,” “Placidity,” and “GLTM-KM506” mix curiosity and a sense of incipient mystery in brilliant fashion. The ominous strings accompanying “Sinisterness” put the listener in a state of uneasy calm, as though something sinister really is just bubbling beneath the surface. The expertly-titled “Clarification” combines a twangy string and a low, thrumming bass that, at least for me, having played the game, is evocative of the sentiment suggested by the title.

However, it’s the final chunk of songs on disc two that really steal the show for me. “Divulgation,” which typically accompanies late-game scenes of “final exposition,” has a meaty sense of weight tied up with muddy bass that feeds into a series of high piano notes and synths that throws me right back into the last moments of the game. “Demise” is similarly dark, with a computerized, otherworldly sound backed by a fast-tempo bass.

The track “Blue Bird Lamentation” is my favorite song on the soundtrack. Starting with a sparse and melancholic music box-inspired version of the main Virtue’s Last Reward theme (heard in the two bookending tracks), rich strings begin to fill out the soundscape and, true to the title, give the song a real sense of lamentation. This track accompanies only one scene in the entire game (as far as I can recall), and this music is perfectly suited to it.

If you haven’t realized it yet, there are huge amounts of emotion tangled up with the excellent music on this album. Like some of the best movie scores, however, a lot of it depends on your knowledge of the events that the songs accompany in order to realize their full potential. However, their sentiment rings true whether you’ve played the game or not, so at the very least you couldn’t stand to lose anything by giving this soundtrack a shot, especially if you’re a fan of Shinji Hosoe. And hey, if nothing else, it makes a great accompaniment to reading a book!