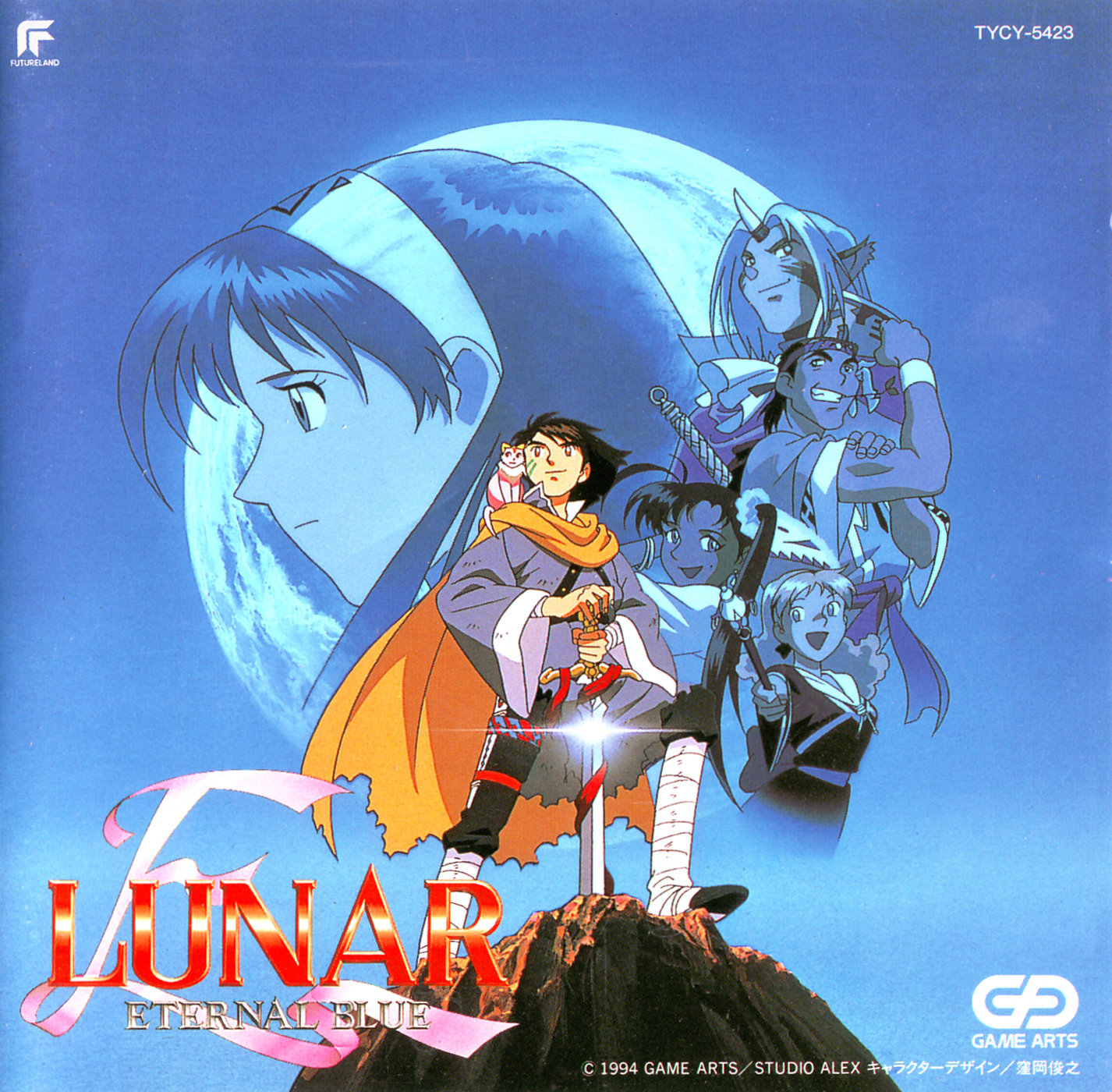 Lunar: Eternal Blue is undoubtedly one of the best games made for the Sega CD. One of the features that pushed it to the top of the system’s lineup, was the musical score. Argueably the best composed music by Noriyuki Iwadare, the songs and themes are nothing but exceptional. With songs such as “Dragon Steamship Vargan” (known in America as the Dragonship Destiny), I often times just stood in place to listen to the music. In fact, I did an awful lot of sitting around, because of the large quantity of catchy, and very memorable tunes. “Zophar vs. Lucia ~The Last Battle~” is probably my favorite song on this CD, and I wish it would have encoded well in Real Audio, but it doesn’t, which is why I left it out. It starts off with a very calm, distant sort of sound with the music, giving you a sad, hopeless feeling, then suddenly becomes very loud and brings forth a sort of feeling that there may be hope… it’s an interesting experience, rather hard to put it into words.

There are two vocal songs on the CD, one being “Adventure Road” on track 2, which isn’t even used in the game, making me wonder why they included it, and the other being “Eternal Blue,” the Japanese version of the song that many of you Sega CD owners will recognize from the Working Designs translation of the game as “Lucia’s Song.” While both songs are a nice addition, I could have done without “Adventure Road” and Hiero’s singing, as I would have preferred some of the tunes that aren’t present on this soundtrack. And that my friends, is where this soundtrack falls short. Some of my favorite songs, such as the battle theme and boss battle theme, are not present, which boggles the mind.

Still, this CD is a worthy addition to my collection, and to yours, IF you can find a copy nowadays.