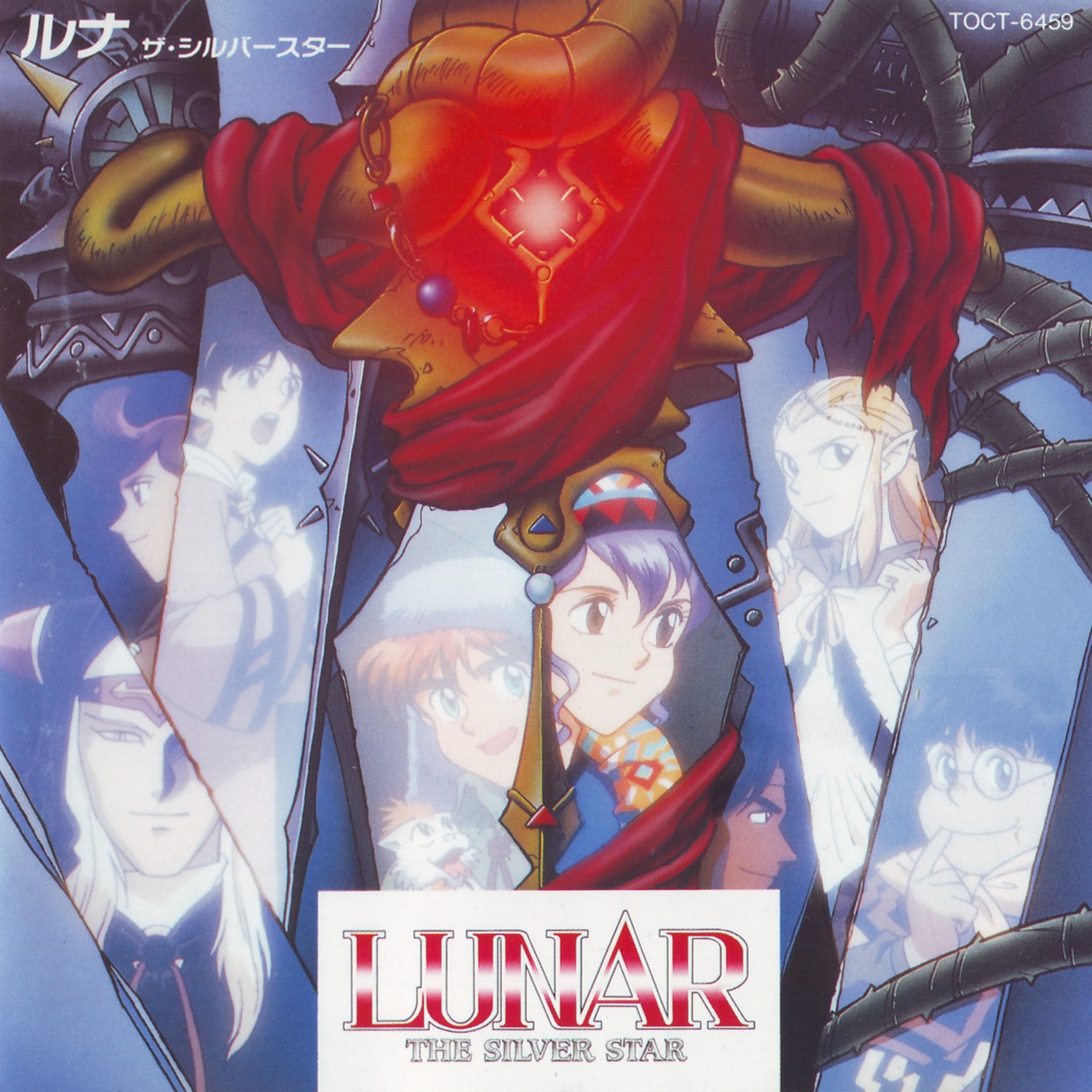 The first Lunar game on Sega CD pretty much came out of nowhere and blew away almost everybody who played it. People had been waiting for an RPG on Sega CD for a while and although RPG fans would have been satisfied with any “average” RPG on the system, what they got instead was an instant classic that garnered a very devoted fan following. Obviously, the fact that Lunar was one of the first RPG to feature anime cut-scenes, voices and a CD quality soundtrack (Ys Book 1 & 2 was the first) really helped to make the game an experience that you couldn’t forget.

After playing RPGs on the NES, Master System, Genesis and Super NES, RPG fans were accustomed to the low quality RPG soundtracks that relied on very limited sound chips of the systems. Although a lot of RPGs featured quality composition, they were obviously limited by the technology available at the time. Then came Lunar: The Silver Star on Sega CD. The difference in sound quality was obvious and the advantage of the CD format was clearly felt by audiophiles. If sound quality was the only thing that Lunar had going, people would have easily forgotten about that after a while but thankfully for us Lunar also had great composition thanks to Noriyuki Iwadare.

It’s difficult for me to try to explain why Lunar‘s soundtrack is so good and what makes it better than the average RPG. It’s difficult to explain… there’s just something special about it, an indescribable quality that you only see in certain games. Iwadare is an expert at making the gamer “feel” the music. As I said, it’s hard to explain but most people who have played the game know what I’m talking about. There are still many people who believe that Lunar: The Silver Star‘s soundtrack is better than the “remake” that appeared later on Saturn and PlayStation. Personally, I agree with that somewhat. I think the mistake is that the PlayStation remake ended up going back to “sound chip music” instead of CD quality music and Iwadare made all new composition for that remake that, while being good on the composition side, seriously lacked in sound quality (it sounded like it was made with a cheap Sanyo keyboard).

This original game soundtrack is only composed of 15 tracks, which obviously makes people think that not all songs are included on this CD. However, that is not the case as almost each track on the CD is a medley of many songs from the game. For instance, track 7 actually contains the first Overworld theme, the Battle theme, the Dragon’s Cave theme and the song that plays when you meet the White Dragon. The actual OST starts at Track 5 and ends at Track 13. All of the songs are identical to what can be found in the actual game. The first song on the soundtrack is an extended version of the game’s Intro song while the second track (“Saga of the Silver Star”) is an arranged medley of various songs from the game. From there, you find 2 original songs based on Lunar‘s soundtrack. The CD finishes off with 2 karaoke versions (no vocals) of the 2 vocal tracks from the CD.

This is definitely a great soundtrack for any fans of the original Lunar on Sega CD. However, it is impossible to obtain unless you find it somewhere on eBay or something. The next best thing is to find a copy of the original game on Sega CD because all of the game’s songs are actually music tracks on the game CD so you can listen to the soundtrack in a regular CD player.