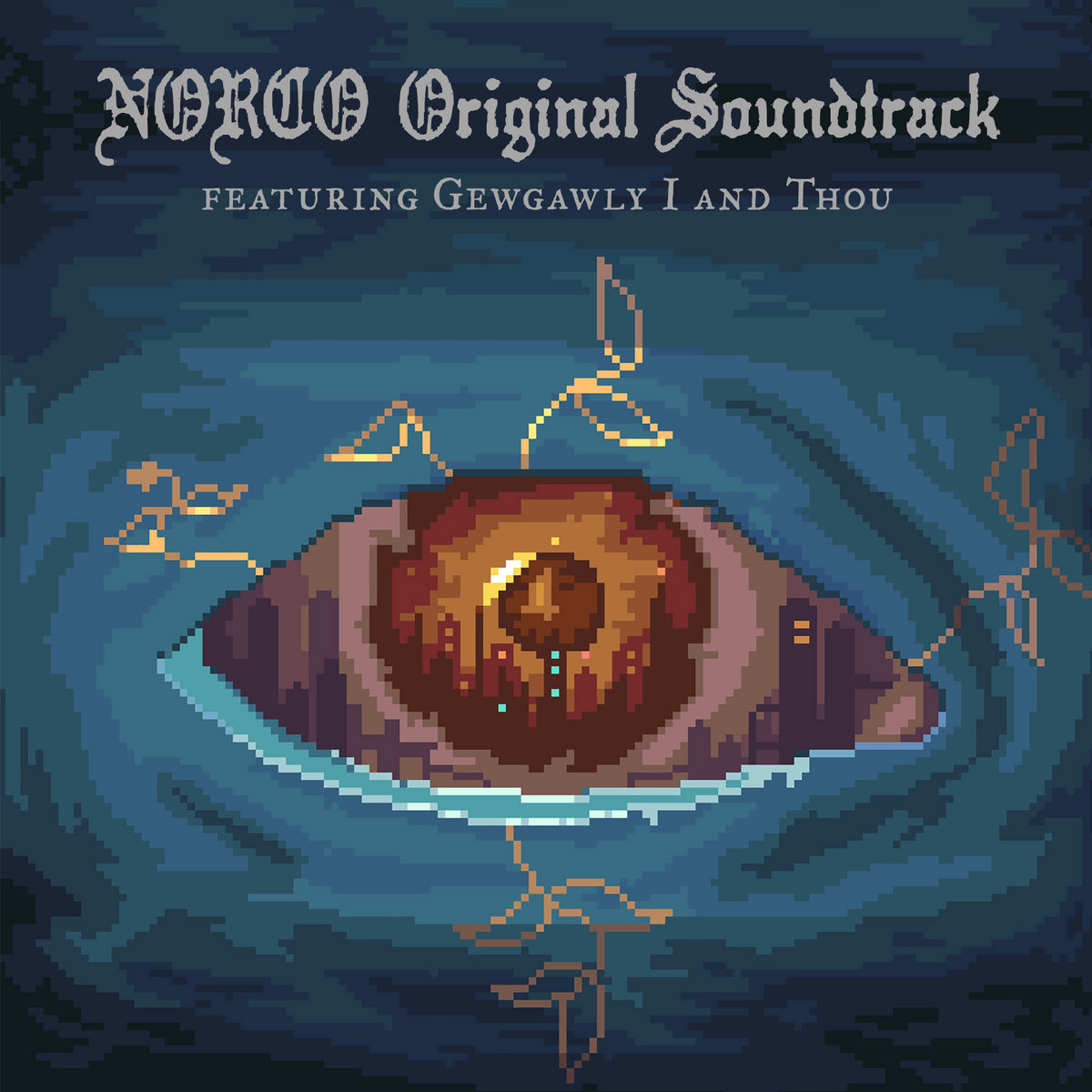 NORCO’s pixelated, Southern Gothic dystopia offers a regional aesthetic imprint that seemingly hasn’t been touched in gaming before. Those initiated to the region know there’s something in the water in pockets of the Deep South, a mystic presence that’s less objective than it is intuitive. It’s a creeping feeling, a sentiment sensed with every inhale of air so humid that it feels like a drink of water crashing down your lungs while urban decay sprawls through the cracked, dilapidated asphalt. Half-filled outlets stand on their last leg, old churches rot, and gas stations’ lights flicker into the void; if you’re far away enough from the sound of old cars sputtering through the streets, cicadas screech any semblance of silence to a halt. That array of sounds gives life to a Southern experience.

In the case of NORCO, composer Gewgawly I and sludge metal band Thou imbue the game’s futuristic Louisiana with a sonic lifeblood of its own. Like marrying the Deep South to cyberpunk dredges previously associated with global metropolises, the marriage of retro video game flair with extreme southern music might not mesh on paper, but it makes perfect sense in practice. NORCO’s OST coagulates into something as dense as a backwater swamp, making its regional dreamscape feel strangely close to reality.

Alongside choice assists from Andy G and fmAura, Gewgawly I handles most of NORCO’s in-game soundtrack to abundant positive results. Its opening cut, “Delirious Eyes,” has lush chords with a breathtaking progression as new pads are slowly woven into its structure, cascading into rich sonic wonderment. The horns that overtake the track’s closing moments are curiously enticing, but as they transition into “Parish (Overworld Theme),” a distinctly different flavor emerges, one more dissonant than it was ethereal only moments ago.

Gewgawly I’s versatility continues to materialize as “Grainer to Chicago” offers a gritty excursion that feels like dark, dreary synthwave stripped down to the bare bones. The flutes on the following “Backyard” offer otherworldly sentiments that, like its preceding tracks, leave the South and suspend NORCO in a sort of sonic stasis. It also begs the question: when technology and its accompanying industries take over the region, will its musical dialect remain? Or will cyberpunk aesthetics inevitably assimilate into its very essence?

While there’s no concrete answer to that question, Gewgawly I’s vision for NORCO does an especially keen job of digging into the nooks and crannies of technological tension and collapse. “Troy Story” is a gothic rave thumper dripping with pressurized frenzy, while “Disorientation is Normal” feels like a hazy head-fog that lives up to its namesake. As the tracklist leaps forward across its sprawling two-hour runtime, it’s also essential to mention that it feels less and less like there’s a juxtaposition between the in-game soundtrack with its sludge metal capstone (more on that later). There’s a wealth of tracks like “Behind the Fenceline” that are wonderfully delicate, sure, but there is something extreme in Gewgawly I’s compositions. The composer pushes video game music to its limits as “Epiphany” is flush with disorienting dread, “Ditch Man’s Curse” is intensely eerie, and “Hypno” lurches forward like a black cloud drifting across a city as a storm brews.

That storm comes to a head when Thou enters the picture. Formed in Baton Rouge, Louisiana, the outfit is no stranger to channeling the South’s underbelly into rip-roaring intensity. The opening moments of their contribution in “The Long Road” are deceptively minimalist and introspective, like driving down a rural highway where thoughts race as quickly as an old truck roars across the pavement, but the track eventually cascades into metallic chaos. Blackened vocals twist and contort into a fierce fever dream while guitars reverberate with unbridled intensity.

Thou’s contributions are chaotic on the surface when they reach that point of frenetic energy, but there’s a method to the madness as the band hits deeply rewarding pockets. The deliciously head-banging groove on “Corrupted Sanctum” is impossible to resist, while “Virtual Death” transmutes sublime clean vocals into roaring catharsis and “Homunculus” beckons for synchronized hardcore dancing in its wake. As a longstanding heavyweight of metal music, Thou is keenly tapped into the intricacies of writing music that’s extreme yet impactful with every twist and turn.

While diametrically opposed at first glance, Gewgaly I’s compositions and Thou’s nightmarish symphonies both keenly examine what would make a cyberpunk South tick. Across its runtime, the NORCO OST paints a beautiful yet hauntingly dystopian interpretation of the world around us and what it might become.