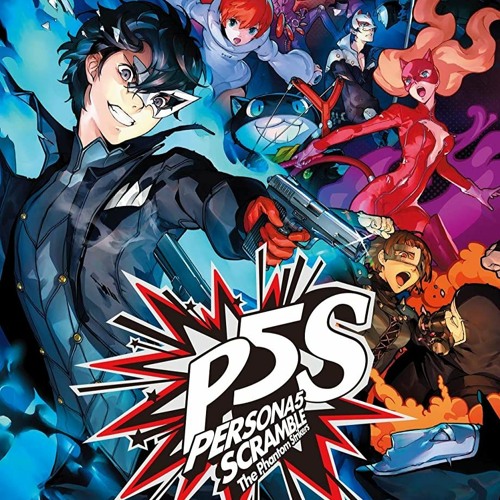 Persona 5 Strikers reimagines the Persona 5 universe through an action lens while staying true to the original’s atmosphere and aesthetic, so it’s only fitting that its soundtrack oscillates between imaginative new approaches and classic, acclaimed cuts.

The game’s opening theme, “You Are Stronger,” is an electrifying slice of rock with inspired vocals from Lyn Inaizumi that sets the energetic stage and steadily becomes a Strikers staple. Its subsequent title theme in “Strikers” is a funky full-band extravaganza that blossoms into a climactic peak before releasing into a sticky groove, like a jam session between friends that’s teased into something structured and concrete. Aligned with the sonic worldbuilding of Persona 5, it’s a pulpy whirlwind of an introduction with a freewheeling ethos.

The gameplay itself begins with a cutscene tune called “Diversionary Tactic” which has the sneakily intense theatrics expected from an entrance by the ever-smooth protagonist Joker. As he descends into battle, the rowdy “Daredevil” signals a tonal shift toward another anthemic performance from Inaizumi that’s expertly backed by an arena-ready guitar solo. While these initial metaverse conflicts are essential to Persona 5 and its Strikers iteration, the ensuing comforts of Tokyo proper give the game its charming sense of character. The sound of the knife slicing through the calendar and releasing into “Behind the Mask” is as calming as ever, enhanced by the shapeshifting Morgana’s welcomed subway musings, while the music backing Joker’s return to LeBlanc offers up sounds as comforting as the cafe’s coffee and curry.

As the soundtrack progresses over its sprawling two-hour runtime, it continues to strike a balance between heart-pumping dramatics and delicate sensibilities that echo the twists and turns expected from the Persona universe. Singles like “Demiurge I: Exodus” and “Blooming Villain” offer major swells of outright metal riffs while cuts like “The AI and the Heart” move inward toward compositions that are deeply personal. Those subtle turns heighten the palpability of the Phantom Thieves’ personalities which makes Strikers — and in this case, the charming new companion, Sophia — feel animated and downright alive.

The music also has a recurrence of fantastical touches that define the metaverse’s jails (the Strikers equivalent to Persona 5’s palaces) and offers an unmistakable approach. Each jail’s theme conjures its own dreamlike flavor as “Loving Wonderland” delivers playful medieval flair, “Duplicitous Devil’s Castle” takes a Gothic route that heightens its area’s tension, and “Voracious Waltz” has a Disney-esque sense of magicality at its core. With a distinct means to symbolize each jail, even approaching club stylings on the electronic-infused “Anti HERO,” the sense of wonder is consistent throughout the game’s evolving explorations.

During the Phantom Thieves’ strides across the metaverse, Strikers makes sure to ground itself in some of Persona 5’s undisputed highlights and pay homage to its source material as well. Signature battlecry “Last Surprise” returns, reimagined as a grittier rock excursion with incisive riffage, while “Rivers In The Desert” is reborn as a thrashing prizewinner. While they’re all unique perspectives that better suit the elevated pace of Strikers, it makes for a welcomed extension of the time spent strategizing in Persona 5’s turn-based struggles.

Heading back toward ordinary Japan, the Strikers soundtrack finds solace in gentler moments that ensure it feels less like an action-first game and more like a living, breathing environment. “Vacation” is overflowing with warmth as the team heads out on their journey, “Beach Time!” is a tropical-infused joy, and “Tranquil Inn” drifts through traditional JRPG territory with whimsical touches. At certain junctures, the everyday music takes a more serious route — such as the brief yet moving string arrangements of “Fireworks” — before arriving at a bittersweet, piano-driven conclusion in “Towards A Dream.”

Across two discs, packed with highlights that are equal parts subtle and stunning, the Strikers soundtrack is a sincere achievement that makes for another brilliant entry in Persona 5’s groundbreaking world.