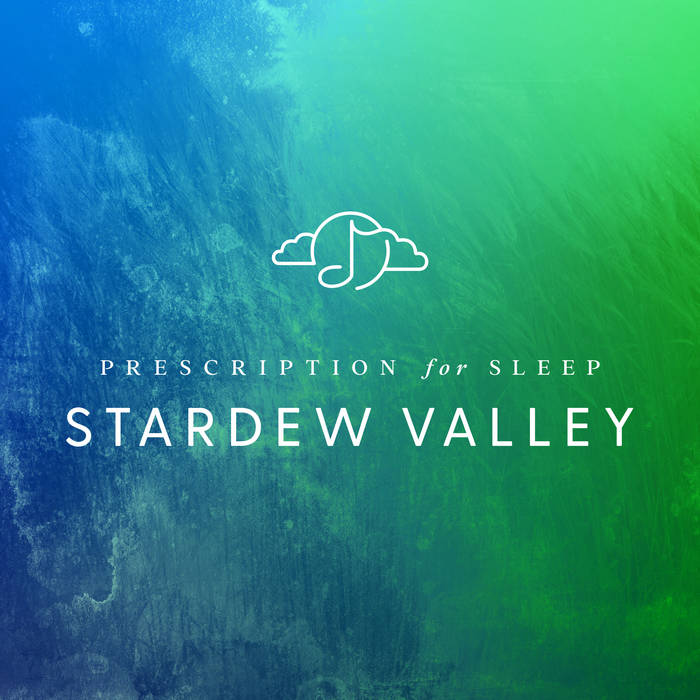 For me, games don’t get much more relaxing than Stardew Valley. The serene atmosphere, friendly villagers, and slow-paced farm life have made the game one of my main go-tos for years when I want something laid back to play. It’s exactly why I nominated it for our Great Games to Play While You’re Still at Home feature last year.

Scarlet Moon Records has been creating albums in its Prescription for Sleep (P4S) series since 2014’s Prescription for Sleep: Game Music Lullabies. These albums feature new, relaxing arrangements of familiar (and often RPG-related) tunes with the aim of delivering something soothing. The musicians behind the series are names you’re likely familiar with: Saxophonist Norihiko Hibino of the Metal Gear Solid and Bayonetta series and pianist AYAKI (known for Etrian Odyssey and Persona Q) are known as GENTLE LOVE when they get together.

The P4S series has continued ever since, now containing 11 albums covering the likes of Undertale, Secret of Mana, Celeste, Shovel Knight, and more. Marrying the concept behind their musical series to Stardew Valley’s innate relaxing nature seems like a given when you think about it—which is probably why solo developer Eric “ConcernedApe” Barone approached Scarlet Moon with the idea. We’ll get deeper into the collaboration that formed this album in our exclusive interview, so for now, let’s talk music.

Prescription for Sleep: Stardew Valley features twelve songs, hand-picked by ConcernedApe, clocking in at just under an hour and a half in all. I mention this since the (relatively) small number of tracks in relation to runtime is notable, as it gives every song room to breathe; the shortest tracks on the album are still over six minutes long. The album opens—as I hoped and expected—with the “Stardew Valley Overture.” As in the game itself, the Overture sets the stage for what’s to come. This rendition is slowed down considerably compared to the original version, and the smooth saxophone is a perfect sound to convey the welcoming and hopeful nature of this introductory track.

Seasonal songs make up half the album, which makes sense given that they are what you hear in Stardew Valley more than anything else. Interestingly, spring and summer are represented by one song each, while fall and winter each get two. Since this Prescription for Sleep release is unique compared to earlier albums in which traditionally fast-paced songs are arranged in a slower fashion, I think I see why ConcernedApe chose the slower-paced seasons to feature this way.

GENTLE LOVE’s arrangements for the spring and summer themes are simultaneously simple and complex, particularly for summer. The instrumentation is all-new, but the melodies are unmistakably familiar. On summer’s track, “The Sun Can Bend an Orange Sky,” the sax and piano are interwoven beautifully, creating a listening experience that manages to be both inspiring and relaxing, and overall is as evocative as the song’s name.

The album takes on an even more relaxing and peaceful vibe once you get to the fall and winter songs. In ConcernedApe’s recording notes, he describes Stardew Valley’s fall music as “slower and more spare than spring or summer,” which GENTLE LOVE gets completely right. It’s not precisely that these songs are slower or quieter than the others, but it’s that slight sparseness that makes them stand out. There seems to be just a bit more piano than sax, and the sax itself is played with a lighter touch. There is an air of mystery to the fall music as a result, the gentle touch of the musicians bringing to mind the slightest autumn breeze rustling the leaves that remain on the trees.

I adore the fall tracks, but nothing on Prescription for Sleep: Stardew Valley exemplifies “spare” like the two winter songs. I don’t know exactly why we often equate colder weather with lighter music and higher notes. Maybe it’s Christmas carols or visions of twinkling stars in a clear dark sky over a snowfield. And you know those twinkling stars don’t literally make a high-pitched “twinkle sound,” but we see and hear it in various media, so it’s a thing that exists in our heads. Why am I talking about twinkle sounds? Because this sound feels like the root of “Nocturne of Ice,” with the lighter piano notes on display. Meanwhile, “The Wind Can Be Still” varies somewhat; this track has sparse moments, but there’s a warmth to it that makes me feel cozy inside and out. The instruments complement each other gorgeously here, and while I don’t want to overdo it with my descriptions and talk about sitting in a cozy chair by a frosted window with a mug of hot cocoa, I do want you to picture what I picture when listening.

The Prescription for Sleep albums always feature an original song, something composed and performed specifically to complement the rest of each album. GENTLE LOVE composed something lovely in “Beauty in Seasons,” and I adore the inspiration behind it. The idea was to create a song where each month of the year is represented two bars at a time over the course of the song. In a way, this makes “Beauty in Seasons” a slightly alternate take on the rest of the album that summarizes the Stardew Valley musical year. While the seasonal songs we’ve heard before aren’t actually part of this original piece, their spirit is intact, and I still feel the brighter and hopeful spring and summer feelings fade into the more peaceful and spare fall and winter beauty. This track was designed to be a journey, and that sensation comes through for me. The result is a song that evokes similar feelings of the changing seasons, but in its unique way that perfectly fits with the game arrangements.

Before I wrap up, I should say that yes, I put this album on several times as sleep music over the last week, and while nobody can claim it will help you sleep better, it made for some very comfortable bedtimes.

I have not listened to every Prescription for Sleep album, though I am particularly fond of Lullabies of Mana and Undertale. But Stardew Valley holds a very special place in my heart, and it’s a place such that 331 hours and four farms across two platforms only show the basics of what the game has meant to me over the years. It’s been a place of respite when I needed it. It’s a place I go to help friends on their farms. And it’s a place my partner and I return to time and again to build and strengthen our virtual lives between moments of doing the same for our actual lives. Stardew Valley and Final Fantasy XIV are my video game equivalents to “home” for so many reasons, and in both cases, the music contributes immensely to each game’s welcoming and comforting nature. I have heard every song on this album countless times while playing the game, but GENTLE LOVE’s arrangements are so peaceful, so thoughtful, and created with such care that listening to Prescription for Sleep: Stardew Valley feels like coming home all over again.