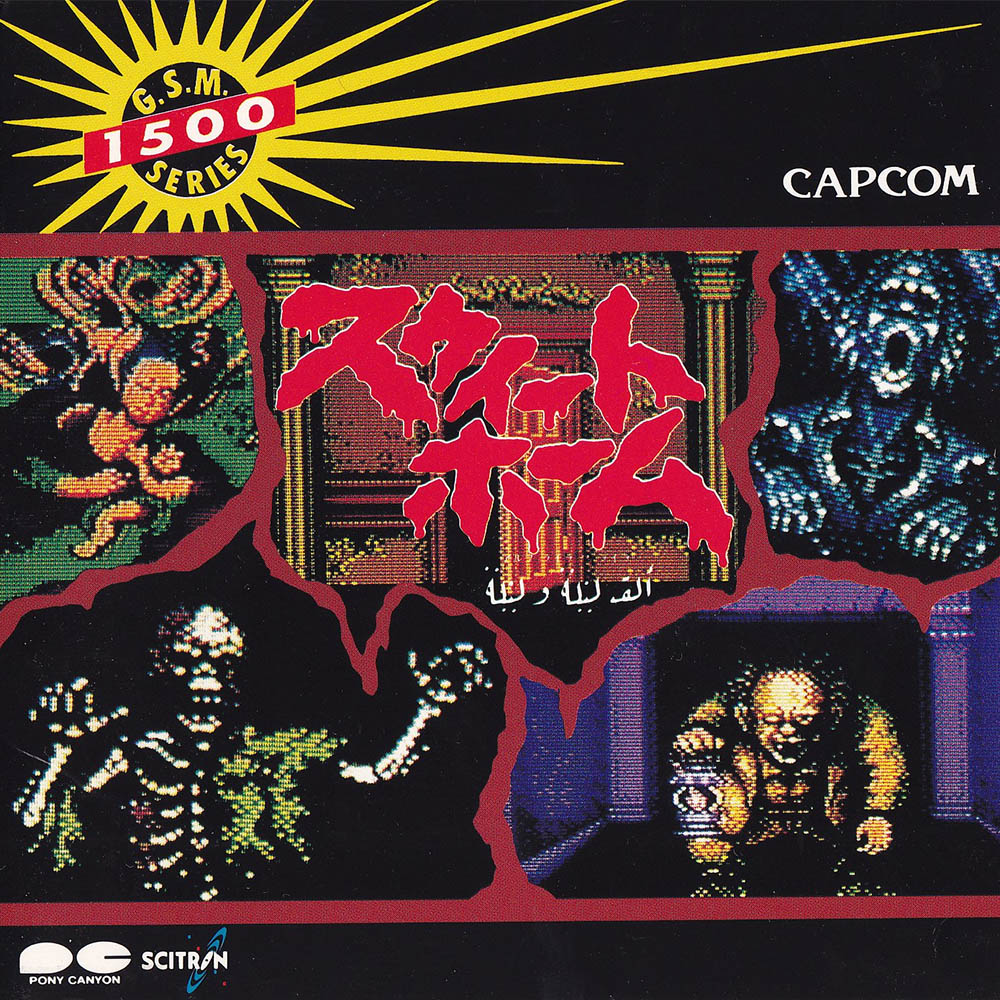 Sweet Home is one of the most influential horror games of all time. Released in 1989 in Japan, it was based on a film of the same name. The elements in this game turn out to be a huge reason Resident Evil exists. In fact, Resident Evil was originally going to be a Sweet Home remake!

Looking back on old horror media is always fascinating when you consider both the technology and the culture of the period. Visuals change, people change, and of course, cultures constantly change to reflect what may or may not be scary for the time. A horror film from the ’50s wouldn’t necessarily be as scary nowadays because of technological and cultural advancements.

That is, unless it’s audio. If you think about it, our perception of sound is one thing that will never change. Some sounds are universal. A loud “thunk” will always be startling when it happens at the right time or place, or when one’s tension is high enough. Try watching a scary movie but muted; there’s a huge difference in the scare factor!

Sweet Home itself features audio that was severely limited by its hardware. It did what it could, and a lot of the strides that it made appear in horror games even today. The music in the game is rather repetitive however, especially when wandering around the mansion. Aside from the catchy battle theme, it just sounds grating even though I could see what they were going for.

It was surprising then to find and listen to this particular album, confusingly also titled Sweet Home. Containing only eight tracks and spanning only 28 minutes, it’s very short, but sweet. I was impressed at how they took the music from this NES game and enhanced it. It has that late ’80s feel while being distinct in its sound. Despite being released as an individual album, it almost feels like a soundtrack you’d hear on a Sega CD or Sega Saturn title. In a way, it feels like this arranged album is what the original composer, Junko Tamiya (a.k.a. GON), wanted the music to be in the first place.

Starting with “Shadow (Opening),” the album quite literally sets the tone right away. After a haunting screech, it gets right into the music. Primarily, it consists of synth instruments and digitized strings, almost similar to the SNES’s sound chip. And yet it has more to it than an SNES song or soundtrack might, just because it doesn’t have that console’s limitations.

Despite the horror theme, a lot of the arrangements seem almost more sad than scary. “looking back on scenes ~Reminiscence~ (Lake ~ Generator Room ~ Basement)” (yes, that’s what the full title of the song is on the album) has a feeling less of horror and more of sorrow. Though horror and sorrow tend to go hand in hand, the pairing was unexpected, especially as none of the music in the NES version of the game seems to contain any hint of sadness.

I also have to give special mention to the songs “Sadness (Battle Theme)” and “THE TIME TO COME (Ending)” as these are, in my opinion, the standout tracks on this album. The battle theme in the NES game had that chiptune quality to it, and despite it being semi-repetitive, I still find myself humming it to this day because it’s so catchy. The rendition in this soundtrack gives the song a more epic feel, almost like the music you’d hear when fighting a special or final boss in any other RPG. It’s a cool sound, and because this album wasn’t designed as a soundtrack, it absolutely works for what it is.

Finally, “THE TIME TO COME (Ending)” wraps up the album with aplomb. It manages to nail that emotion of triumph at surviving an ordeal that was nothing short of dangerous or terrifying: a bittersweet sound if you will. I found myself listening to this particular track on repeat the most because it sounds so good and encapsulates the unique vibe you find in the ending credits of Japanese games. The fact that this is an arranged album from 1989 just adds to how amazing the song is.

Overall, this Sweet Home album stands on its own merits and feels like it captures Tamiya’s intentions for the original soundtrack. Since it wasn’t designed as a soundtrack, however, the songs are all composed in such a way that they don’t have to leverage repetition to account for looping, so each piece stands tall. While it is mildly spooky in its sound, it’s a surprisingly melancholy album, and it’s absolutely worth a listen, especially if you’ve had the pleasure of playing Sweet Home before.