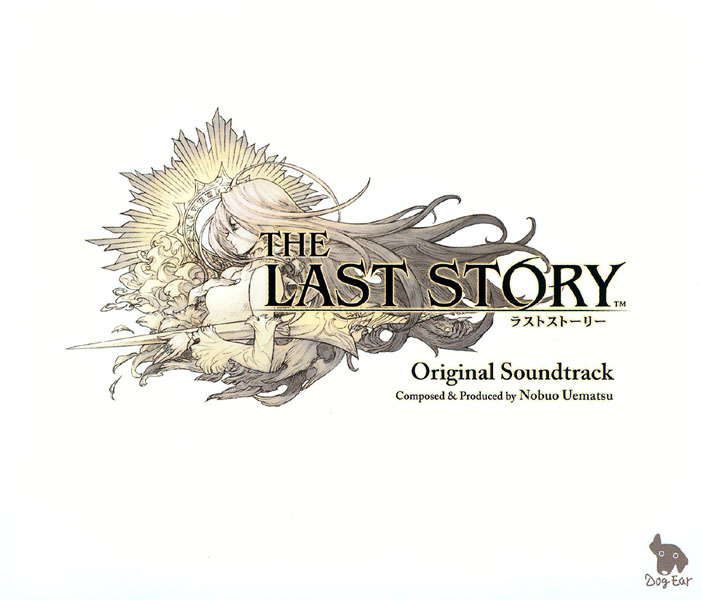 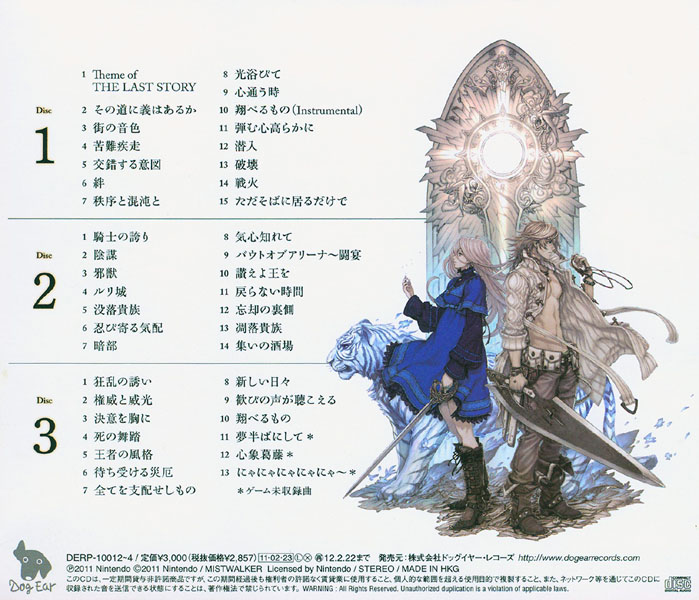 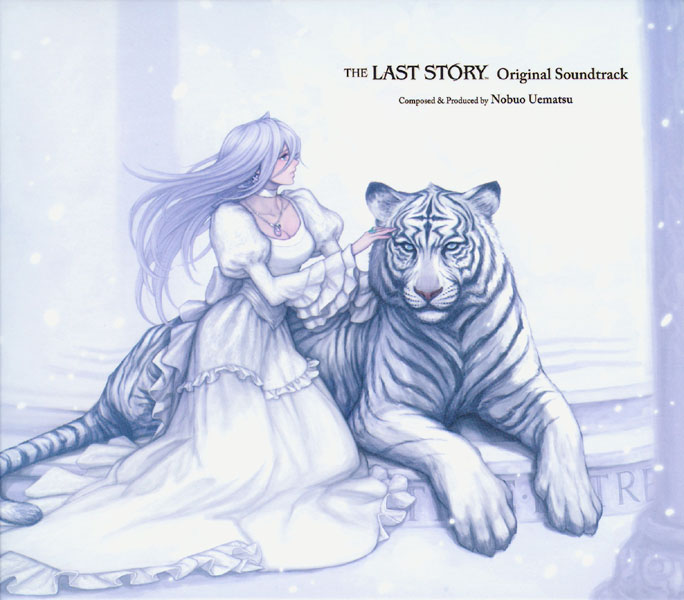 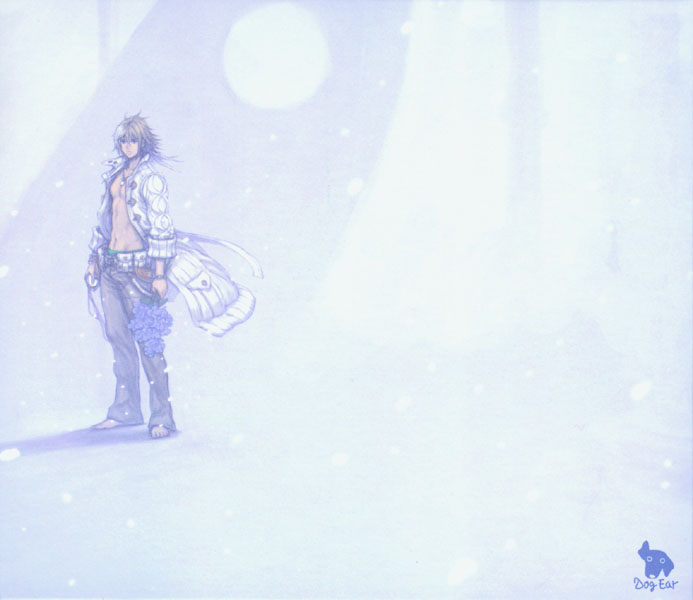 Nobuo Uematsu’s third major project with Mistwalker is a Wii-exclusive RPG that, as of this soundtrack review’s post date, shows no signs of being localized. And, based on the music alone, I’d say that’s a damn shame.

We’ve heard a lot of Final Fantasy soundtracks get synth upgrades over the years (examples: FF3 and FF4 DS), but imagine if Uematsu got to do recorded versions of dozens of his best tracks from FF6, FF8, and others? That’s sort of what you’re getting with Last Story. I’m not saying this is a recycled soundtrack. But die-hard Uematsu fans will recognize, for example, the waltz style of “Hearts Bounce Loudly” and compare it almost immediately to Waltz pieces from previous FF titles.

With a gameplay style similar to Final Fantasy XII, I suppose it’s fitting that some of Uematsu’s darker tracks on this soundtrack remind me of Sakimoto’s themes as well. Who knew Uematsu had it in him? Tracks like “Destruction,” “War” and “Evil Beast” really bring out this cacophonous symphony style. In contrast, the ballad-style instrumental “Just Being Near You” rounds out the end of the first disc in a style that really brings emotion to this soundtrack.

With as much darkness and mood this soundtrack sports, there is some lightheartedness. “Being Congenial” sounds like a classy jazz standard, and is very much in keeping with some of Uematsu’s other “light” pieces over the years. A big shocker for me, however, was the next track: “Bout of Arena ~ Battle Banquet.” This one is also “light” to an extent. But it’s adventurous. It puts the Pirates of the Caribbean theme to shame. A Latin-flavored piece of music with a high-octave violin part at the top, I’m tempted to equate this piece’s emotive power with Sakuraba’s classic “We Form In Crystals,” though obviously with a different created mood.

Speaking generally about the nature of the tracks, some quick math allows the reader to determine the average length of the tracks. Hint: they are long. Most are 4 or 5 minutes. We’re getting a lot of substance out of these 40-ish pieces of music. Yet again, I find myself ready to compare to Uematsu’s FF discography. Specifically, his three disc soundtrack for FF6 was packed with substance across 3 discs. Granted, I would argue FF6 is still the superior soundtrack to Last Story, but there are certainly memorable moments in this OST. “Invitation to Madness” and “Death Dance” may not outrank “Dancing Mad,” but they’re all “mad” good. Get it? No? Okay, that’s fine. Just get the soundtrack then.

Quick note about Kanon’s vocal theme “Toberu mono” (“The Flying One”): it’s operatic, beautiful and well-structured. In my mind, it is on par with FFXI’s “Distant Worlds.” You’d be hard-pressed not to love it. Unless, of course, you have no soul. Great, now I’ve gone and insulted all of RPGFan’s soul-less readers. Sorry about that.

If you can look past (or custom-playlist-out) some of the filler tracks, Last Story stands out as being on par with Lost Odyssey, but beyond that, also a return to form for those who adore his past Final Fantasy work. The recorded work is exactly what Uematsu has wanted to do more of, and I’m happy to hear him fulfilling his dreams while we, his fans, benefit.