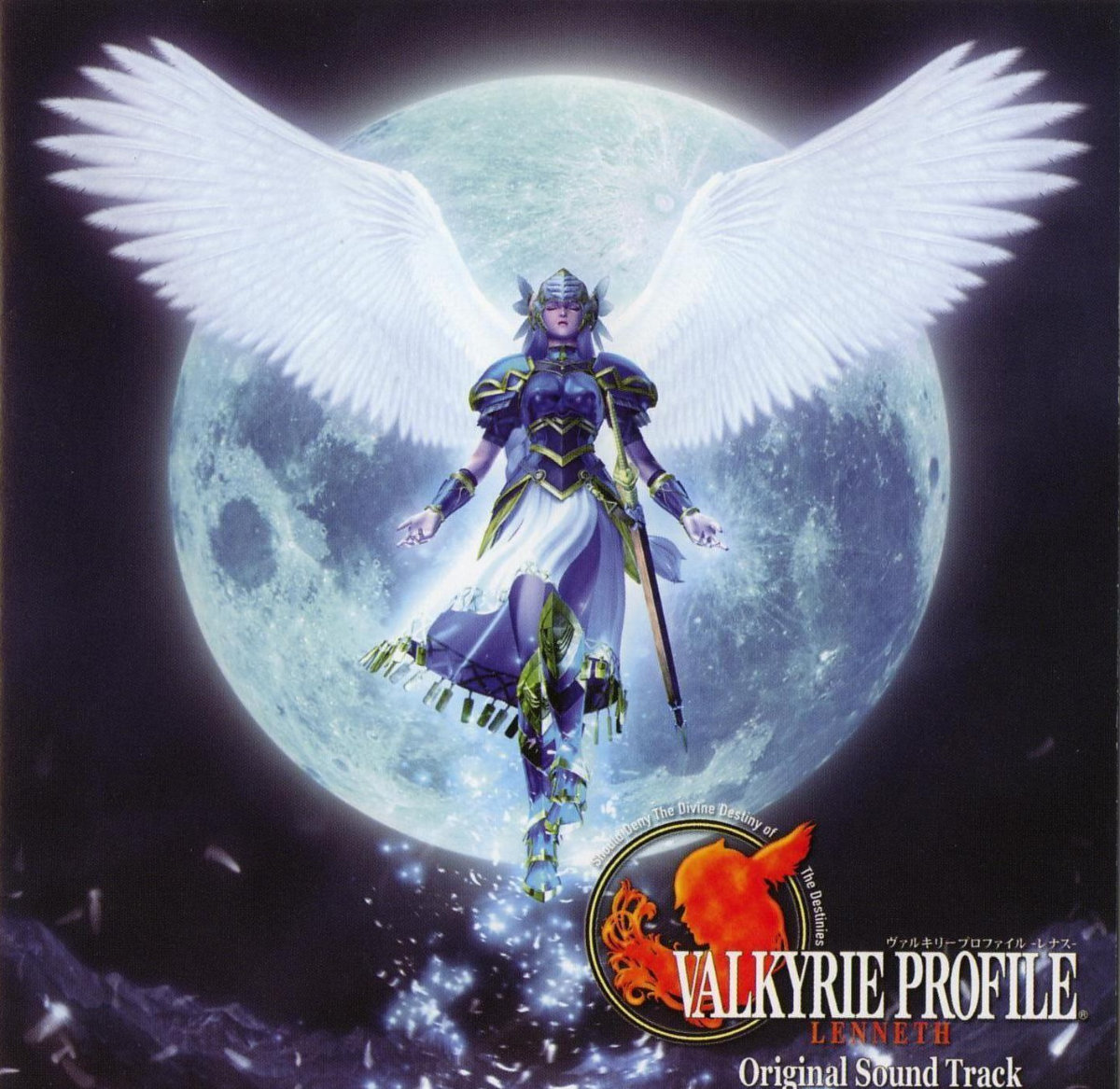 When Square Enix decided to port the original Valkyrie Profile to the PSP, add some cutscenes, and call it Valkyrie Profile: Lenneth, Team Entertainment did their part by reprinting all the music from the title, adding new cover art (from the new CG cutscenes), and adding “Lenneth” to the name.

It has been said that all of the sound from the original version has been remastered for the PSP release. I myself have been able to detect a slight difference between the old OST and this one, but nothing significant stands out to me.

It is unfortunate, but it must be said that nothing new has been added. There are no bonus tracks, no special music for the new cutscenes, nothing of the sort. It’s the same OST through and through, now with upgraded sound…apparently.

The good news is that, like the game before it, this soundtrack’s original print (from First Smile Entertainment) had become quite a rarity. The other good news is that, even if you find yourself sick of Sakuraba’s repetitive compositions, Valkyrie Profile features some of the man’s most awesome work. I personally prefer Star Ocean: The Second Story to anything else he’s done, but Valkyrie Profile comes in at a very close second for me. So, go ahead and buy it, before it becomes hard to find again.