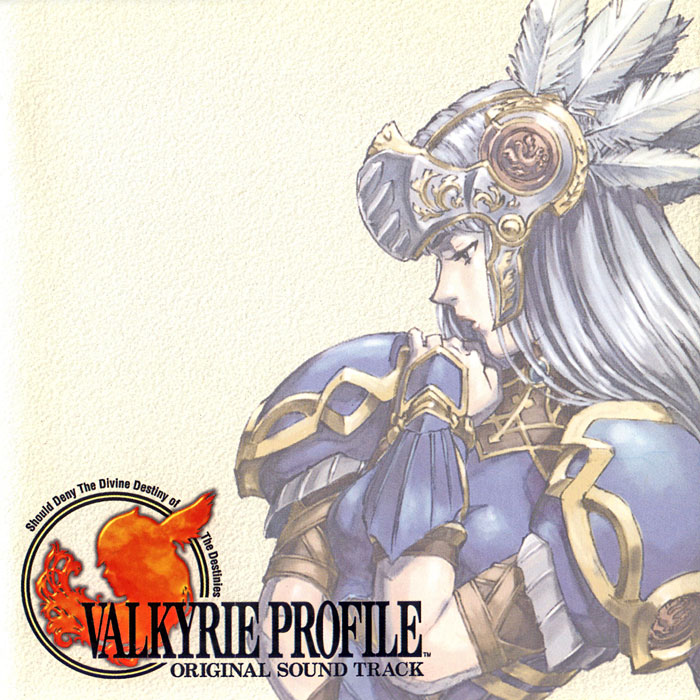 Equaling the game itself in its excellence, Valkyrie Profile OST is easily Motoi Sakuraba’s finest work and one of the most powerful game soundtracks ever composed. It contains two CDs filled with incredible compositions, ranging from beautiful orchestral melodies to accompany the many poignant moments in the game’s storyline, to the upbeat synthetic rock and techno battle and dungeon themes. A wide variety of music genres are represented in the OST, which should appeal to all fans of great game music. This is a soundtrack of the highest possible caliber, right up there with the works of Falcom’s JDK Band.

The Valkyrie Profile OST contains a total of 75 tracks, the majority of which are looped, seven of which are remixed versions of classic songs from his prior work in Star Ocean: The Second Story, and not one of which falls short of pure musical perfection and genius. The soundtrack is available to purchase for a reasonable price at GMO, so if you’re a fan of the incredible Enix game, and even if you’re not, buy it now.