YU-NO: A girl who chants love at the bound of this world. Soundtrack 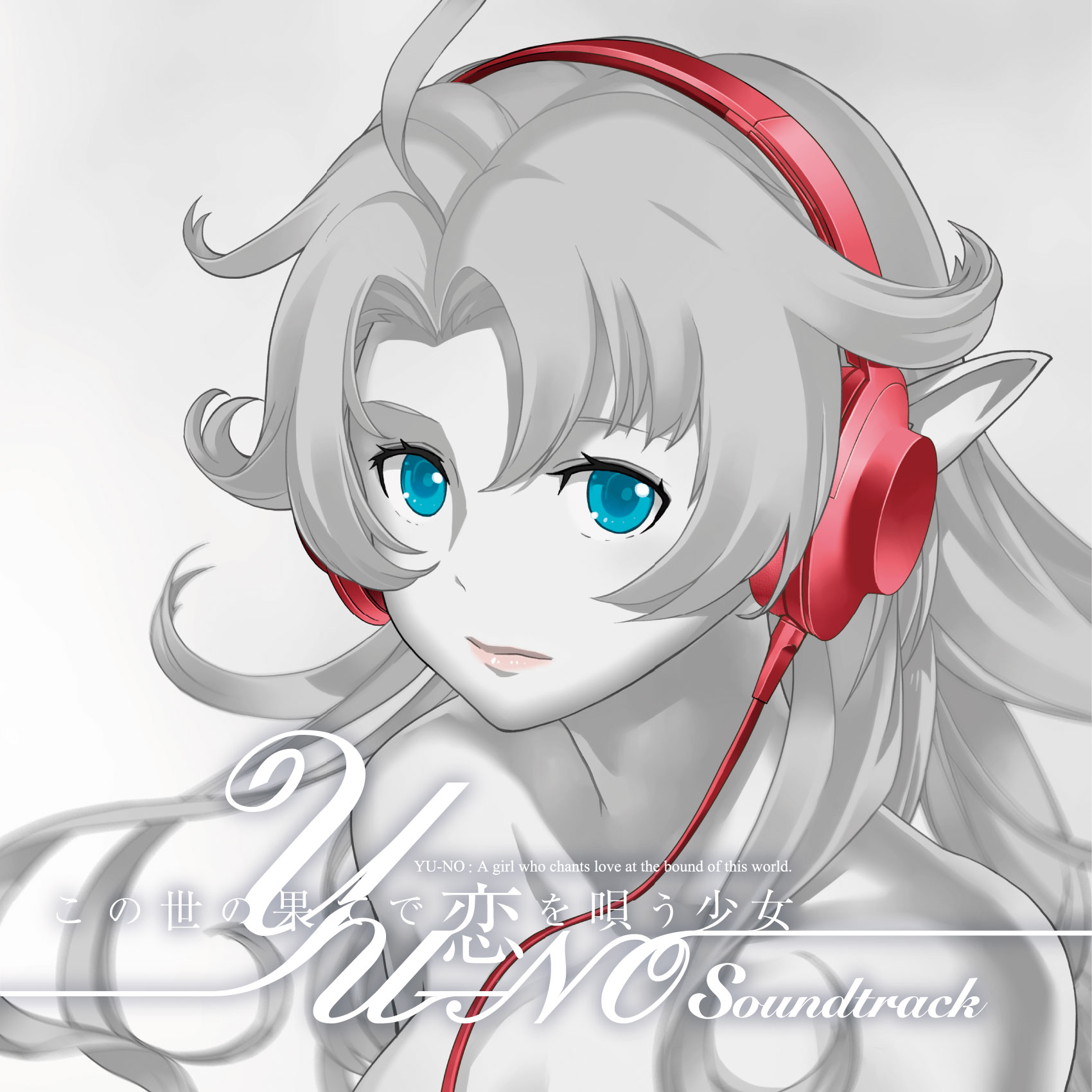 YU-NO: A girl who chants love at the bound of this world [Remake Version] (High Resolution Sound Source)

YU-NO: A girl who chants love at the bound of this world [SUPER SOUND TRACK] / [Original Sound & Voice Collection]

Despite its subtitle, YU-NO and its composer, Ryu Umemoto, had been unsung heroes for quite some time, although Umemoto’s praises are sung posthumously. Umemoto’s first two soundtracks were published in 1997, when the YU-NO soundtrack released in two separate forms (the PC-98 SUPER SOUND TRACK and Sega Saturn Original Sound & Voice Collection). Across the next 15 years, Umemoto’s career as a young composer and arranger for game music would include EVE burst error, Akai Katana, Instant Brain, and arranged work on a series of other CAVE shmup albums. His earliest music was also released in the four-volume Rare Tracks series.

In 2011, Umemoto passed away at the age of 37 due to complications from a lung disease. Since then, celebration of Umemoto’s works have expanded significantly, and when 5pb and Mages decided to do a full-scale HD remake of YU-NO for modern platforms, they saw fit to release a five-DVD music collection, totaling 15 hours’ worth of audio! When localized by NIS America, the same five-DVD set was available to those who ordered the game, whether for PS4 or Switch, exclusively through the NISA shop. The first four DVDs, utilizing the oldest and newest versions of the game’s soundtrack, are new publications. The fifth and final DVD, however, is a combo-reprint of those two 1997 albums I mentioned earlier.

You do not exactly put these DVDs into a player and the music just plays. Instead, the audio on here exists in two forms: a lossless FLAC form, and a lossy variable (v0) mp3 encode. On the first two discs, there are the original sound tracks for the NEC PC-98 form of the game. This is different from the SUPER SOUND TRACK, which features upgraded arranged tracks that were available for players, even back in 1997, to augment their experience playing the game. In the first two discs, we get the original, very synthy tracks.

My overall takes on these tracks are as follows: (1) when percussion is present, the music is awesome (ex., 1-27 “Run, Run!”); (2) when percussion is not present, a good bass line might save the day (ex., 1-11 “Search”); (3) else, skip and move forward (ex., 2-17 “Imperial Capital”). There was a reason the SUPER SOUND TRACK was developed in the first place, and it’s due to the limited instrumentation that Umemoto had at his disposal for the original version. Do you remember those basic Yamaha and Casio keyboards from the 1990s that only had 10 classifications of sounds on them? Piano, Organ, Winds, Brass, Voice, Synth Lead, etc.? It’s like that, but with even fewer options. You can obviously tell what Umemoto wanted certain songs to sound like, but the end result just wasn’t there. Even so, Umemoto demonstrates some strong conceptual work and some exceptional diversity in how he uses the limited sound palette, much like the great composers who were limited to the hardware-generated sounds of the Famicom (NES).

Discs 3 and 4, however, may be the best treat of all. Some fans may argue to the contrary: after all, SUPER SOUND TRACK (Disc 5) is quite good. But for my money, discs 3 and 4 are what you want. This is the soundtrack for the current remake that NIS America published. It features some original tracks from Keishi Yonao, with new arrangements from Yonao and Ryu Takami to further bring Umemoto’s classic soundtrack to a new audience. A back-to-back listen of 1-27 and then 3-27 (the “Run, Run!” track) helps compare the old and new very well. The new arrangement keeps a hard emphasis on drum and bass, but it also strengthens all the instrumentation around them, bringing a powerful synth lead and orchestral ensemble to the mix. The drum work is also spruced up to add even more power to this excellent track.

The beloved character theme “Elly” also stands out in its remade form, with everything to make it an instant VGM classic. The star here is the bass, but the fast-running arpeggiated high-octave synths keep the music running strong as well. There are also some great guitar solo sections in this version that ought not be overlooked.

On the fourth disc, you will find some of the new, original compositions from Keishi Yonao that were added to work with the expanded story and cutscenes in the remake. These include 4-04 “Shore of Loneliness,” 4-09 “Time for whose sake,” as well as tracks 14-16 and 18-20. Among these, my favorite is 4-16, “Flow of the unknown people,” mostly because Yonao works with a bright, acoustic piano sound. For whatever reason, Umemoto’s own compositions and self-arrangements have always been light on that pure piano sound. To that end, Yonao’s additions to the soundtrack make for a more well-rounded experience.

Now then, to DVD 5. As stated earlier, this is actually a reprint disc, containing two other soundtracks. First up is the coveted SUPER SOUND TRACK. This was developed as a supplemental soundtrack for the PC-98 version. And may I say, it is simply amazing. This is the closest thing to the “ideal form” of the music as Ryu Umemoto had intended it. Originally published as a two-CD set, the music here comes to just about two hours of incredible audio. The funky, bass-heavy grooves of so many tracks that felt weak or hollow in their hardware-based form (DVDs 1 and 2) are now full and alive. Though I still prefer the audio from the 2017 remake, I can absolutely see why hardcore fans would prefer SUPER SOUND TRACK to others.

Sadly, the same cannot be said for the Sega Saturn port audio Original Sound & Voice Collection. While still enjoyable, after having listened to three different versions of the same soundtrack in a row, I couldn’t exactly get excited about this version. I appreciate its appearance in this set solely for the sake of completion. If you’re going to go all out, you gotta really go all out! One nice bonus to the Saturn soundtrack, of course, is that “Voice Collection” segment. The last hour gives audio clips from each character’s voice actor. This is yet another lovely surprise for fans of the game who are seeking as many audio assets as possible.

Again, this five-DVD set is simply massive, and it is a must-have for fans of Umemoto, fans of YU-NO, fans of visual novels, and fans of VGM in general! At this point, the only thing I would enjoy even more than this collection is a “Premium Arrange” or “Tribute” style album, with high-profile composers each submitting one arrangement of their favorite YU-NO original composition. This kind of music has already been presented among doujin circles; an official release from 5pb or other studios would most certainly be welcome. In the meantime, this set of music offers 15 hours’ worth of music to digest, so perhaps it’ll stave off fans’ cravings for more… at least for a while.