Strategic combat is the crux of this lengthy adventure that satisfies in spite of its poor pacing and universally unlikeable cast of non-player characters. 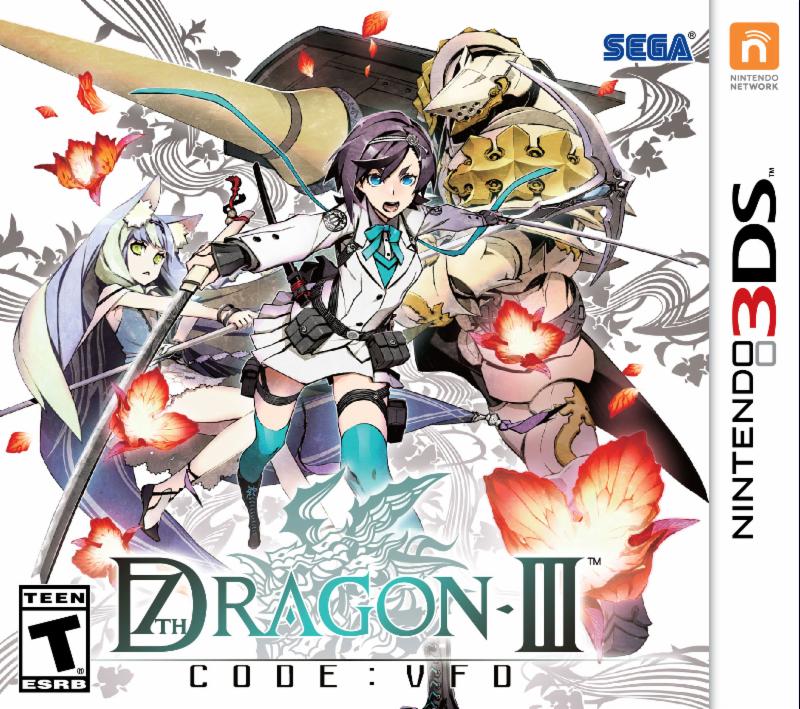 Dragons, the most ubiquitous of fantastical creatures, have been depicted in nearly every way imaginable throughout gaming’s brief history. Whether high-flying friends or treacherous foes, hulking giants or lithe serpents, there’s something captivating about these intimidating creatures that so often take the spotlight in our favorite games. The 7th Dragon series from now-defunct developer imageepoch takes the more antagonistic approach in its realization of dragons, who seemingly exist solely to eradicate humanity and reclaim their place at the top of the food chain. In the latest and final series entry, 7th Dragon III Code: VFD, the player takes control of Unit 13, an elite band of time-hopping dragonslayers who protect the past and future alike from the encroaching threat of the seven True Dragons, menacing foes who possess intelligence and strength far beyond that of their run-of-the-mill counterparts. This turn-based dungeon crawler brings a new perspective (literally) to the genre by shifting the action to third-person, and it introduces eight highly unique character classes unlike anything else out there. Strategic combat is the crux of this lengthy adventure that satisfies in spite of its poor pacing and near-universally unlikeable cast of non-player characters.

Code: VFD doesn’t exactly put its best foot forward in terms of story. The premise, that the player character is somehow a “chosen one” who must take up the mantle of dragonslayer for the sake of humanity, is tired at best. The early sections of the game drag, with predictable story segments connected by long, tedious hallways that generally consist of ruined buildings or underground caverns. Worse still are the eye-rollingly droll NPCs who drive the story forward. They’re completely obnoxious and written without any depth whatsoever, particularly in the game’s opening stages. The abrasive Nagamimi, a mascot character who serves as the party’s navigator, is absolutely repugnant, relying on an endless stream of curses and insults to construct any semblance of personality. Julietta, a male scientist who wears a cowboy hat for some reason, oozes a sort of creepy energy as the stereotypical Japanese caricature of a gay person, while company president Allie jokes about sexually harassing her workers and ends every sentence, puzzlingly, with a ☆. I think this is supposed to indicate that I shouldn’t care about her gross behavior because she’s being playful…? Meanwhile, minor characters say totally useful things like “Don’t worry, I am an expert on everything, ranging from the economy to girls’ underwear.” Okay then.

The story becomes a lot more interesting after a surprisingly dark turn two-thirds of the way through the game, but it takes so long to get there that you may lose interest before it happens. It would be a shame if you did, because the final section of Code: VFD is by far the best, featuring the most interesting encounters, the most exciting music, and the only dungeons that aren’t boring, straightforward corridors.

As a dungeon crawler, Code: VFD is all about party customization and class synergy. The player creates a party of three adventurers (and later a second party, and then a third — more on that shortly) from a total of eight classes, four of which are initially available. These include the Yu-Gi-Oh-inspired Duelist, versatile damage-dealing Samurai, and the God Hand, a pugilist who does double duty as a healer. What makes these classes stand out are their incredibly unique playstyles. God Hands, for instance, inflict stacking charges of “God Depth” on their enemies, which can be availed to unleash increasingly powerful hand-to-hand attacks. Agents utilize a “hacking” debuff to manipulate their enemies and drain their health, while Duelists draw from a deck of randomized cards to summon elementally aspected creatures and place traps. Even the seemingly straightforward Samurai has two weapon types, each with their own unique skills and stances. Later classes offer even more variety and flexibility: the Fortuner uses the power of the stars to apply automatic healing and buff effects, while the Banisher pulls from a consumable stack of bombs to unleash high-powered explosive attacks that work especially well against dragons.

Strategy extends further with the addition of two backup teams, who can be called in for follow-up attacks, party-wide buffs, and eventually, a Unison Attack that brings all nine characters into the fray for the ultimate in draconic devastation. Each class even has a late-game quest that culminates in them learning an extraordinarily powerful and flashy EX Skill. There is a huge amount of depth to the combat system, which encourages intelligent play and supports all sorts of unusual class combinations. If there’s a downside, it’s that animations are unskippable and often lengthy. This is an especially big problem for classes that slowly ramp up to their maximum damage output, like the God Hand, because the player has to initiate the same sequence of attacks in every single battle, watching each unfold for the tenth, then hundredth, then thousandth time.

Outside of battle, there’s a small base-construction element at play. Using the essence retrieved from the bodies of slain dragons, the player can build new facilities at Nodens, the headquarters of a game development company that moonlights as a dragon research and subjugation conglomerate. Nodens eventually becomes an asylum for the innocent bystanders displaced by dragon-related violence. It’s possible to rescue wayward NPCs scattered throughout each dungeon and send them back to safety, although this serves little to no actual purpose in my experience. More important is the existence of a cat café (!!), which…also doesn’t serve much of a purpose beyond acting as an inn, but damn if those fluffy lil’ critters didn’t relieve my digital stress. There’s also an extremely shallow dating system in place that offers some extra insight on the game’s cast. It, too, is without practical function, though it is fun to see a few of the more straight-laced characters squirm. Other miscellaneous niceties include a fast travel system within Nodens (although it’s confusingly inaccessible from within certain rooms) and field skills with useful healing and revive effects that don’t dip into characters’ MP pools.

Although skewed easier than contemporaries like Etrian Odyssey, there’s still quite a bit of challenge to be found in 7th Dragon Code III: VFD. It’s a shame that its game world is small and padded with backtracking, making the “dungeon” half of this dungeon crawler something of a slog. The story, too, takes much too long to heat up, and its characters are disappointingly off-putting. Still, the game shines in combat, allowing for a variety of unconventional approaches to slaying the hordes of enemies that await Unit 13 in the far reaches of spacetime. If you’re seeking a portable RPG fix this summer, you could do worse, although it would be wise to temper your expectations before jumping in. Code: VFD rewards those who are dedicated to its unique brand of role-playing and feeds the rest to the dragons.

7th Dragon III Code: VFD rewards those who are dedicated to its unique brand of role-playing and feeds the rest to the dragons.