Assassin’s Creed Valhalla can be great, but if you want an inferior experience, don’t worry: Ubisoft has you covered. 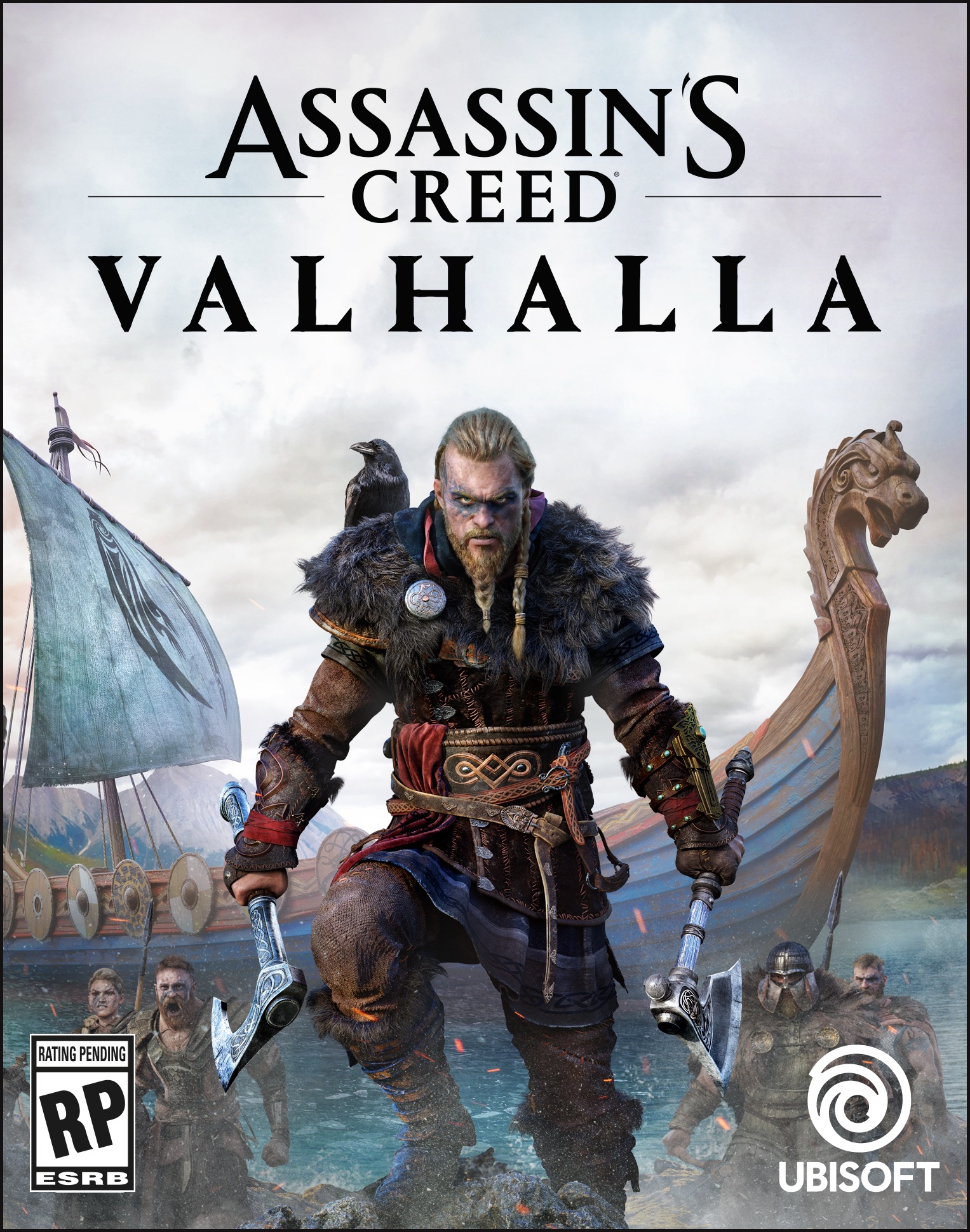 In 2014, Assassin’s Creed Unity director Alex Amancio claimed that removing a woman as a central protagonist in his game was just a “reality of production.” In 2015, Assassin’s Creed Syndicate had Evie, a second “main” protagonist who received less screen time than her brother Jacob. Origins followed thereafter, which saw Bayek as the main character in place of his more lore-important wife Aya. Odyssey offered the player their choice of a male or female protagonist, but the male character, Alexios, was included only after Serge Hascoët, CCO of parent company Ubisoft, claimed that female protagonists don’t sell games.

It’s 2020. Having been teased for 2 years, Assassin’s Creed Valhalla, an epic Viking fantasy, is nearing the end of development, and suddenly, a wave of toxic behavior comes to light at Ubisoft. Ashraf Ismail, director of Valhalla, is out after the married executive used his position to initiate several relationships with fans of the franchise. As the summer rolls on, several other senior figures at the company are forced to resign for sexual misconduct and inappropriate behavior, including Hascoët. Eventually, Ubisoft CEO Yves Guillemot attempts to apologize for Ismail, Hascoët (Guillemot’s close friend), and the others who had been publicly outed… just before a showcase of his company’s upcoming products, naturally.

It is unknown what Valhalla would look like without these outsized influences, or how the game has changed since these men were removed from their positions. With all this in mind, I made my entrance into this open-world RPG with an exceptional amount of skepticism. My wariness didn’t subside when, shortly into the game, the player is offered a choice once again. They can play as male Eivor (Meivor?), female Eivor (Feivor??), or allow the game to decide which protagonist will be present for different events throughout the game (…Mixvor???). Additionally, the player can switch between these two at any time. And unfortunately, this top-down decision weakens what can be a remarkable experience, a ludic joyride filled with surprising narrative potential.

On the bitter shores of late 9th century Norway, Eivor lives among their adopted family, The Raven Clan. Their brother Sigurd returns after some years away from home, returning with Hytham and Basim, two assassins he met on his journey. Basim has convinced Sigurd that he must seek a great power to aid them in their grand plan to eliminate The Order of the Ancients (There is an overarching, bloated narrative that only grows more burdensome with each entry. It won’t feature prominently in this review.) Feeling hemmed in by an overbearing new king, Eivor and Sigurd set sail with Hytham, Basim, and a number of their Raven Clan followers for the less-crowded coast of Anglo-Saxon England.

Initial impressions are rough. The opening cinematics are poorly shot, and the story tries to overcompensate for a lack of confidence with an abundance of bloodlust. I played the first few hours of this game without the grace of the “Day One” patch, and this delayed rollout may have blemished my early experience as well. When not stiff and awkward, the game was frequently bugging out, even during a supposedly tense boss fight: the man who killed your father and mother tried to walk up a five-foot incline and somehow killed himself. Thankfully, since the release of the patch, the game is much improved. Bugs and crashes still occur, though they are occasionally quite funny and remedied by a persistent auto-save system. Accessibility on the whole has become a priority for this series, and inclusion of text-to-speech menu narration, customizable interface elements, and robust subtitling options show a commitment to raising all longships that should become industry standards.

As the game progresses, the narrative fleshes out across tales both mundane and fantastical. Think The Canterbury Tales meets Beowulf. One side quest had me fretting over whether to tell a hapless fellow that he had an axe lodged in his skull, while others sent me on long-fated journeys to lands far beyond Northumbria and Wessex. After leaving Norway unimpressed, I texted a friend saying, “ I’m sure it’ll pick up when we head to… England,” with every ounce of possible sarcasm. And well, I owe the English an apology.

Anglo-Saxon England is a diverse and wondrous open-world, from the sheer and imposing White Cliffs of Dover to the bustling hub of broken people called “Lunden.” I’ve found no shortage of vistas to frame in Valhalla’s enjoyable photo mode. Horseback riding is my preferred travel method, though your ship can also be used on England’s numerous waterways. And the game only grows more stunning with time. For a short stint, we travel to Vinland, which is awash in autumnal brilliance. I won’t spoil how or why, but I will say that our adventure is not solely confined to Midgard, and when the game guides us towards the other branches of Yggdrasil, the results are simply breathtaking. The fabulous music, composed by series veterans Jesper Kyd and Sarah Schachner, is further augmented by the team’s newest collaborator: Einar Selvik of folk band Wardruna, whose commitment to the preservation of an inclusive Nordic culture breathes untold vitality into the most hallowed of Valhalla’s grounds.

There is entirely too much game for me to touch upon all aspects of interaction with Valhalla, though particular highlights include scouring ruins as a less-colonial Tomb Raider, seeking out and sending members of the Order to Niflheim via sharp objects, and doing rap battles in Old English (flyting) to raise charisma. While bland and uninteresting at first, combat begins to find its rhythm around power level 50 and soon enough, you’ll be winning a fight against a legendary moose using only a wooden club. The secondary characters are well-acted, nicely animated, and usually quite charming. Particular highlights include your confidante Randvi, the cryptic seidr Valka, and Lunden’s favorite gay sheriffs Erke and Stowe.

In the center of all this stands Eivor. At her best (I’ve played through the game almost entirely as Feivor), she is a fully-realized and morally complex character. Cecilie Stenspil turns in an overall excellent performance, fierce and belligerent when she needs to be but unafraid to show a goofy, hedonist streak as well. In her most contemplative moments, Eivor is a weary, scarred poet, haunted by the dishonor of her birth father and the gods who bedevil her with whispers and visions. As we’ve seen supremacist groups base their entire belief systems on a narrow, chauvinist view of Norse culture, having Eivor kick in the skull of a murderous viking who claimed ownership over an ex-wife who left him for a gentle Angle farmer felt appropriate.

However, the double-edged seax of player choice deeply impacts the effectiveness of Eivor as a protagonist. Being able to make Feivor look like a viking version of Furiosa from Mad Max is a plus, but knowing that some players won’t even see this character is disappointing. Some will spend the entire playthrough as her male incarnation, dulling an otherwise impactful narrative. For example, in my game, Eivor had one marvelous day of drinking, fighting, and adventuring with a woman she loved. There was little buildup to this date, and their confessions certainly felt hurried. But, this slice of queer romance was sweet, and is also a major part of the story. So, I paused for a second and thought, “What would this be like as a man?” Thanks to the aforementioned save system, I was able to boot up the game in the middle of the date, switch to Meivor, and continue riding to a crumbling tower where previously, two women confessed their long-hidden feelings in front of an endless horizon. And the exact same scene played out… except with a man. What was once more subversive and inclusive became traditional and, frankly, boring. This dynamic also plays into Sigurd and Eivor’s relationship, as Sigurd has decided that he is destined for far greater things than his sister. He isn’t, but not for lack of trying to belittle and minimize her.

In my opinion, playing as Feivor is the more interesting choice on a near-constant basis. And yet, much of the promotional art, as well as the cover that most people will see, features her male counterpart. In a world where big AAA titles such as The Last of Us Part II and Horizon Zero Dawn can have one, central, female protagonist, why can’t Assassin’s Creed? Fans and critics alike can attribute this to the series becoming centered around “choice-based gameplay,” but given Ubisoft’s history of market-focused misogyny and bad faith apoliticism, it’s more than a little suspect.

There is a healthy amount of criticism to be leveled at the 12th main entry in this massive franchise. It is bloated and occasionally devoid of direction. The romances and supporting cast can feel rushed and underdeveloped. But by far, the largest fault I find with Assassin’s Creed Valhalla is that it is undermined by a C-suite and shareholders that refuse to allow their developers to create a game centered solely around the feminine perspective. If the player chooses to interact with the game as Meivor or Mixvor, Valhalla is a different game, made worse for bias masquerading as choice.

It’s still an enjoyable romp: a world filled with brutal combat encounters, a slew of arcane mysteries, and diverse sights that can be achingly gorgeous, powerfully harrowing, and even bizarrely psychedelic. But in the course of my playthrough as Feivor, I feel that I’ve received Valhalla as it should have been. My previous praises are kept intact, and the experience is only enhanced by a narrative that subverts Norse mythology while slashing the tether that binds executive misogyny to a world where supposed viking culture has been adopted by an ahistorical, androcentric right-wing. Assassin’s Creed Valhalla can be great, but if you want an inferior experience, don’t worry: Ubisoft has you covered.