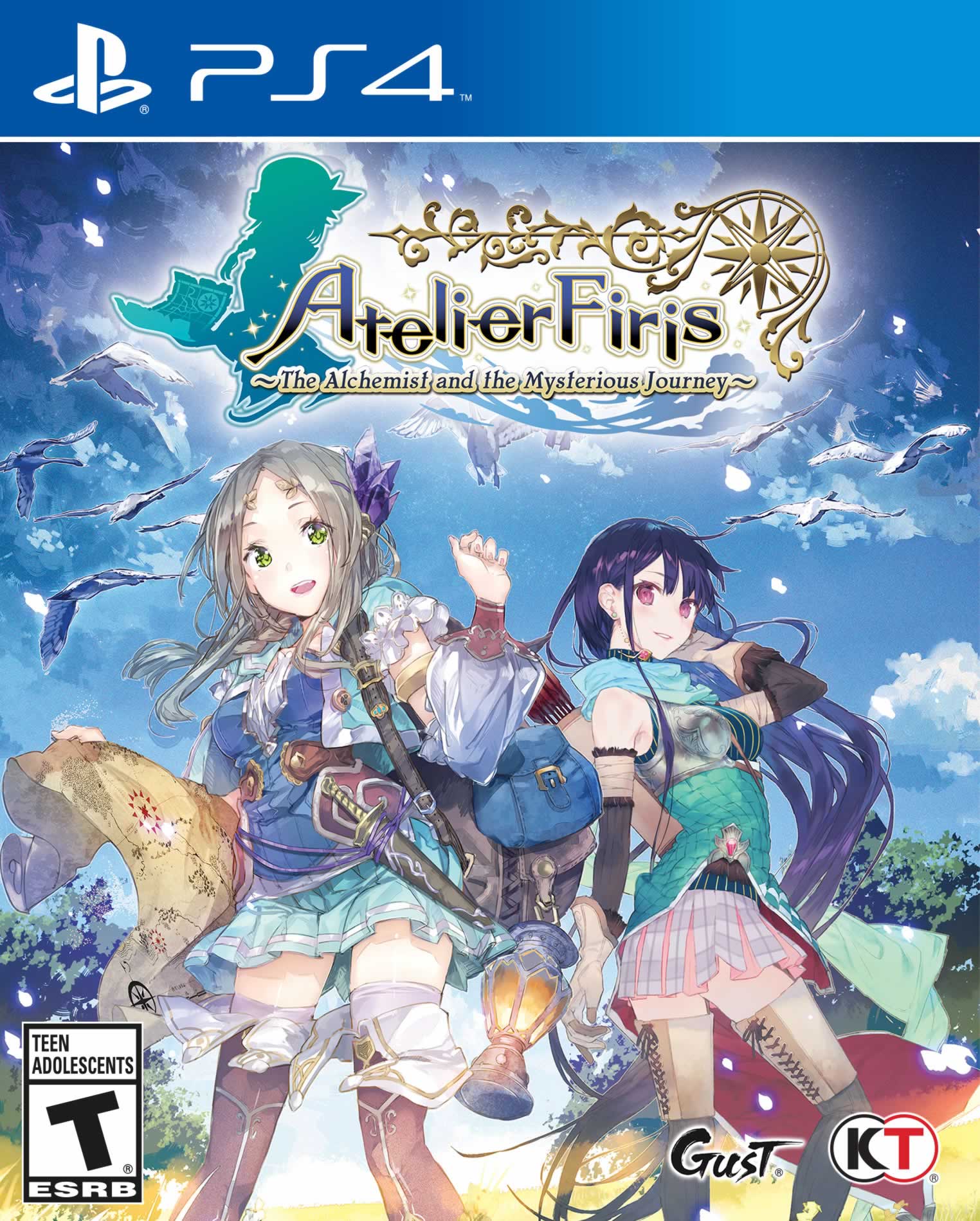 As the Earth completes another orbit around the sun, I find myself dancing a familiar dance. Tax forms in the mail, histamine receptors chemically inoculated against Spring’s fragrant poisons, I am seated before the television as an airy jingle wafts from its speakers. So the saying (my saying?) goes: another year, another Atelier.

As a result of going bigger at the expense of attention to detail, Atelier Firis is a considerable step backward from Atelier Sophie.

The “Madden of JRPGs” — another phrase I might have coined, or maybe I’m an absent-minded plagiarist — returns for its eighteenth annual installment, Atelier Firis: The Alchemist and the Mysterious Journey. This time, the adventure extends farther outward than ever before, incorporating lessons from the game design trend du jour. But bigger, as I have learned, is not always better. Firis, for all her enthusiasm, makes misstep after misstep on her journey, resulting in the clumsiest Atelier title since Rorona.

Firis herself is, in series tradition, a young girl who aspires to become an alchemist. Isolated since birth in a mining town nestled inside an enormous cave, she yearns to break free and see the world she has been denied her entire life. It’s a fairly grim narrative premise that would likely blossom into dystopian fiction in the hands of a young adult novelist, but here it’s simply window dressing for a fluffy story of friendship, perseverance, and discovery.

Regrettably, the game is utterly inept at connecting with the player on an emotional level and features some of the most asinine, awkward writing (and grating voice acting) the series has ever seen. Firis is an insufferable protagonist, one whose naivety I was initially willing to forgive considering her circumstances, but by the umpteenth time she expressed bewilderment at a simple prospect like going shopping for clothes, my considerable patience had run dry. She’s dopey and infantile, much like her rival, the tsundere alchemist Ilmeria, who makes a huge show of being independent only to about-face and join Firis on her journey for no real reason.

In fact, Atelier Firis has by far the most one-dimensional cast I’ve ever seen in this series; almost every one of the handful of playable characters joins the traveling party with little fanfare and appears only in isolated sub-events that relate little to the central plot. Even combat, the only area where they make a meaningful contribution, has been dumbed down and takes a backseat to the rest of the game, making the cast something of an invisible presence throughout most of Firis’ adventure.

It’s not just bland characters that drag Atelier Firis down, but questionable localization choices as well. Remnants of the original Japanese script are conspicuous in directly translated lines like “To get better at alchemy, you should try various things” and “Stop that escapism!” In typical Japanese fashion, characters announce their arrival with “excuse me” when they enter rooms and repeatedly seek confirmation with the query “is it okay?” These ritualistic utterances work in an explicitly Japanese cultural context, but sound awkward coming from English-speaking characters in a vaguely European fantasy setting. There’s a notable dip in quality here compared to past Atelier titles, which points to a rushed localization job that is below what I’ve come to expect from the series.

Poor writing aside, Atelier Firis’ biggest failing is that it favors volume over detail. It commits to the theme of being on a journey by offering larger areas to explore and incentivizing discovery. There’s also a day/night cycle and a weather system that affects the appearance rate of gatherable objects. The trouble is that it’s not an especially interesting or unique world worth exploring. It’s the same sort of dull green plains and expansive deserts that have appeared in countless other Atelier games, which manage to feel barren despite there being new items to collect at every turn. Towns in particular are a pain to navigate, thanks to poor design (who are the city planners in this world, and how much poop should I mail them?) and an overly crowded map. Even the characters are visually bland this time around, with generic designs rendered in a slightly shinier anime aesthetic instead of the gorgeous pastels I’m accustomed to. All of this is wrapped in a poorly optimized package with frequent pop-in, frame drops, and graphical glitches, even on a PlayStation 4 Pro.

The TARDIS-esque, customizable atelier — and by extension, alchemy — lies at the heart of the experience. Item synthesis builds upon the system from Atelier Sophie, which is to say that it’s one part ingenuity, one part Tetris, and one part reaching for the mute button to silence Firis’ awful, squeaky quips whenever she throws a material into the cauldron. The player can use certain items as catalysts to manipulate the size, quantity, or properties of their final products, as well as use “Mass Synthesis” to create huge projects like a propulsion engine for a ship or an artificial sun. As usual, this system is a highlight, which makes it even more of a shame that the rest of the game lags behind.

As a result of going bigger at the expense of attention to detail, Atelier Firis is a considerable step backward from Atelier Sophie. I’ve entertained the notion that it could simply be a victim of circumstance, considering its release in a season jam-packed with master class games in the mold it aspires to imitate. But ultimately, Atelier Firis has to stand on its own merits, and its legs — whether from walking too far or striding too fast — are shaky at best.

A larger world than ever to explore (if that's your jam), fun and deep item synthesis system.

The clumsiest Atelier title since Rorona, Atelier Firis lacks the heart, soul, and polish of its predecessors.