There is nothing egregiously un-fun about any of Atelier Lulua's core gameplay systems, but the surrounding package does little to stimulate the mind or imagination. 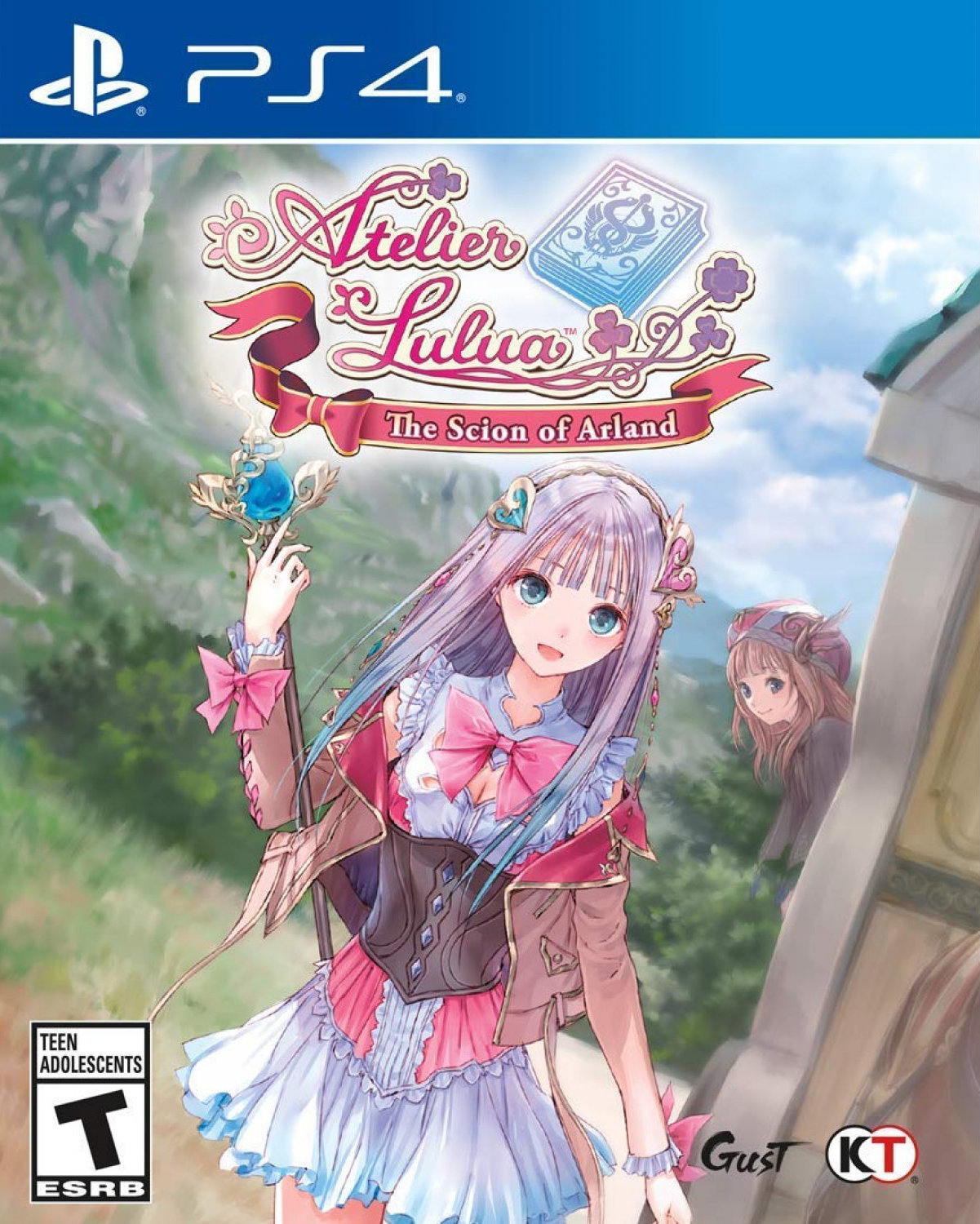 “Time flows like a river, and history repeats.” In all my years of reviewing every annual iteration of Gust’s long-running Atelier series, these familiar words ring true more than ever as another generation of alchemists passes the torch to the next. Yet the latest young woman to take up the mantle, Lulua — daughter of the mystifyingly popular Rorona — exists within something of a temporal aberration. Her story takes her not into a brave new world of bombs and Punis galore, but instead sees her returning to the familiar ground tread by her mother back at the onset of the PlayStation 3 era.

As a follow-up to the “Arland” sub-series that concluded nearly eight years ago, Atelier Lulua is both thematically and mechanically distinct from its “Mysterious” sub-series predecessors. Core Atelier conceits — gathering raw materials and synthesizing them into increasingly rare and powerful items — remain present, as they have throughout the series’ twenty-plus-year history. The iterative nature of Atelier games means that Atelier Lulua does pick and choose ideas to borrow from more recent series titles, both for better and for worse. Somehow, this double-edged approach to game design is a harder blade to grip than the calluses of my experience prepared me for. Atelier Lulua is a straightforward RPG that neither offends nor inspires, treading squarely within the painted lines of its own safe zone at the expense of personality.

A sense of déjà vu permeates much of Atelier Lulua, beginning immediately with its visual presentation. Given that it is set on the same continent as its Arland predecessors, I fully expected to revisit familiar locales from previous titles, Final Fantasy X-2-style. What I didn’t expect was for them to feel so uniformly boxy and bland. Atelier games tend to have smallish hub towns connected via fast travel, and Lulua is no different in that regard, but its interpretations of legacy locales like the Kingdom of Arls are visually indistinct and strikingly dull. The heretofore concluding entry in the Arland sub-series, Atelier Meruru, employed a cel-shaded visual engine with a painterly, pastel-heavy color palette. Lulua, meanwhile, opts for the more generic anime style used by more recent Atelier titles and has a shaky framerate to match.

Character designs feel especially homogenized this time around, with a cast composed almost entirely of glass-eyed doll-women with the exact same body type. The first two characters to appear on screen, Lulua and Eva, sport bizarrely similar outfits and color palettes, while supporting character Stia has a milquetoast design almost indistinguishable from a generic NPC. Even returning characters fall victim to this tepid creative approach — dancing puppeteer Lionela has been reduced to a breathy, corseted barmaid, while newcomer Aurel couldn’t look more like stone-faced knight Sterk if he tried. It’s boring to look at, frankly. Atelier Lulua’s audio feels just as phoned in as its visuals, too; there’s no dub to speak of, the mostly female cast speaks in the screechy anime voice du jour (especially Rorona, who manages to sound more infantile than ever despite being old enough to be a mother), and the soundtrack is unmemorable to an almost impressive degree. It’s the same blend of tottering woodwind melodies and predictable guitar riffs I’ve come to expect of this series’ less adventurous entries. I’ve been sitting in front of this review trying to hum the main battle theme for five minutes, and I’m drawing a blank. At least I’ve got the victory jingle down pat.

Atelier Lulua’s approach to the three central elements in any Atelier title — progression, synthesis, and combat — thankfully fares better. At the onset of the game, Lulua comes into possession of the “Alchemyriddle,” a mysterious book that only she can read. Whenever her path is unclear, Alchemyriddle starts to glow, revealing everything from life advice to item synthesis recipes. This is the game’s core progression system. Every chapter of the story sees the book’s pages filled with incomplete passages of text that Lulua can decipher by following the clues therein. For example, one page might suggest that Lulua first create a bomb of high quality and then use it in battle several times; once both conditions are fulfilled, Alchemyriddle dispenses a recipe for an even more powerful variety of bomb. This system is generally comprehensible enough, although I did encounter some mixed-up (as in incorrectly localized/attributed) text on two occasions that obfuscated my objectives.

Eschewing the grid-based synthesis system of the Mysterious sub-series, Atelier Lulua returns to a more straightforward method of item creation. Essentially, every material used in synthesis has both an elemental value and some number of inherent traits. Surpassing specific, recipe-dependent elemental thresholds will bestow the resulting item with corresponding effects, while material traits can be transferred depending on Lulua’s alchemy level. It’s actually quite simple in practice: put a lot of high-quality fire materials into a bomb, and your bomb will be stronger. Boom.

Combat, too, is a simple enough affair that uses the turn-based style of previous Arland titles. Atelier Lulua adds an “interrupt system” into the mix. (Like…like an alchemist. Get it? Yeah.) The player can assign items to the three playable alchemist characters and then use them to disrupt the turn order in battle once their “interrupt” gauges fill up. There are also follow-up attacks to trigger and passive bonuses called “Primal Arts” that change depending on which characters are in the active lineup, but with a small roster of eight that includes a lot of similar combat styles, there isn’t much to experiment with here. Even the series’ signature “ultimate attacks” feel flat and underutilized. It’s all been done before in previous entries — and done better, to boot.

The more I digest my experience with Atelier Lulua, the more apathetic I feel towards it. There is nothing egregiously un-fun about any of its core gameplay systems, but the surrounding package does little to stimulate the mind or imagination. I had a fine enough time over the twenty-five or so hours I spent playing it, sure. I just can’t shake the feeling that I won’t remember anything beyond the bare outline of its story in a year’s time. Even less likely is that I’ll ever feel compelled to pick it up again.

Like a cauldron swirling with eye of newt and wing of bat, Atelier Lulua circles back to familiar Atelier concepts, but its budget sensibilities and low-risk approach to mechanical innovation do little to advance the series in any meaningful way. Round and round the creative process goes. It’s time to stir against the current. Et tu, Atelier Ryza?

Lulua is an exceptionally safe Atelier title that feels less like a return to form and more like an achromatic stroll down the rugged cobblestone of memory lane.