Nothing short of a total revamp of theme and narrative direction will recapture my interest in whatever's next for this series. 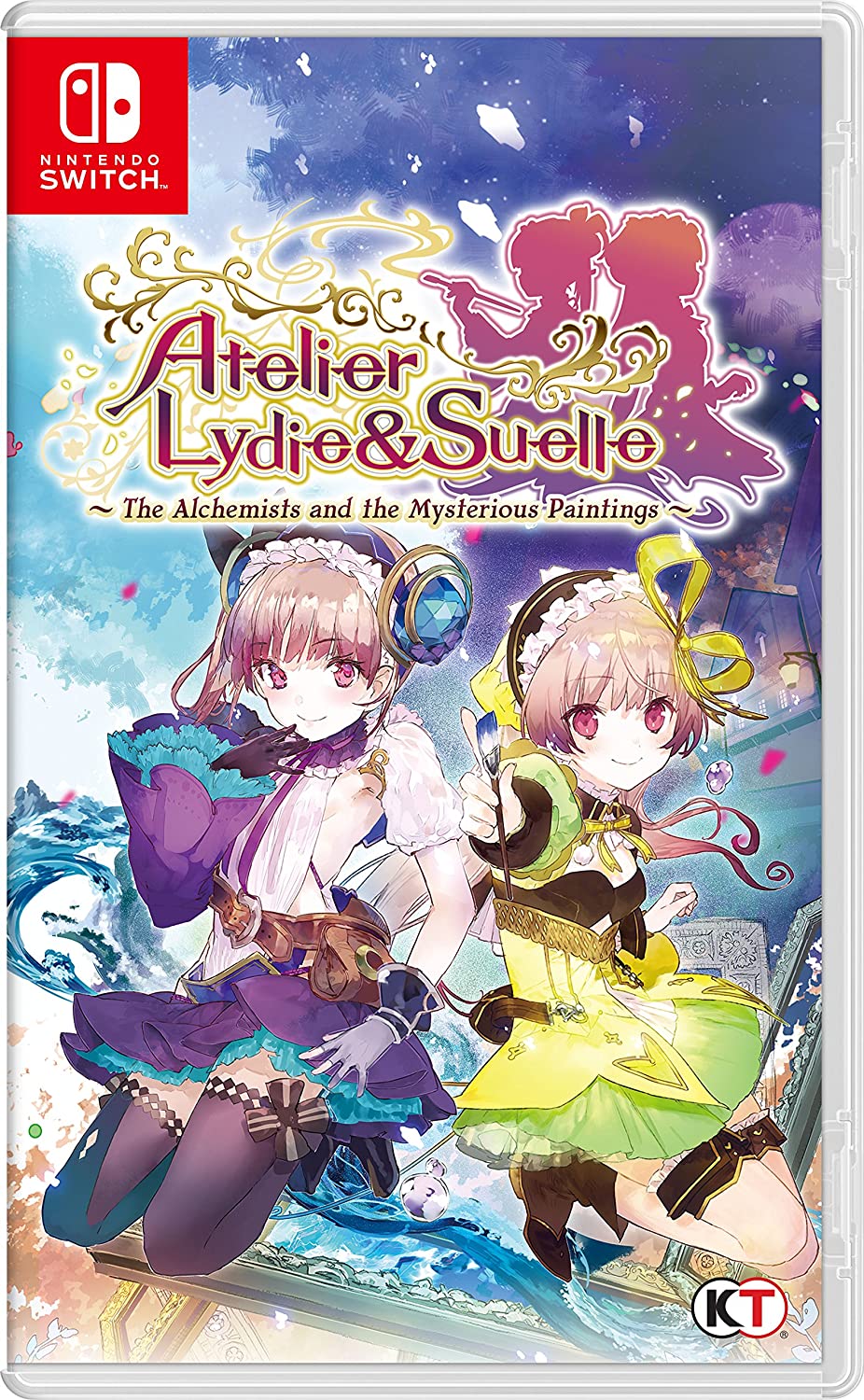 As the world turns, the cauldron burns. Scarcely a year after the mysterious — actually, make that “meandering” — journey of Atelier Firis failed to ignite my wanderlust, I’m back on the hamster wheel, penning another review of another Atelier title. So the sun rises on Atelier Lydie & Suelle: The Alchemists of the Mysterious Paintings, the nineteenth game in the long-in-the-tooth franchise and, by my count, the subject of my ninth Atelier review for RPGFan. There’s also a strong possibility it’ll be my last. My fatigue comes as a surprise even to myself; as little as a few years ago, I was championing Atelier as a tragically overlooked franchise with depth and heart unapparent from its cutesy facade. But now? Dragged down by an obviously tightened budget, design-by-committee moe-blob characters, and insipid, juvenile writing, Atelier Lydie & Suelle is the final piece of evidence that this series has lost its way.

To its credit, I understand and appreciate that every Atelier game is an opportunity for its developer to try something new. Atelier Sophie introduced the puzzle-like template for the alchemy system that would be used throughout the “Mysterious” trilogy, as well as a novel customization system for its homunculus-esque deuteragonist. Atelier Firis expanded the series into an open world for the first time, albeit unsuccessfully. Atelier Lydie & Suelle’s contribution is a story that revolves around twin alchemists who can enter “Mysterious Paintings,” which function as explorable microcosms containing rare items and supernatural wonders. This is all well and good, but unlike most of its predecessors, Atelier Lydie & Suelle’s miserable pacing and clumsy execution prevent it from establishing a satisfying gameplay loop.

Without exception, the flow of Atelier Lydie & Suelle goes something like this: First, the twins must accrue notoriety by completing three out of four task groups assigned to their “Ambition Notebook” every chapter. These objectives range from straightforward (create an item with a certain trait) to repetitive (kill five of a certain monster). The trouble here is that the twins have to “discover” new alchemy recipes by performing a variety of tangential tasks, and the conditions for unlocking recipes are frequently vague. I was once asked to obtain a number of rare fish, but I couldn’t actually obtain those fish until I had a certain fishing rod, which I did not have the recipe for and could not see the conditions for creating until I had synthesized several other completely unrelated items. The recursive nature of progression (do A, but to do A you have to do B, but to do B you have to do C, etc.) is frustrating, exacerbated by unclear direction, and feels conspicuously like padding to extend the game’s length. Finally, once the twins have completed their Ambition Notebook for a chapter, they then have to pass an Alchemy Exam featuring similar objectives before being granted access to a new Mysterious Painting — which, I might add, is functionally no different from exploring any of the game’s other similarly bland field areas. Then the process repeats. Other Atelier games have featured a similar structure, but this one lacks the sort of careful balance necessary for it to feel entertaining.

If Atelier Lydie & Suelle engaged competently on another level, like combat or narrative, it would be easier to forgive the predictable nature of its progression. Unfortunately, combat here is serviceable at best and features the smallest and least interesting cast of playable characters since Atelier Rorona. Combatants are paired up in columns à la Suikoden III, executing attacks in turn and providing follow-up support depending on their placement in the lineup. There are also combination attacks that unlock late in the game for some extra firepower. That’s…about it, really. The only wrinkle that I found conceptually unique is the twins’ ability to “paint” over the battlefield using special items, granting passive effects that correspond to each of the game’s Mysterious Paintings. (A volcanic environment might trigger additional fire damage after certain attacks, for example.) This is novel because it ties into the game thematically, but it’s not as effective or interesting in practice as it sounds.

The story in Atelier Lydie & Suelle is another low point of the experience. Now, I actually like that Atelier games tend to be narratively small in scale. The stories vary in scope, but each is, as its core, primarily concerned with the day-to-day life of its protagonist(s). I’ve previously been drawn to Atelier because even though its tone is lighthearted, I’ve enjoyed watching its earnest characters mature and grow over the course of their respective adventures. Not so with Atelier Firis, and even less so with Atelier Lydie & Suelle; this story of twin girls who dream of becoming the greatest alchemists in their kingdom is by far the least interesting in the series’ history. Each half of the titular pair is a different, but equally unpalatable flavor of moe. Timid Lydie, who dresses herself like a Gothic Lolita maid from the Party City bargain bin, blushes and averts her eyes whenever she’s asked a question, while “rambunctious” Sue is an idiot who screams at bugs and can’t go five seconds without asking for cookies. They are incompetent, weak, shrill, and infantile to an infuriating degree, and I have to question who the target audience is for these types of characters. It certainly isn’t children, given the series’ creeping penchant for fanservice (yep, there’s a beach scene). The remainder of the cast is equally dense and shallow — except for Sophie and Plachta, who actually have some presence of mind — and while the story mercifully accelerates as it approaches its climax, I had long lost interest by the time it drew to a close. Nothing short of a total revamp of theme and narrative direction will recapture my interest in whatever’s next for this series.

I give Atelier Lydie & Suelle credit for at least rectifying some of Atelier Firis’ biggest issues. The return to smaller, individual field areas is more manageable than Firis’ awful simulacrum of an open world, and I generally knew what my overall goal was, even if I didn’t know what exact steps I needed to take to get there. The soundtrack is…well, it’s okay. But there’s a pervasive sense that developer GUST cut corners wherever possible to get this game out on an annual schedule, particularly in regard to visuals; one character’s father is frequently mentioned but never shown on screen, even when he’s supposed to be in the same room, and the game doesn’t bother to animate things like characters sitting down or standing up. It simply cuts from one position to another. Models cling to surfaces with what I’d be hard-pressed to call “gravity.” I found a floating bush once. Atelier used to make up for its lower budget with attention to aesthetics, but not so anymore, apparently.

I’m truly disappointed with the direction the Atelier series is headed in. I once looked forward to playing these games every spring as a palate cleanser for the epic, save-the-world RPGs endemic to our genre of choice. Yet Atelier Lydie & Suelle feels like a hollow facsimile of the warm experiences I used to savor, one that has been rushed out the door for maximum profit with minimum respect for its roots.

A novel, thematic conceit is the most interesting element of this repetitive experience; the rest is weighed down by crybaby characters and vague, unsatisfying gameplay objectives. Atelier is overdue for a revamp.