Atelier Shallie is ostensibly the best game in its trilogy on many fronts... its sole failing being a tendency to overextend in its efforts to eliminate player stress. 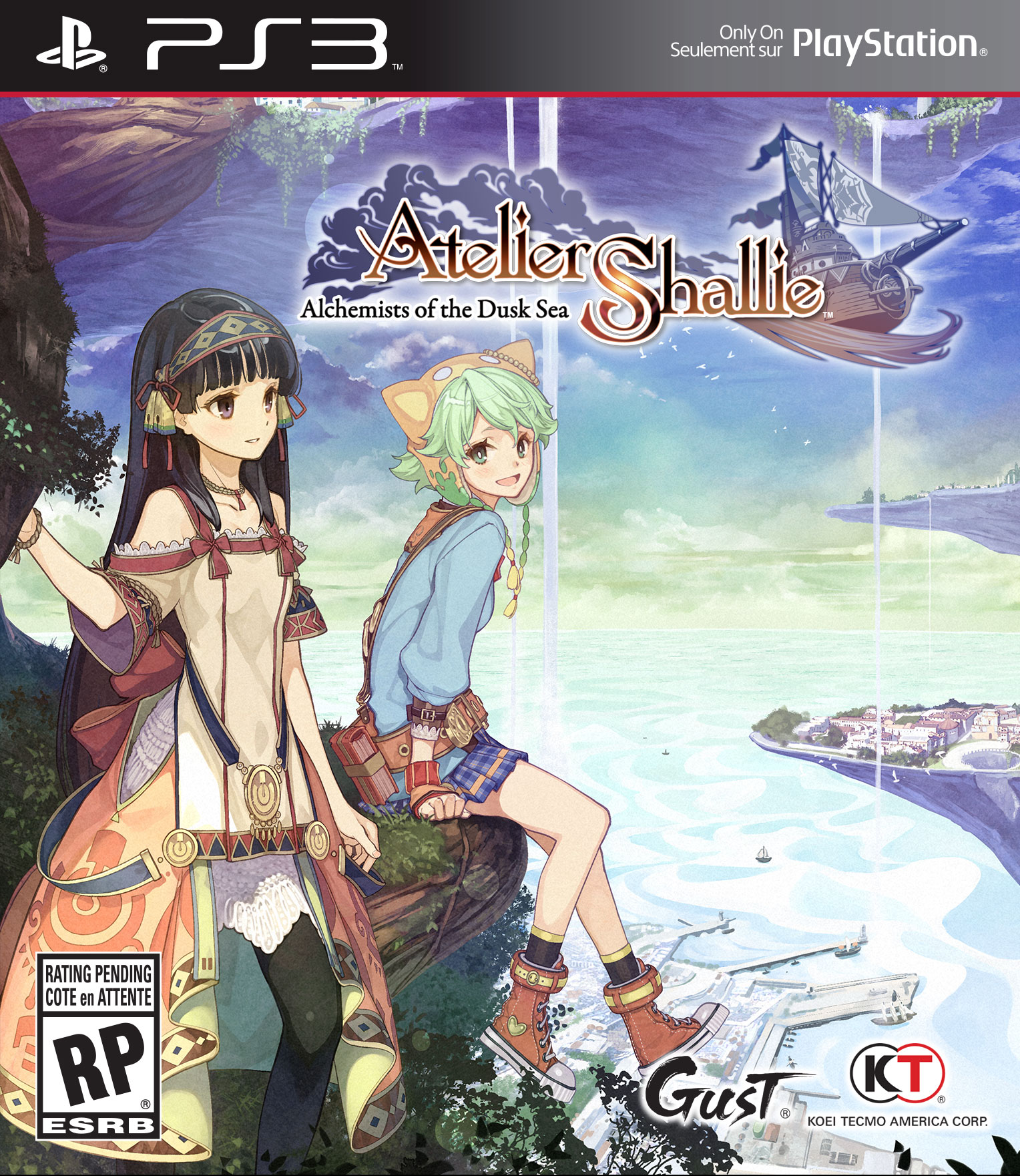 I’ve grown so accustomed to playing and reviewing Atelier games that beginning each new title is akin to settling back into a groove. Throughout my alchemic escapades, I’ve gotten to know bumbling Rorona, timid Totori, spunky Meruru, gentle Ayesha, earnest Escha, responsible Logy, and now, two girls who share the name “Shallie.” No matter what changes manifest on the surface, every Atelier game is a story of characters growing, learning about the world, and fulfilling their dreams. Atelier Shallie: Alchemists of the Dusk Sea is ostensibly the best game in its trilogy on many fronts — character design, combat, music, you name it — its sole failing being a tendency to overextend in its efforts to eliminate player stress.

Shallie (Shallistera) and Shallie (Shallotte) are a pair of young alchemists following separate pursuits in life until their paths cross in the oasis town of Stellard. The former Shallie, future chieftain of a remote tribal village, seeks a way to restore her people’s dwindling water supply, while the latter Shallie is an aimless trash-picker still searching for a dream of her own. After a brief prologue, players can elect to play as one of the girls full-time, learning more about her motivations and struggles, although the two end up working together a few chapters into the game. My preference for earnest, free-spirited characters led me to select Shallotte, and while her personal story arc is more inwardly-focused, she works together with Shallistera to uncover the truth behind humanity’s hand in advancing the decay of their dying world. It’s a grave setting, to be sure, but optimism is the name of Atelier Shallie’s game, and the characters forge ahead in spite of their dire straits. Entropy, shmentropy.

Speaking of the Shallies, their developing friendship is one of the game’s narrative highlights. It’s refreshing to see a story centered around two girls who have a positive, supportive relationship; they are never passive, creating their own narratives that don’t rely on contrived romance to find meaning. Of course, there is nothing inherently wrong with romance, especially when it’s done well (see Estelle and Joshua of Trails in the Sky); I’m merely saying that this game neither benefits nor suffers from it. The biggest stumbles in presentation come from occasionally awkward writing, mismatched text, and typos, which are noticeable but not severe enough to ruin the experience.

On the mechanical side, Atelier Shallie has some of the most significant changes ever to the series’ formula. For one, the time limit system has been completely abolished. The previous five games in the series featured a series of increasingly relaxed deadlines for progressing through the story; typically, these deadlines necessitated the crafting of certain items or exploration of certain areas. Atelier Shallie retains a similar goal structure, but allows the player to mix and match micro-objectives in a self-paced fashion, filling up a “Life Task” bar until the next chapter is unlocked. Gone are the days of prioritizing alchemy over combat or vice versa. Players can now engage in both pursuits at their leisure, and although it all but eliminates stress, it also makes the game a complete cakewalk. Whether this is good or bad depends on personal taste. I found it freeing, but perhaps a bit too much so.

Also freeing in a sense is the new 360-degree camera, which makes individual areas feel more expansive. This is counterbalanced by a game world that somehow seems smaller in spite of its open areas; there are fewer places to visit on the map, and although many have beautiful aesthetics, GUST still hasn’t moved past their penchant for simplistic objects and environmental textures. The characters, on the other hand, remain a visual delight. Their designs are complex, and their dress is clearly within the realm of “unrealistic anime clothing,” though this actually works to their advantage. The colors are bright, small details abound, and many outfits have a tribal flair that is underrepresented in the realm of JRPGs.

Combat is fast and flashy, building upon the six-character party system used in Atelier Escha & Logy and centered around strategies that involve frequent tagging out between the front and back lines. There are several tiers of support attacks that become available as the game progresses, and they are among the most effective abilities in the game. Atelier Shallie all but requires use of the entire party roster in order to be successful, and it minimizes tedium by distributing experience points in such a way that ensures even character growth. I always looked forward to battles, with bosses in particular allowing for plenty of opportunities to pull off complex strategies and elaborate moves aplenty.

Because the world of Dusk is dying, it is fitting that its musical score should be skewed toward the melancholy. I’ve found previous Atelier soundtracks enjoyable in piecemeal fashion; for every batch of great compositions, there tend to be a handful of grating “wacky” themes led by tuba and snare drum. I find these annoying and incongruous, and although Atelier Shallie has a few tracks in this vein, they are vastly overshadowed by the rich, emotional music that makes up the other 95% of the soundtrack. My favorites include Shallistera’s “Stella” series of battle themes, the somber introductory theme “Rusty Sky,” the far-away land theme “Red Light,” and the main theme, which has a number of arrangements dotted throughout the game. I also thought the game’s voice acting was great overall, better even than in previous entries… I mean, Wilbell is kind of annoying, but you can’t win ’em all. At least the cast is, on the whole, far more endearing than the cardboard cutouts that populated Atelier Escha & Logy’s town of Colseit.

Atelier Shallie is an excellent, feel-good RPG that builds upon its predecessors in natural and enjoyable ways. If this is the last game in the series for the PS3 (and I honestly hope it is, because the series is past due for a PS4 reboot of sorts), it makes a fantastic send-off for a series that continues to be criminally overlooked by mainstream audiences. Is it decidedly Japanese and often saccharine-sweet? Yes, but that’s exactly why I savor Atelier games for the few weeks I spend playing them every year.

A heartwarming, low-stress alchemy adventure with a standout soundtrack.