Atelier Shallie Plus: Alchemists of the Dusk Sea
Review by Derek Heemsbergen · January 17, 2017

Atelier Shallie Plus comes with an appreciable amount of new story content in exchange for significantly worse technical performance. 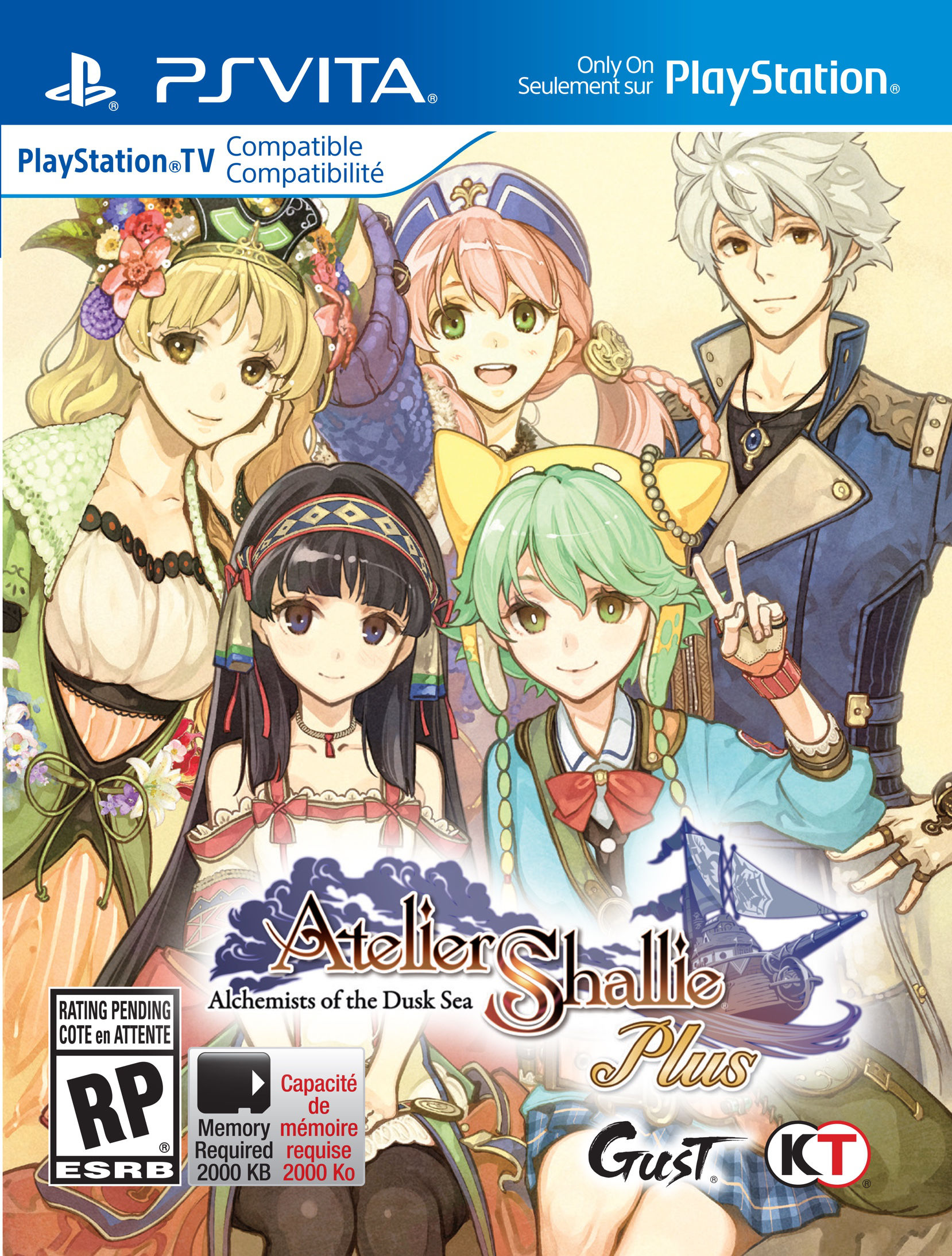 You’d be forgiven for not knowing where to start with the Atelier series. These alchemical adventures have stretched across every generation of PlayStation consoles since the first debuted in 1997, with the eighteenth installment, Atelier Firis, due out on PlayStation 4 later this year. To further complicate matters, there’s a sort of sub-series even within Atelier’s massive lineup, all of which bear the moniker of “Plus.” These Plus entries are PlayStation Vita ports that implement additional features, though they’re usually minimal and come in the form of goodies like bonus in-game costumes. Atelier Shallie Plus: Alchemists of the Dusk Sea, in contrast to its predecessors, is considerably more robust; not only does it have the usual Plus extras, but it finally unites the protagonists of all three Dusk series games to provide a more cohesive denouement to the trilogy.

Now, I already covered Atelier Shallie pretty thoroughly in my review of the PlayStation 3 version, so I’ll refrain from rehashing all of that information here. The two things that separate Atelier Shallie Plus from the original are its technical performance and additional story content. I’ll begin by getting the bad news out of the way: Atelier Shallie Plus is a considerable downgrade in terms of both visuals and framerate. All assets are lower-resolution, with some occasional stuttering on ground textures and the like, while text is small and fuzzy. Some button prompts in the interface are so tiny that they’re borderline illegible. I’ve come to expect this from Vita ports of PS3 games, yet it’s as disappointing as ever. The framerate is mess, never once staying locked at even 30FPS, though it’s easier to forgive this because Atelier Shallie Plus is a turn-based RPG and not, say, a twitch-reflex action game.

The new playable content, on the other hand, is a welcome addition to an already complete experience. There are plenty of new event scenes scattered throughout, though the story begins to change most considerably around chapter 6 (of 10). The heroine of the first Dusk trilogy game, Ayesha Altugle, finally makes her long-awaited return, bringing a decade of experience with alchemy to the table in order to help solve the water crisis at the center of the tale. The titular pair from Atelier Escha & Logy play a much bigger role this time as well by providing both Shallies with an important item that they acquired from the final boss of their respective game. All five Dusk protagonists, now drawn together, are important pieces of the puzzle in resolving the overarching conflict that has been in the background for three games. It’s good to see each of them have a turn in the spotlight, particularly Ayesha, whose whereabouts have been a mystery since the end of Atelier Ayesha.

There’s one crucial oversight in Atelier Shallie Plus that drags down the experience. As a handheld title — not to mention a game I poured many hours into on PS3 — it could have greatly benefited from text and cutscene skip features. Instead, I found myself mashing through many of the same conversations I had already heard twice on PS3 to get to new content, most of which is back-loaded. This won’t be as much of a problem if Atelier Shallie Plus is your first time with the game, mind, but it’s worth noting for those who simply want to see what’s new.

Atelier Shallie Plus loses almost as much as it gains in the transition to PlayStation Vita. It comes with an appreciable amount of new story content in exchange for significantly worse technical performance. I’ve made no secret of the fact that I am something of a framerate snob, but believe me when I say that the game looks much better in screenshots that it does in motion. Hardcore series fans will want to see its new narrative developments, though they should keep in mind that they come at the expense of the game’s beautiful visuals and stable framerate being put through the wringer.

As good as ever from a mechanical and musical standpoint, solid new story additions, it's nice to see characters like Ayesha and Logy return.

A technically inferior version of the original Atelier Shallie, but its narrative additions are worth seeking out for hardcore fans.