[Calico] should be a very pleasant experience.... But unfortunately, issues build up like matted fur, culminating in a game that is a bit too rough around the edges. 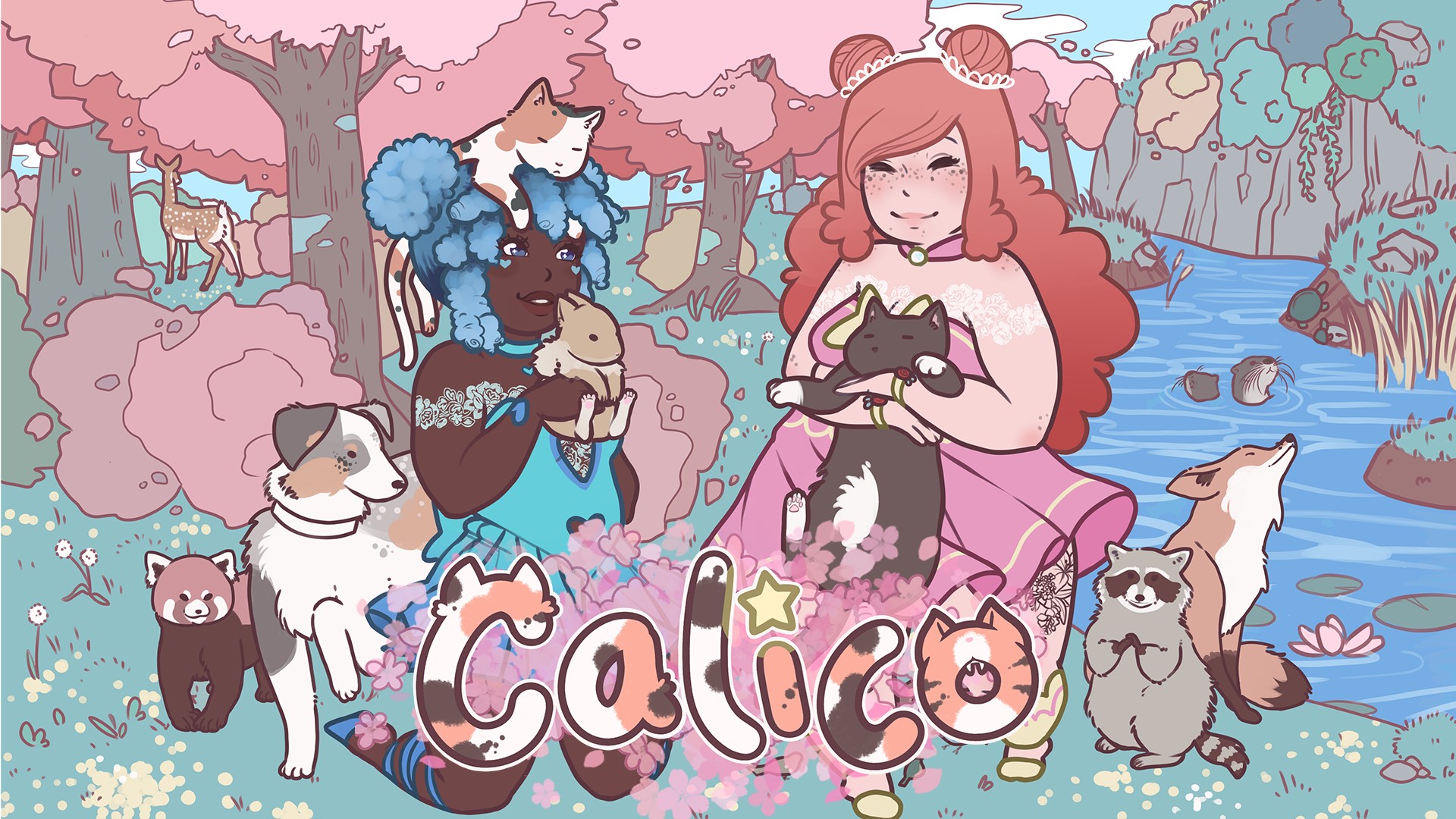 Calico sets itself up from the get-go as a positively enchanting experience. The game’s premise quickly establishes a sense of safety and welcomeness — you are now the proud owner of a cat café on a pastel-colored island filled with magical inhabitants and adorable animals. The café, once owned by your aunt, was left to you not due to the cliché of her passing and listing you on her will, but rather because she has retired and is joyfully traveling the world. This sense of security permeates throughout Calico in its kindly cast, inability to fail quests, and the sense of trust that builds between you and the characters and animals of this magical island. You may invite almost any animal you find to stay at your café, and even if you leave them on their own in the wild, you may still play with or pet them. In between cooking scrumptious café treats and decorating your house interior, the bulk of the gameplay comes from helping your pleasant new neighbors with various tasks and opening up more of the island to explore.

Calico also aims for accessibility and succeeds in many ways. The character customizer allows for vast diversity, which is mirrored by the NPCs. Calico’s accessibility also benefits from its safety. For instance, NPCs have their own schedules but do not take time off to sleep. Although it may seem odd, this allows players to fill their in-game day however they please and still finish quests at any time. The result is what should be a very pleasant experience, as soft and comforting as the cats, dogs, and bunnies you cross paths with throughout the island. But unfortunately, issues build up like matted fur, culminating in a game that is a bit too rough around the edges.

Some flaws are understandable from a first-time two-person development team. Right off the bat, I had a hard time adjusting to the game controls because I played on Switch. While I understand having the bottom button act as “Accept” for most platforms, not changing it for Switch players means that they have to use B as “Accept” and A as “Decline.” More applicable for any player is that when you open the world map, it doesn’t snap automatically to your location, forcing you to shift it around to find where you are. The map illustration is accurate, for the most part, but the sheer size of the island can make navigation difficult, and the icon that marks your location is a simple circle with no indication as to which direction you’re facing. Thankfully, both these issues have been patched in free post-release updates, which really improve the overall feel of the game.

Other flaws can’t be fixed so easily. Part of the reason why having no direction indicator on the map was such an issue pre-patch is because the game’s setting is enormous. The island’s massive size seems sensible at first, as the scale is realistic, but it doesn’t do you many favors when actually playing the game. Most quests involve speaking to someone, fulfilling a task elsewhere, then returning to speak to them once again, meaning you’re traveling a lot. You spend more time moving from location to location than actually executing tasks — and even on a faster mount such as a giant cat, traversing the vast island can take quite a while. This would admittedly be much more fun if there were more inhabitants and buildings or wild animals along the way, but the island is mostly empty. Instead of focusing on realistic scale, filling the island — or chopping most of the long, empty roads in half — would have made the gameplay more enjoyable.

What does turn out to be quite enjoyable are the characters and scenarios. The dialogue is charming, and major plot points are genuinely clever. My favorite example is the giant cat blocking your way to one of the island’s next biomes. It is ungracefully stuck in a fallen hollow tree, and you encourage it to get out by using the lighthouse beacon as a giant cat laser. Even a crazy cat person like myself couldn’t come up with something so sharp yet so natural. And characters always have something funny, punny, or flat-out sweet and supportive to say. I truly enjoyed getting to know the literally and figuratively colorful cast — but because I played through the game pre-patch, I experienced seemingly random instances where dialogue chains didn’t work properly. Partway through certain events, the conversation just stopped entirely, even before a dialog box could finish typing out its message. While I genuinely love that these issues have been ironed out through patches, I unfortunately can’t just forget that these issues existed in the game in the first place.

Another such issue is how sometimes you can’t even find the NPCs necessary to continue quest progression. Although the map does intelligently include markers to show where NPCs are located, sometimes the NPCs simply vanish. When I wanted to return a lamp to a character, she disappeared from her usual spot, and her icon wasn’t on the map at all. Another time, I had to speak to the lighthouse keeper to inform her that the giant cat had moved, but she and another NPC were stuck floating above a river, completely out of my reach.

But in spite of experiencing various glitches that prevented my progression in some way or another, like the Houdini-in-training NPCs, I genuinely wanted to see the game through to its end. Before the patches, I found that restarting the game alleviated these issues, at least for a little bit. And while this “quick fix” doesn’t come close to justifying the problems I encountered, I still did it anyways, numerous times, because the heart put into Calico manages to shine through. The simple act of exploring a relaxing island filled with adorable animals is fun in and of itself.

But it eventually got to the point where restarting the game no longer solved my issues. The giant cat that had solidified my adoration of the game’s writing was supposed to be blocking my path to the next area. I needed to present it with a giant mouse toy filled with magical catnip to get it to move — but it was floating yards above the ground with no way for me to reach it. I had to wait for the patch that would bring this giant cat back down to earth. When it finally arrived, I was glad to see the end of the main campaign, but the final area of the island is similarly vast and empty like the rest of the biomes.

Unfortunately, these elements that are inherent to the game can’t be easily patched out, if at all. And while Calico‘s current state is vastly improved from its initial release thanks to these patches, its initial launch state can’t just be swept under the rug. But the continued effort to improve the game, combined with its welcoming, comforting, and charming nature shining through these unpleasant mats of fur, makes it clear that Peachy Keen Games is a developer with a lot of potential — and I can’t wait to see what they can do in the future with more experience.

Cute, sweet, charming, endearing, and relaxing, Calico is as comfortable as a purring cat.

Glitches big and small, along with some less-than-ideal game design choices, may leave you growling.

There's a foundation for a fun game beneath all of Calico’s flaws, but some pets aren't a good fit for everyone.