If you have a goal in mind, Disgaea 5 Complete probably has a switch you can flip to make it easier to reach. 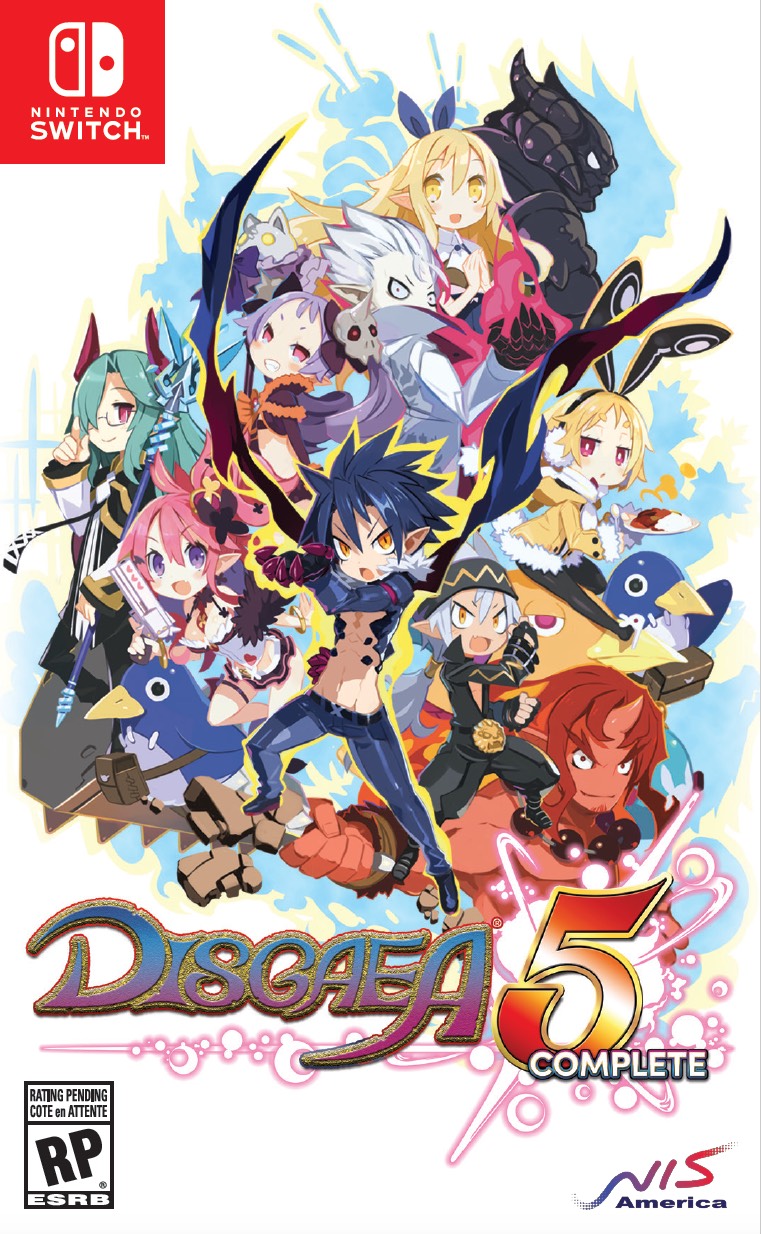 Iteration, iteration, iteration. The Disgaea series was first known for deconstructing the grid-based strategy RPG and putting it back together with the aplomb of a cartoonish mad scientist. Damage limits? Level caps? Disgaea laughs in the face of such trivialities. Now six entries deep, it continues to push beyond its limits. The numbers keep getting higher, the roster keeps growing bigger, and each game’s story delves further into slapstick absurdity. Enter Disgaea 5 Complete, the biggest, most feature-rich game in the series yet. It’s also the first to grace a Nintendo console in nearly a decade.

Disgaea 5 Complete is not an entirely new game; it originally released for the PlayStation 4 back in late 2015. So what’s different? For one, all of the DLC previously sold separately for the PS4 version is now included at no extra charge. At press time, the season pass for Disgaea 5 on PS4 is priced at $35, so there’s no question that Disgaea 5 Complete is a superior package in terms of raw dollar value. Second, and perhaps more important, is the inherent benefit of having the game on a portable device. This is more of a commentary on the convenience of the Switch hardware than anything else, but because Disgaea 5 Complete has the potential to last for hundreds of hours, the ability to take it on the go is a godsend… er, “demonsend?”.

I admit I’m something of a reformed Disgaea fanboy. I once danced on the cusp of obsession with the series; my shelves were rife with Disgaea figures, books, and assorted merchandise. The original Disgaea was a breath of fresh air for a genre full of grounded, self-important political stories, and I never wanted to go back to its boring ol’ contemporaries. At least that’s what I thought back in 2003. Unfortunately, the brand of humor Disgaea is known for has not aged particularly well, and it has long become stagnant in my increasingly bloodshot eyes. I can only handle so many jokes about overworked Prinnies and curry-obsessed demons. It feels derivative and tired. Like Cady in Mean Girls before it, it’s almost as if Disgaea has been assimilated into what it originally set out to parody.

Yet after being put off by Disgaea 3’s juvenile themes and only dabbling in Disgaea 4, I’m happy to say that Disgaea 5 Complete is the most compelling entry in the series since it first debuted. The story and characters do nothing for me, but I’ve never seen a strategy RPG so abundant in sheer content. In addition to a full-length story campaign, there are numerous side episodes to conquer and new mechanics, like the Limit Break-esque Revenge system, to master. It does veer precariously toward excess, though it’s possible to ignore some of the micro-level systems (Innocents, the Item World, Netherworld Research, etc.) and still get by. You’ll be performing sub-optimally — which is a little silly, considering that Disgaea is all about getting knee-deep in minutia — but you’ll be okay.

What I find most gratifying are the myriad ways Disgaea 5 Complete maximizes the efficiency of character growth. Being able to quickly bring new units up to speed using the Skill Shop is a tremendous time-saver, as is the ability to modify the balance of incoming resources like experience points and money using the Cheat Shop. This helps to encourage experimentation in team composition, which is important, considering how many options are available at any given moment. If you have a goal in mind, Disgaea 5 Complete probably has a switch you can flip to make it easier to reach.

Disgaea 5 Complete shines on Nintendo’s new console by virtue of its convenient features and sheer volume of content. Its bright and colorful presentation pops on the Switch, opening a window to its nigh-infinite depth. Even in an unusually heavy season of strategy RPG releases, it’s still worth picking up, though Disgaea 5 veterans won’t find much new in this re-release. As a lapsed fan of the series, I’m glad I had the opportunity to reconnect with its off-the-wall gameplay, but I’m even more glad that there’s an option to skip its blithering story segments.

Maximally convenient on almost every front, bright presentation is easy on the eyes, great to take on the go, has a seemingly endless amount of options and things to do.

The story and humor are too juvenile for this reviewer, dub is flat, soundtrack never stands out, can be a little too complex at times.

The ultimate version of Disgaea 5 goes deeper than ever into strategic minutiae, standing out as a fantastic value in spite of its cringe-worthy humor.